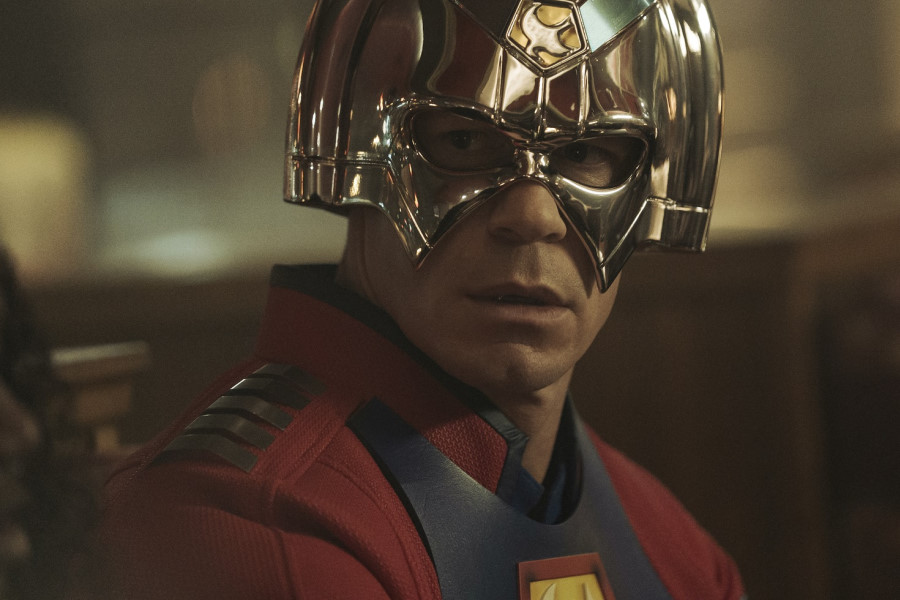 Facebook
Twitter
Pinterest
WhatsApp
Index hide
1 Some people defend peace by promoting unity, understanding and common respect. Others do it through diplomacy and conflict resolution. And then there’s Peacemaker, whose story we present to you.
2 Your first steps for peace
3 Peacemaker mission begins
4 Voices in the head (This cab… is crazy)
5 Recruited by Task Force X
6 Do you accept the new mission of the Suicide Squad? Meet her at SMASH and DC Comics México
7 Also being read:

Some people defend peace by promoting unity, understanding and common respect. Others do it through diplomacy and conflict resolution. And then there’s Peacemaker, whose story we present to you.

What happens when you combine a strong sense of pacifism with a heavy arsenal? You end up with Peacemaker, the armed “hero” who loves peace so much that he is willing to kill for it. This may seem like an unusual description for a supposed nice guy, but Peacemaker is not your typical crime fighter, as you are about to find out in his story.

Do not miss: When and where is the premiere of the first season of Peacemaker?

The world’s greatest pacifist (his words, not mine) made his big screen debut this summer in James Gunn’s The Suicide Squad and will return next week in the long-awaited HBO Max spinoff, Peacemaker, where will come alive again. by the iconic John Cena.

It’s guaranteed to be rude and violent, you know, as most pacifist-based shows are.

If your only exposure to Peacemaker has been through The Suicide Squad, then you may be curious to know who he is and what kind of hero he is proud to talk about eating … [tosemos] … “A beach full of penises”. Well, if that’s you, read on. Time to meet the Peacemaker.

Your first steps for peace

Comic book readers first met Peacemaker in Fightin ‘5 # 40, published in 1966 by Charlton Comics. Christopher Smith was sent to the Geneva Arms Conference, where he used his skills as a diplomat to work for world peace.

Smith constantly described himself as a pacifist and talked about how much he loved peace, even though he had a well-stocked armory in his castle.

That castle was known as the Palace of Peace, which seems like an appropriate name for a base full of weapons. Smith’s thought balloons at the time revealed that he had sworn never to use the weapons, but it makes one wonder why he was collecting them in the first place. Maybe he was trying to get them out of circulation?

Smith’s occupation as a peace envoy put him in the face of international threats and he soon realized that the only way to protect the peace was to fight for it. “I detest violence, but due to my inadequacy, thousands of innocent people can die! I must do what I vowed never to do, ”he said.

Christopher Smith donned overalls, a jetpack, and a specially armed helmet (it does look like a silver toilet seat, though) and became a Peacemaker. His superhero glyph was a white dove, symbolizing his pacifist nature, which was sure to contrast with the weapons in his hands and on his head. His helmet could fire lasers, but every time he fired them, he reminded readers how much he hated violence.

After appearing in two issues of Fightin ‘5, Peacemaker received his own title that lasted for five issues… and then nothing. After his comic was finished, Christopher Smith slipped into comic obscurity until the decade of glorious American excesses that was the 1980s.

By then, DC had acquired the rights to the Charlton Comic characters, leading to Peacemaker appearing in Crisis on Infinite Earths before integrating alongside his Charlton counterparts into DC’s main Universe. In 1988, Peacemaker reinvented himself with a four-issue limited series … and that’s where things got a little crazy.

Voices in the head (This cab… is crazy)

As we’ve mentioned several times, Peacemaker’s violent tendencies are in contradiction to his pacifist nature, which is why writer Paul Kupperberg leaned towards that and wrote Smith as a lunatic.

Read:  A great Clint Eastwood in a bumpy movie

In this shot, Peacemaker was being haunted by the ghost of his Nazi father. Wolfgang Schmidt committed suicide when Smith was a child and the death of his father traumatized him. How bad does it get? Peacemaker hallucinates his father’s ghostly voice criticizing his every move during his missions.

Imagine having a DVD commentary on your life, only he hates everything you’re doing and he’s a psycho fascist. Is it any wonder that Peacemaker is a little crazy?

Peacemaker also believed that his helmet contained the souls of everyone he had killed, which is a horrible thing. Is it really safe to let someone like that be near guns? Still, proving there is no depth she’s not willing to sink into, Amanda Waller recruited Peacemaker to join an elite black ops group known as… The Shadow Fighters? (Perhaps Waller thought Peacemaker was not Task Force X material.)

Waller sent the Shadow Fighters to take down Eclipso, but the villain slaughtered the entire team in 1993’s Eclipso # 13. Perhaps the Suicide Squad would have been an appropriate name after all.

After dying, Peacemaker was sent to purgatory along with other fallen DC heroes. He was briefly seen on Judgment Day # 3, where he fought alongside a group of living and dead heroes against an army from purgatory before mysteriously returning to life and spending time as a mentor to Jaime Reyes, the Blue Beetle.

So what are you doing today? Peacemaker recently started working for Amanda Waller again, proving that the guy never learns from his mistakes.

In 2019, Smith received his own backup role on Inferior Five, where he went on missions for Waller as his mental state continued to deteriorate. He spent most of the story arguing with his helmet, which really makes one wonder if Waller needs to improve his investigative process. Still, it can be effective from time to time.

At one point, Peacemaker used his helmet to fry KGBeast’s face, calling the measure “the vision of peace.” Peacemaker currently appears in Suicide Squad, where he and his fellow Task Force X members carry out secret missions for Amanda Waller.

In other words, do pretty much the same thing you did when you last saw it on screen. Christopher Smith has clearly come a long way from his roots in Geneva, but the dove on his chest is a stark reminder that above all else he is a champion of peace and will kill all men, women and children to protect it. .

You may also be interested: Start the year with the final trailer for Peacemaker

Harley Quinn and Deadshot are veterans of the squad, and it will be difficult for them to trust their new companions – the very targets they sent to kill. Perhaps this new team will survive the mission … but they will most likely kill each other, so don’t get attached to either one.

Batgirl: Daisy Ridley and Katherine Langford Could Play Her

How many sets and reps do I have to do?

Vincent D’Onofrio talks about Kingpin in the MCU

Blockbuster could transform into a “revolutionary” streaming service | Entertainment