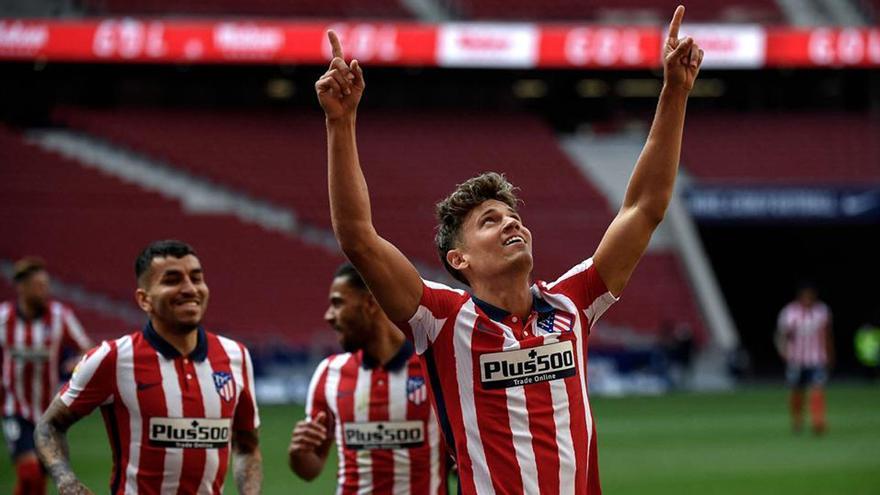 Marcos Llorente placeholder image He has become one of Atlético’s most authoritative voices and is today one of the most senior footballers on and off the pitch.

The versatile rojiblanco player was at El Larguero de la Cadena SER to analyze the current situation of Atlético and the situation of the League champion this year: “I don’t think we are the team to beat. I think there are other great clubs that will also be the rival to beat and in the end we are always four or five teams there fighting up and this year will not be less. It may be before, yes it is true that Madrid and Barça had seasons that were devastating and I think that we have managed to put our heads there and quarrel”.

Llorente He assured that now they have more ambition to win all the titles although they recognize that it is still just as difficult: “Obviously we are the champions of last year, that is not going to be taken away by anyone, but on the contrary today that of having been champion in reverse … any team right now can beat you perfectly and from that we try to evade a bit and in the end we want to compete for everything but we are also aware and I think that people a bit also that it is very difficult to win a league “.

He acknowledged that they had improved a lot in the offensive field compared to the previous season: “Yes, we have many players at the top who can make differences that can unbalance, we are a powerful team so to speak but we do not compare ourselves with other teams, I think Madrid and Barça also have very, very powerful players at the top, very unbalancing “.

Read:  Why did the premiere of 'Ms. Marvel 'could it be delayed?

He also referred to the complicated situation of Griezmann although he was optimistic about his performance: “I think they are moments. The forwards above all live from the goal and there are moments that they do not enter or that it costs them more to score and then there are other moments that put them in all colors. there is no doubt that Antoine He is a top player who is very important to us and who will sooner or later end up scoring his goals helping the team. He is a player who is calm, he is a boy who thinks a lot about the team, hardworking and we all know him and we know how important he is to the team and we will help him in whatever way we can. “

Lament Llorente that a sector of the fans whistles at the former Barcelona player: “These are things because they end up surprising a bit because well, in the end, the Atlético are very athletic and they have to understand that right now Antoine He’s an Atlético de Madrid player and that those whistles obviously don’t help him but neither do the team, in the end those whistles also affect the rest of us. I, for example, when I’m on the pitch and I listen to them because I obviously don’t like them, you come to understand it because in the end the fans are free to express themselves as they want, but if you ask me, I’ll tell you that I don’t like them and they don’t help or to Antoine or the team. “

The Nokia 6310 returns with a 21-day battery, and the famous Snake!