Bullfrag
Home Uncategorized Which cable is better to carry the fiber connection at home? 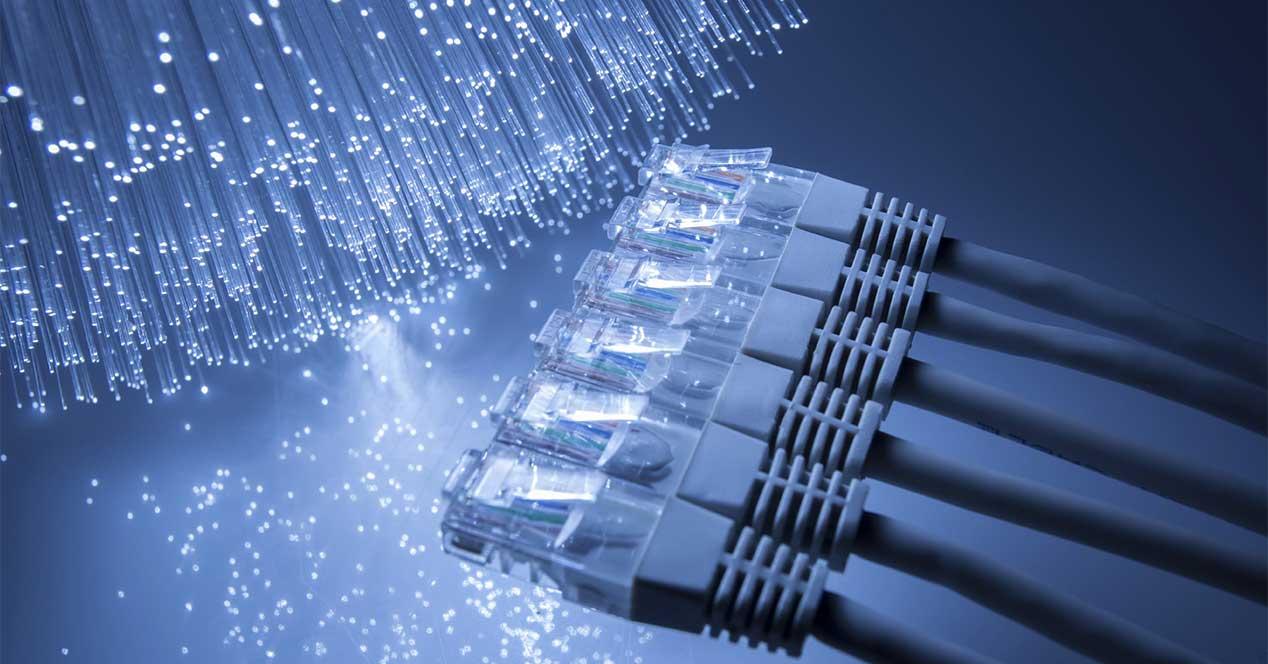 Users are increasingly demanding with their internet connections. Speed ​​is the most important aspect, but stability and latency in the signal we receive are also key. For this reason, the WiFi can be short on occasions, and it is essential carry a cable up to where we are. However, is it better to wear a optical cable or an Ethernet?

If your house is new, or you are worried about having good internet connections, it is very likely that you have Ethernet jacks at various points in your house. Doing that involves carrying tens of meters of cable through the wall until reaching the destination, usually having a router or a switch as the point of origin.

Ethernet cable: the best ally for Internet at home

With a Ethernet network cable, the stability it is perfect with regard to WiFi. We can take a cable to distances of even 100 meters without losing speed if we have a Cat-5e cable or higher and we have 1 Gbps Ethernet ports. In addition, at the destination we can connect that cable to a router or a repeater and create a WiFi access point that is integrated into our main network, so we do not have to change the access point and we can enjoy the maximum speed also by WiFi in another room.

For this reason, traditionally, the best option to carry wiring throughout our house has been Ethernet, since it is rare that distances of more than 100 meters have to be covered with a single cable. Other options like WiFi or PLC amplifiers They also allow us to take Internet to areas where we do not have it without pulling cable, but the result is usually worse. However, there is another option to have maximum speed at home: plastic fiber optic cables.

Movistar did a pilot test to offer the installation of this wiring at home, but finally they did not add it to their commercial offer, probably due to its high cost. However, there are a multitude of kits plastic optical fiber that we can buy online to make our own.

These kits are usually quite expensive, especially the more meters of fiber they carry. In Amazon we found one of ACTELSER with a 20 meter cable by 128 euros. The operation of the kit is very simple: you connect an Ethernet cable to the router, and you take it to one of the converters. This converter carries the signal through the fiber cable until it reaches the receiver at the other end, from which another Ethernet cable comes out. 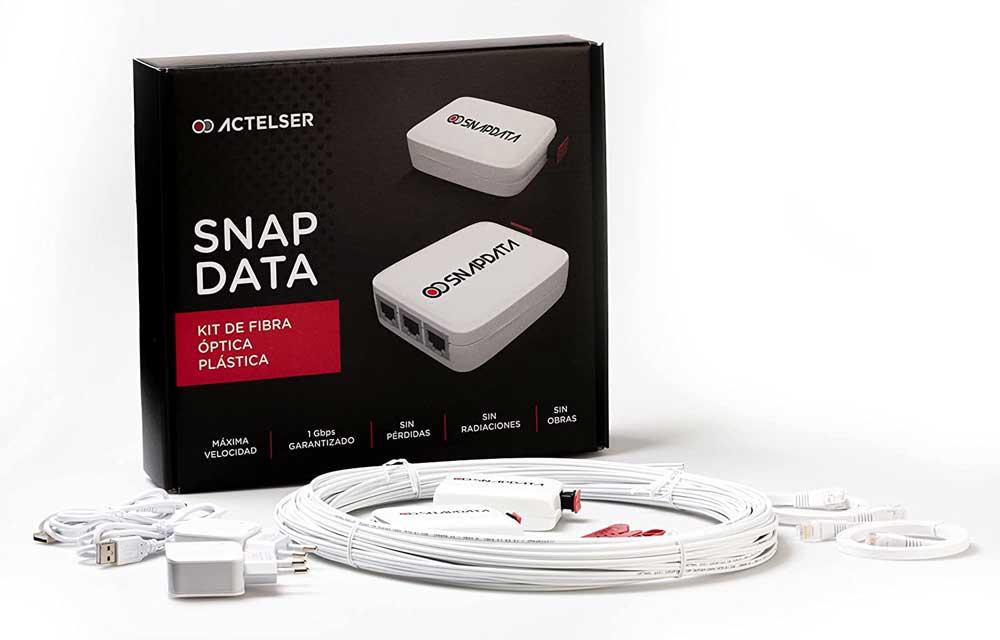 The operation of this technology in the eyes of the user, simply identical to that of the Ethernet cable. In the end you won’t notice any difference in the user experience, since for example with a 1 Gbps fiber connection you will receive exactly the same speed at the other end, in addition to the same latency and stability. And the Ethernet cable is much cheaper, since a 100 meter roll Cat.6 it hardly costs 40 euros.

Ethernet cable is better and cheaper

So, it is a lot cheaper to use ethernet, and you have for much greater distance. For what the plastic fiber optic costs you have to put several outlets throughout the house, in addition to buying crimper heads RJ45, one or two switches, and even pay a technician for you to install it. In addition, the electrical consumption is lower, since with the plastic optical fiber it is necessary to have the transmitter and the receiver connected to the current, while the Ethernet cable goes directly to the router.

Looking ahead, a Cat.7 Ethernet cable will be more than enough for 10 Gbps fiber, and even one Cat.6 within about 34 meters. In the future, if new speeds appear, it may be that, if you don’t want to pass new cables, plastic optical fiber will suit you, since in that case you only have to change the receivers and transmitters. Although even in that case the investment is still much higher.