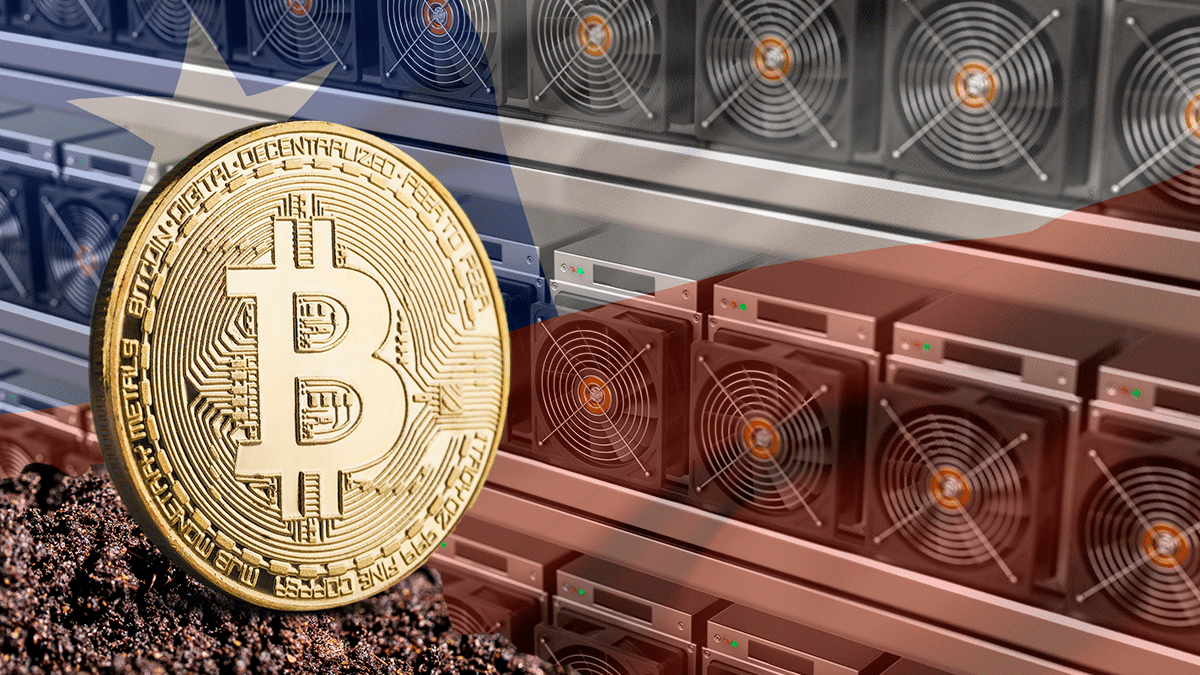 A long-term business. A projected view. An investment whose results will come from the hand of patience. That seems to be the view that exists in Chile, where the profitability of mining Bitcoin (BTC) and other protocols such as Ethereum (ETH) varies depending on different factors.

As in most of the countries that we have visited in this series of CriptoNoticias, in Chile the price of the currency that is being mined prevails. This, in addition of the model of the device that is being used for mining.

In the precise case of Bitcoin, computers with a low hash rate they are meant to respond with red numbers while mining cryptocurrency. This is due to the high energy costs that must be paid in Chile, which mainly affect older equipment.

On the Ethereum side, the situation does not change much. For example, undermining this protocol in Chile could leave questionable profits, just over $10 a month. This is if an efficient video card (GPU) is used, such as an RX 6600 XT from AMD or an RTX 3060 Ti from Nvidia, following the estimates of Hernán Maureira, a Bitcoin miner who spoke with CriptoNoticias.

Nevertheless, this does not prevent the activity –in full– from being profitable in Chile. Although it is not enough to be industrialized, it is true that there is room for the spread of mining companies that contribute to the network, while they make money.

Index hide
1 Chile has green sources of energy, but it is expensive
2 “For a theme of vision”
3 An average electric cost
4 Accessible hardware?
5 How much is earned by mining?
6 Not to mention industrialization

Chile has green sources of energy, but it is expensive

Chile is one of the world’s leading countries in the production and consumption of renewable energy. At least 48.3% of the installed electrical capacity comes from of green fontswhich allows to balance the affectation to the environment.

But it has expensive electricity rates. There are areas where you should to pay up to USD 0.36 per kWh or 300 Chilean pesos (CLP). This if it is for residential consumption greater than 75 KW per hour and the service of the Sasipa operator has been contracted. Also exist averages 12 cents (or CLP 100) for the energy consumption of a company or industry, according to GlobalPetrolPrices, which are slightly above the world average.

These characteristics make it difficult–profitably speaking–to engage in Bitcoin mining from a house or apartment in Chile, due to the high electrical demand it requires.

However, there is a boom in the mining of other cryptocurrencies. There is a market for Ethereum mining rigs available on social networks and various press reports to that effect. According to estimates from a local media there are up to 3,000 miners in and around Santiago.

“For a theme of vision”

Hernan Maureira, specialist in Bitcoin mining from the NGO Bitcoin Chile (Achicrip), told CriptoNoticias in detail the aspects that, in his opinion, are important to measure profitability. He maintains that, In the long run, there is more chance of winning than losing by mining Bitcoin.

“I think it will always be profitable, but for a vision issue, that is, in the long term,” Maureira said in a video call with this newspaper. “It is profitable depending on the current price of bitcoin. It depends on the equipment you have. If you are mining with ASICs, you need a certain model upwards », he explained.

For it to be profitable to mine Bitcoin in Chile, the ideal is to maintain operations with machines of 70 TH/s forward, with 3,200-3,400 W of consumption, running 24 hours a day.

For Maureira, mining can be seen as a projection, where future price horizon can help forecast profitability starting from the range of movement of bitcoin, “which will always be on the rise.”

In any case, it maintains that in Chile has failed to see a bitcoin miner “who has regretted mining.”

alexis washing, an Ethereum miner and also a member of the bitcoiner NGO, spoke with CriptoNoticias. According to the operator, electricity is quoted at an average of 21 cents of the dollar (USD) for each kilowatt-hour (kWh). Here the costs of administration and transmission of electricity are considered.

That figure is more than what is paid in countries close to Chile. In Paraguay, for example, the monthly cost for energy is around USD 0.033 per kWh and in Venezuela about 10 cents per kWh.

Furthermore, in Chile, electricity is generated, transmitted and distributed by private companies in most cases. The Endesa Group, Colbún, GFD Suez and others are part of the largest electricity producing companies in Chile. These maintain contact with others such as Chilectra, Enersis and PP&L for distribution, which they achieve with the support of Transelec and other companies that make up the Chilean Interconnected System.

The point is that these companies offer their services to miners, with prices that, according to Hernán Maureira, can exceed USD 240 per month for a single piece of equipment that consumes 3,500 W (although it may vary). The rate can be contrasted with El Salvador, where there are miners who pay up to USD 450 for operations of 5 megawatts (MW).

Either way, Lavado explains that altcoin mining requires a longer-term view and, in turn, “a lot of clarity on the energy costs involved.” This before the necessary hardware is purchased, as he remembers that at the current times “not all altcoins are profitable to mine”.

Read:  Bitcoin Must Defend These Price Levels to Avoid a "Much Deeper" Drop

According to Maureira, In Chile it is possible to access cheap ASIC miners, up to USD 400. This in the case of Bitmain’s Antminer S17 (56 TH/s), whose import estimate is USD 200. To this must be added 19% of the cost of the equipment, which must be paid as a tax to the Chilean State, according to explained to us. Its price can be contrasted with Venezuela, where an S9, which is a device with more time in the market, is traded at similar prices and up to more expensive.

The S17 is a hardware with several years in the market, but it is still used to mine the network. In fact, it appears in a list provided by brains that discriminates between the equipment that is most used for mining.

If they are state-of-the-art miners, such as the S19 Pro (110 TH/s), in Chile they could be obtained above USD 10,000, as he explained, so he said that in that case he would choose to travel and take it to his country.

However, we consulted MercadoLibre Chile, one of the most used e-commerce sites in that country, and we found prices very different from those referenced by Maureira. For example, an S17 is in about $5,700. A Canaan Avalon 1066 (50TH/s), meanwhile, is trading at USD 3,300 or what is equal to 2.8 million of Chilean pesos.

In the field of GPU mining, the scenario is a bit more expensive. For example, a complete mining rig with an RX 6600 XT video card from Asian AMD would cost USD 1,400 in Chile, following the suggestions of Alexis Lavado. He highlights that this would be a “more efficient than powerful” card.

An entire rig, made up of four Nvidia RTX 3060 Ti cards, ranges from $5,300 in Chile. This according to a publication on the same site of e-commercewhere the supply of clothing necessary to create a rig prevails, such as the skeleton of the structure, which can be negotiated in the order of the $60 – $120 in MercadoLibre.

How much is earned by mining?

In general, it depends on the machine used, as in most countries. Mentioning the same example, a Bitmain S17 could leave profits of USD 190 per month for mining Bitcoin. If a more powerful miner is used, such as an S19 Pro, the profit amounts to about USD 300 per month. This according to Maureira’s calculations.

If contrasted with other nations in the region, the truth is that incomes are in the same range. In El Salvador, for example, they earn from USD 300 to USD 1,000 for mining with this state-of-the-art equipment, although here the size of the investment made has to do with it.

When it comes to GPU mining, the reported earnings could be enough to make an investor doubt their move. And it is that, according to Lavado, an RX 6600 XT can leave daily profits of USD 0.51 (discounting electricity costs), for a monthly total of just USD 15 or USD 16.

He defends that situation:

It may not seem like much, but the truth is that when you plan and the price of ether rises, that is when it becomes more profitable. As well as if you scale in the number of graphics cards.

Not to mention industrialization

It is true that mining has had a growth in Chile, with organizations like Bitcoin Chile doing everything possible for its recognition. In fact, it was learned that this group sent a valuation proposal to the Constituent Assemblylooking for Bitcoin mining to be taken into account as a value activity.

But even with that, Chile is still far from the industrialization of mining. For Hernán Maureira, the Chilean businessmen who have the capacity to mine Bitcoin on a large scale, they will do it but outside the country, in a place where it is “cheaper to have equipment.”

There are medium-sized projects, but I don’t see a megaproject in the short term, because of the issue of electricity. They would have to fix that first and then get it working.

He agrees with Alexis Lavado, who suggests that to industrialize you need a “set of skills”, both in software and hardware, “that if you don’t like it, it will be difficult for you to want to undertake in this area.” This, in addition to the initial investment, which is high. “Having a farm requires a lot of capital,” he noted.

And he mentioned education, which in terms of Bitcoin mining “is practically nil” in Chile. “If you’re not a tech enthusiast, then you’ll hardly dive into the world of cryptocurrencies,” he said.

As Chile slowly heads down the path of Bitcoin mining, more excitement is building. It is a country where profitability depends on how the investment is carried out and where it is necessary to carry out an in-depth study before moving forward, remembering the numerous benefits –and risks– that they entail.

5 books that give a master’s degree in customer service