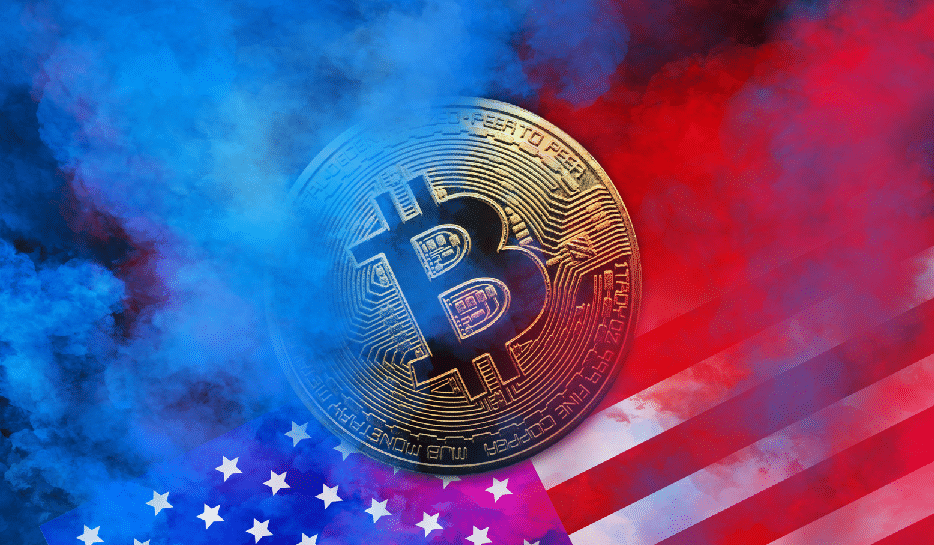 There is uncertainty as to whether a new bear market has already started in the price of bitcoin (BTC) or whether the recent visits to the $25,000 zone this week are nothing more than a correction, within a macro uptrend.

To try to glimpse where the price of the digital currency is heading in the short and medium term, seeing what is happening with the US market and its stock market indices may be a good option.

The reason is that in the week ending today, the correlation between the price of bitcoin and the US stock indices, S&P500 and Nasdaq, reached a new all-time high.

The reason seems to be that many big-cap investors see BTC as just another risky asset. The cryptoanarchist ideals with which Bitcoin was conceived, or the technological developments around that digital currency, are for them something secondary, if not irrelevant. The possibility of speculating on its price is what moves them to make purchase or sale decisions..

Thus, little by little, over the years, the price of Satoshi Nakamoto’s cryptocurrency danced more and more to the rhythm of the world economy (which is led by the US). recent price movements, both bitcoin and S&P500 and the Nasdaq, they prove it.

As seen in the chart above, that trend seemed to be doubtful until the beginning of 2020. Bitcoin was emerging as an ideal “counterinvestment” to keep its faithful covered against the risk of the fiat system and the “black swans” of the traditional stock markets. .

But, since the fall of the markets due to the COVID-19 crisis, in March 2020, it was seen that neither BTC nor other crypto assets remained safe. Since then, with a few exceptions, the correlation between BTC and the US economy has only increased.

On the correlation with the Nasdaq, a US stock market that brings together technology companies, Mike Boroughs, founder of the Fortis Digital investment fund, he said when asked by the press: “Five years ago, the people who were into crypto were crypto people. Now you have guys that are across the spectrum of risky assets. So when they get hit there, that affects their psychology.”

Considering the aforementioned correlation between BTC and S&P500 stocks, it will be useful to know what projections there are for the economy of the United States in the short and medium termto see where the price of the digital currency could head.

The US 500 Stocks Index hit a 3-month low this week. The reason appears to be the existing concern about the measures that the Federal Reserve (Fed) will take to tame inflation.

Kristina Hooper, Chief Global Markets Strategist at Invesco, is convinced that “markets are leading the start of a return to a more normal monetary policy environment.” The raising interest rates is one of the tools of the US government to try to control inflation and the latest measures by the Fed have gone in that direction.

What may be good for the pocketbook of the average American is not so good for financial speculators. When interest rates rise, investors become more conservative and tend to shy away from risk and equity instruments. This is where stocks come in, and so does bitcoin.

Added to this is the fact that the inorganic monetary issue in the United States —which during 2020 reached record figures— could stop. At least, for now, there have been no announcements of new “financial stimulus” or anything like that.

Although this issue was mainly responsible for the current inflation, that additional money that was injected into the economy to alleviate the consequences of the coronavirus crisis was destined by its recipients, in large part, to investments. Both the stock market and bitcoin were in the green for much of 2020 and 2021 due to the flow of incoming money.

This flow is no longer present, so it could be thought that a calmer time is expected, which may be lateral or with a certain downward trend, for variable income assets.

Having said all this, it is worth noting that, although the correlation between bitcoin and the S&P500 reaches an all-time high, it is only around 0.33. This correlation is far from absolute (which would be indicated by a value of 1).

In the case of Nasdaq, its correlation has reached 0.82 this week. Although closer, it is also far from being an absolute correlation. The greater proximity is explained by the greater similarity or relationship that the cryptocurrency has with a technology company than with an S&P500 company, for example, Coca Cola.

As can be seen in the graph analyzed here, on several occasions this correlation index fell rapidly and considerably. Just as there are potentially negative indicators for the price of bitcoin, the digital currency also has bullish fundamentals that remain intact and, if necessary, they could cause the correlation trend to be interrupted.

The digital scarcity that only Bitcoin offers continues to attract investors. Y those who have been in this market the longest they seem determined not to drop their coins at these prices.

As CriptoNoticias has reported, relevant figures such as Michael Saylor (CEO of MicroStrategy) or Nayib Bukele (President of El Salvador) are convinced that the price of bitcoin is in a “dip” (fall, in English). For them, it is a correction and not a bear market.

Even if bitcoin were to fall further in price, it could be considered a good opportunity to acquire it at low prices. If it is in a bear market, history may repeat itself and, after the next halving, which will occur in 2024, new all-time highs should be seen.

Robert Kiyosaki, finance specialist and author of the book “Rich Dad Poor Dad”, sees this as a unique opportunity to invest in bitcoin. On May 12, the Hawaiian, who is followed by almost 2 million people on Twitter, wrote:

“Bitcoin breaking [crashing]. Great news. (…) I am waiting for bitcoin to fall to USD 20,000. Then I will wait for the test of the bottom, which could be $17,000. Once I know the bottom is in, I back up with the truck. Accidents are the best times to get rich.