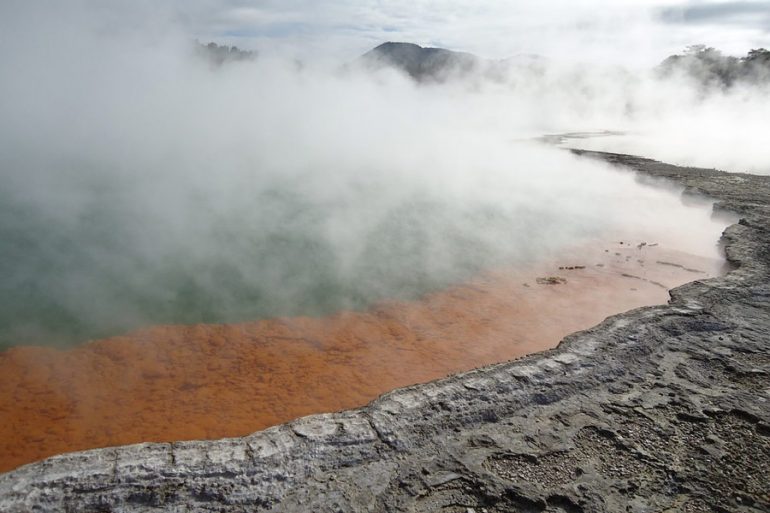 The arsenic is a hazard to the least 140 million people in 50 countries. In some such as Bangladesh or India, its inhabitants are daily exposed to ingest water contaminated with this element that causes health complications and economic losses.

Water contamination by arsenic can occur both in natural conditions, that is, in geological environments that facilitate its mobilization, as well as by human intervention because of the industrial wastewater.

In its inorganic form, it is very toxic and is naturally present and in high quantities in groundwater from countries such as Mexico, China or Mongolia. Although there is a wide variety of technologies that help eliminate it, there is not a single method that does so 100% and its widespread application remains limited; The techniques used have demonstrated efficiencies of between 50 and just over 90%.

Here we explain where it is and how this element damages human health.

Index hide
1 WHERE IS IT LOCATED?
1.1 Natural element
1.2 Existence
1.3 Presence in food
1.4 Erosion of rocks
1.5 The human also pollutes the soil
1.6 Recommended limit
2 HOW CAN A PERSON BE EXPOSED TO ARSENIC?
2.1 Other ways to ingest it
2.2 The countries with the most areas of water contaminated with arsenic are:
3 SYMPTOMY
4 HUMAN USE

WHERE IS IT LOCATED?

It is a natural element of the earth’s crust and is widely distributed throughout the environment: air, water and earth.

The arsenic exists in two forms: organic and inorganic. The first is less harmful to health; the second is extremely toxic and is the one that contaminates the water.

The arsenic is present in the food we eat, mainly in organic form (called arsenobetaine), which is much less dangerous. We can find it in fish, shellfish, meats, poultry, dairy products and cereals.

The geogenic (natural) way in which water is contaminated occurs due to the erosion of arsenic-containing rocks, arid areas with high pH that mobilize it in groundwater or by volcanic eruption.

Read:  The secret weapon of the AMD RX 7000 GPUs against Intel and NVIDIA

The human also pollutes the soil

The other way that water is contaminated is by humans. This occurs through the use of fertilizers and pesticides, waste disposal or industrial manufacturing.

In the underground mantles of many countries it is found in large quantities. The limit recommended by WHO for the concentration of arsenic in drinking water is 10 µg / l, although in some countries other levels have been established due to the characteristics of the region.

HOW CAN A PERSON BE EXPOSED TO ARSENIC?

Other ways to ingest it

Arsenic can also reach human consumption by preparing foods with contaminated water or foods that were irrigated with arsenic-rich water. Rice absorbs arsenic from soil and water more easily than other grains, while tobacco plants capture it from the soil; Therefore, smoking cigarettes is another way to ingest it.

The countries with the most areas of water contaminated with arsenic are:

According to the WHO, when the arsenic is ingested by the person, the body assimilates it quickly and passes from the digestive system to the bloodstream. Some of the first symptoms of intoxication:

Exposure in small amounts for a long time (about five years) can cause other health damage, such as:

It is also used in skin tanning processes, and to a more limited degree in the manufacture of pesticides, feed additives and pharmaceuticals.