Where does the honey we buy come from? An investigation denounces that, despite the new laws, much of the honey that we believe to be Spanish is still not so 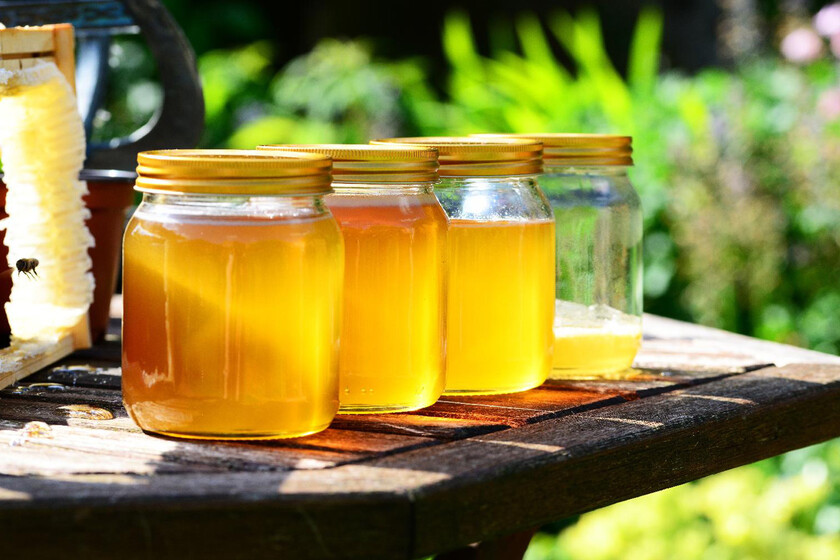 The Organization of Consumers and Users and the beekeeping sector of COAG have published a joint investigation report in which they analyze and denounce the legal protection that would allow mislead the consumer about the real origin of the honey which is marketed in Spain. According to both organizations, the current regulations are “cumbersome” and allow operators to mask the true origin of the honeys that enter our country.

The Coordinator of Organizations of Farmers and Ranchers clarifies in the document that they do not believe that any illegality is being committed, as it is the European and Spanish legislative tangle that leads to the consumer being confused by hiding the exact origin of the honey they are buying, often the product of mixtures.

Index hide
1 The mysterious disappearance of China and Portugal from labels
2 Direct to the Paladar Newsletter
3 It is not illegal fraud, but it is a hoax

The mysterious disappearance of China and Portugal from labels

The investigation began as a result of observing the changes produced in the commercial movements of honey in Spain since 2016, with Portugal becoming our main supplier surpassing China, which since 2020 remains as the second importing country. However, COAG observed that the origin China and Portugal had disappeared from the labels of the products for sale.

After thoroughly analyzing all the European and Spanish Community legislation that regulates the honey trade, COAG has been able to verify that the complex interpretation of laws and regulations allows operators to cheat with their tagging, indicating in the same “origin: Spain”, when in fact they are mixtures of honeys that may or may not come from Europe.

The organizations speak in their report of a “triangulation” process, according to which a honey harvested in China and imported by a Portuguese operator, which is mixed and / or heated with honey collected in Spain, can acquire the origin of Spain if more than 50% by weight of the final mixture is honey harvested in our country. Also, aim Pedro Loscertales, COAG beekeeping manager, “said mixture could be remixed with new batches of honeys originating in China, conferring, once again, the origin of Spain to the subsequent final blends ”.

It is not illegal fraud, but it is a hoax

The beekeeping sector has been around for years denouncing the lack of transparency and the difficulties in combating the adulteration of imported honey that is marketed in Spain. In 2019 the Government announced an update of the honey quality standard, finally materialized with the publication in June 2020 of Royal Decree 523/2020, of May 19, which entered into force on December 22.

The modifications that said decree introduce in the norm (“The country or countries of origin in which the honey and, where appropriate, its mixtures, have been collected must be mentioned on the label”), according to COAG, would also be influencing the situation being reported. The organization interpret that “legal protection could be given to the mention of countries of origin, in the labeling of the honeys, in which they had not been harvested or collected by the beekeepers, but mixed by operators (and, therefore, substantially transformed) ”.

In addition, the OCU points out that if the honey is subjected to ultrafiltration cannot be determined analytically the botanical origin of the same, giving rise to falsified results in the case of analyzing the honey that enters Spain.

In conclusion, the two organizations ask the European and Spanish authorities for an effective modification of the regulations on labeling and origin of honey to avoid this “massive deception”, as well as an investigation that determines where does the large amount of Chinese honey go that Spain continues to import from the Asian country, but that it does not appear on the final labels.