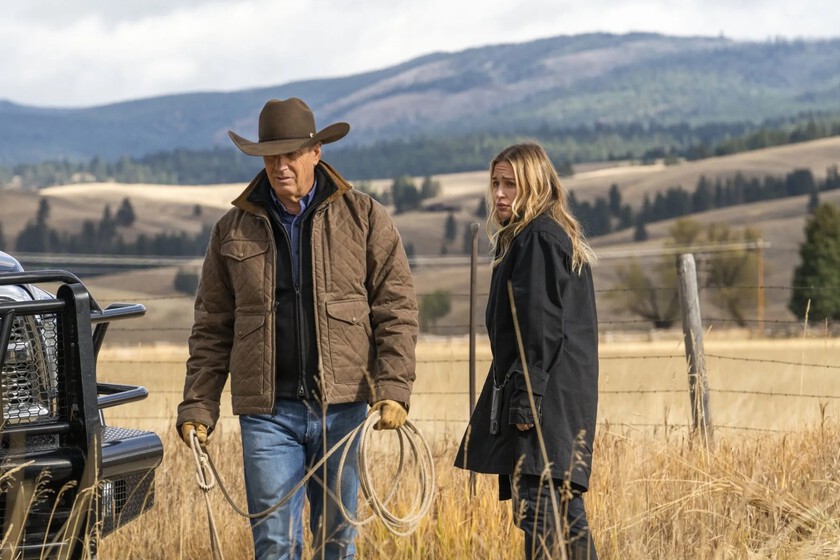 We live in the age of streaming and there are many who now only watch television series through these services. The problem is that sometimes you want to see something from a platform that you don’t have access to, but worst of all is when it’s simply not available on any, which is exactly what happens in the case of ‘Yellowstone’ and Spain.

Also unreleased in physical format in Spain, the only option there has been to see it has been through Paramount Network, where it premiered several years late. Why is it that we cannot see it on any platform in our country? The answer lies in the existence of streaming companies whose international expansion is proceeding slowly.

The complicated life in streaming of the series

Under normal conditions, ‘Yellowstone’ would be a series to be seen in Paramount+, since it is distributed by ViacomCBS, the conglomerate that owns Paramount. However, the streaming rights actually belong to peacock, since this platform closed an agreement to get hold of them when two seasons had already been broadcast.

The reason was that initially it did not arouse much interest among streaming companies and also Paramount + did not yet exist at that time, a platform that would emerge shortly after the merger of Viacom and CBS in December 2019. It was a difficult time in which they sold the streaming rights to series such as ‘South Park’, charging about 500 million dollars for them, and ‘Yellowstone’, an agreement that was closed in January 2020.

Read:  Steven Yeun could be the villain of Spider-Man 4

It wasn’t long before ViacomCBS regretted the sale of the rights to the series with Kevin Costner, but Peacock have not shown the slightest interest in selling them back. After all, ‘Yellowstone’ is already a television phenomenon.

However, that singularity is going to be lost in the case of Spain, since Peacock and Paramount+ announced a few months ago that for the European market they are going to form a joint platform known by the name of SkyShowtime. Its launch is expected to take place in throughout this 2022, but the date is still unknown. In addition, the platform could always delay the arrival of the series a little more and not coincide with the launch of the platform.

However, that is where we should finally be able to see ‘Yellowstone’ in Spain, since everything indicates that they are holding their rights in order to have a catalog that is as attractive as possible for their potential customers. ‘MacGruber’, ‘Bel-Air’, ‘Halo’ and ‘Girls5Eve’ These are just other titles that should reach us through SkyShowtime, which is also expected to be the new streaming home for ‘Star Trek: Discovery’ in our country….