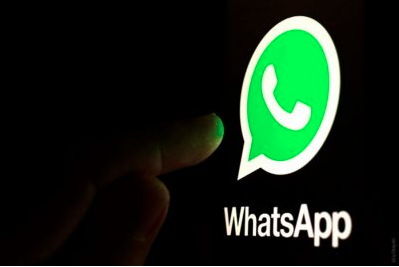 At present, messaging platforms have become an essential part of the new social coexistence, however, it is increasingly common for these platforms to seek to integrate more and better functions, with which it is intended to significantly improve the experience. of use, for this reason it was recently announced the launch of “voice states”, the new WhatsApp function, which has generated various reactions within the digital conversation.

Currently, worldwide it is estimated that there is a community of just over 4 thousand 950 million Internet users, while there are just over 6.3 billion smartphone users in the world, a figure which shows the great growth of communication through digital applications.

Nowadays WhatsApp, who dominates the world market, According to what was indicated by the platform, until the end of last year, a global user community of just over 2 billion was registered, since only in Mexico this app has 64 million users, while Telegram registers a global community of just over 700 million active users per month, while in Mexico it only registers a presence within 39 percent of the current market.

According to what has been disclosed, WhatsApphas decided to try a new function, in which it will allow to record voice within the states, this for now only for those users, who have the beta update, placing next to the “pencil” icon and the “camera” for photography and video, that of a small microphonebeing in the first instance, very similar in its functionality to the traditional voice notes of the chats, with the only limitation, that the audios cannot be extended for more than 30 seconds.

Read:  How to make the salted caramel and bacon cake with which María Lo triumphed in 'Masterchef 10'

However, this new feature, which is already in use for strategic users, has generated various reactions within the digital communityThis is largely due to the large number of possibilities that this tool could bring with it.

🔴It will be a new microphone-shaped button on the status section screen in the lower right part; and the appearance of a mini voice player (similar to the conversation bubble in a chat). pic.twitter.com/aiPkhw16gJ

The WhatsApp States with voice notes in full carnivals will be a single bololo💀 pic.twitter.com/dPeZnM0d91

Now that you can send a voice note in WhatsApp status, I’ll send some good moans 😎🔥 pic.twitter.com/5jnKjZhkCg

At present, due to the rapid modernization of digital applications and the changing tastes of Internet users, it is necessary for platforms to find ways to improve the user experience of people.