Bullfrag
Home Technology Smartphone WhatsApp launches end-to-end encrypted backup for everyone: this is how it is... 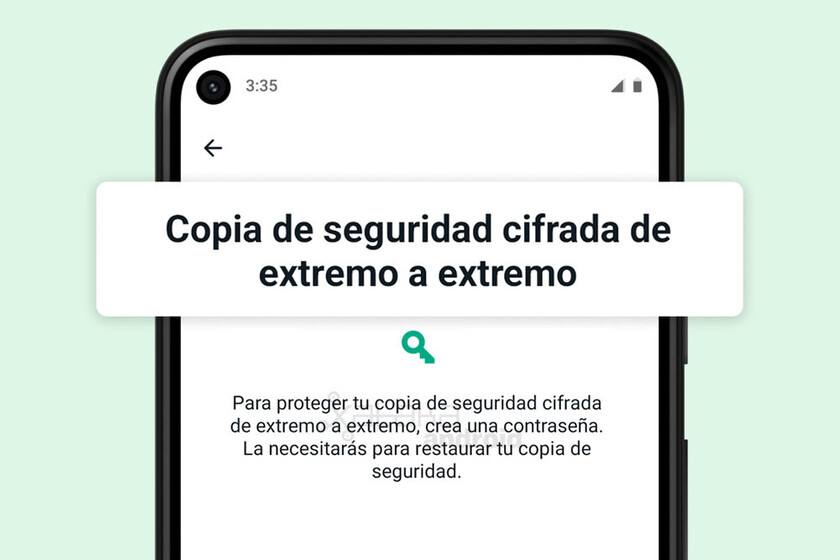 WhatsApp today announced that one of the most anticipated security and privacy features of the year will be released to the world today. After months of leaks and after its premiere in the beta version, the end-to-end backup it is already a reality for all users.

This novelty comes five years after the end-to-end encryption of WhatsApp messages, in which our messages travel between encrypted devices, but this did not happen with backup copies. Up to now.

So you can protect your backup in the cloud

Starting today, the stable version of WhatsApp will allow users to enable end-to-end encryption on backup to protect all messages, voice memos, photos, videos and files in the cloud. By default it is disabled, with the user will have to activate this additional security layer.

For protect backups stored in Google drive you have to follow these steps:

WhatsApp will ask us to create one password of at least 6 characters and 1 letter, or use a 64 digit password that will be generated automatically and what to save, since there will be no way to recover the password or key. The best option is to create the password, since it will be easier to remember and it will not be necessary to have it written down as if it happens with the 64-digit password.

Read:  How to make and use a SQlite database in applications in Android Studio

After creating the password or key, we will see on the next screen that it already allows us create an end-to-end encrypted backup. While doing this process we can chat or use the mobile normally, since this process is done in the background.

By pressing the option again End-to-end encrypted backup, we see how the options that appear now are to create or change the password or deactivate end-to-end encryption so that our backup is no longer protected on Google Drive.

With the end-to-end encrypted backup activated, when we reinstall WhatsApp again and go to log in, we will see how we have to enter the 64-digit password or key to be able to restore the backup.