Bullfrag
Home Entertainment Lifestyle What you need to know about the 2021 Day of the Dead... 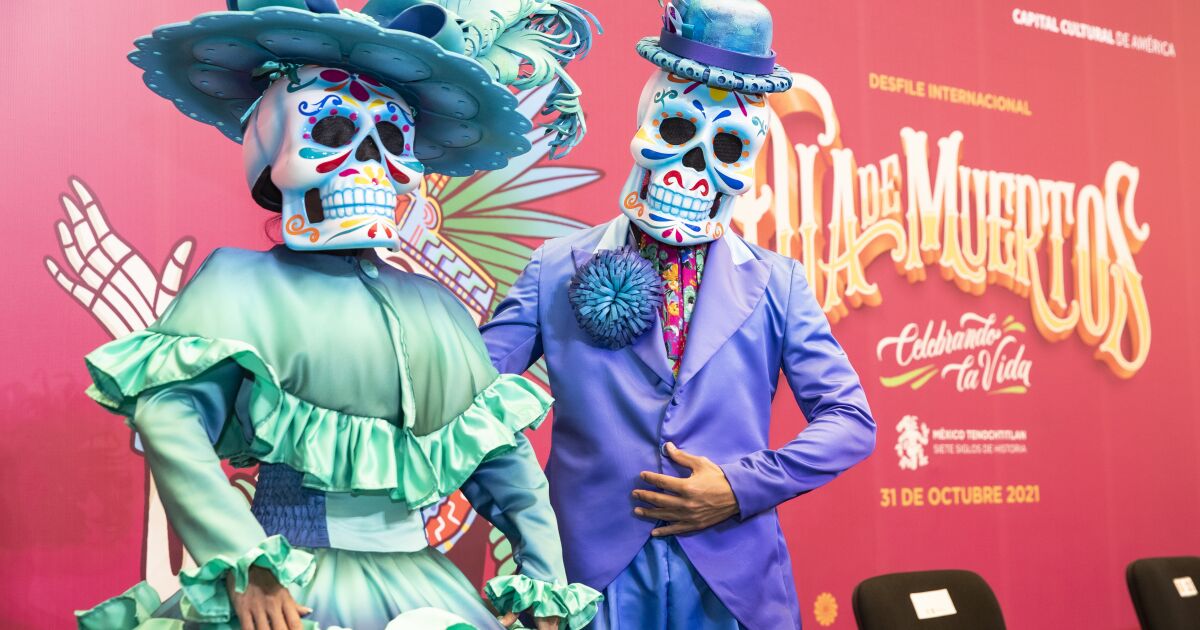 This tour through one of the most symbolic traditions of our country can be enjoyed next Sunday, October 31 in the Mexican capital.. Paola Félix Díaz, Secretary of Tourism for Mexico City spoke to Life and Style and revealed important details of this march in honor of those who have already left.

“This time the route will change, now it will depart from the Zócalo Square at 12 noon, moving through May 5, Juárez and Paseo de la Reforma reaching the Campo Marte facilities,” said the local official.

With this change, the parade in which 1,800 volunteers participate will be 8.7 kilometers long, from its beginning to its end point. Avoiding crowds and maintaining precautions to avoid new infections of covid-19.

Due to health security protocols, participants will wear masks so that they do not share brushes or makeup for their preparation. “The design of the costumes and masks will be of the highest quality and made by top-level artisans in our city,” said the head of tourism in the capital.

The thematic axes of the parade are: Mexico City today, Magic and tradition, Celebrating life, Tenochtitlán: Heart of Mexico.

Although it is a festival in which the values ​​of the original peoples and the evangelization process coexist in Mexico, an important highlight will be given to the ethnic groups of the country.

“For this parade we will give relevance to the native peoples, which is where part of this celebration comes from. Women will also play a fundamental role in this exercise ”, commented Félix Díaz.

The secretary stressed that during the entire journey the show that can be enjoyed will be the same in all its phases, so no matter the location, there will be the possibility of enjoying the choreographies and montages made by all the contingents. Among the cast that will be offering short shows are: Yahir, Laura León, Kalimba, María León and actor Ariel Miramontes, among others.

Where to see the Day of the Dead Parade?