Bullfrag
Home Entertainment What will we see in the grand finale of Supergirl? 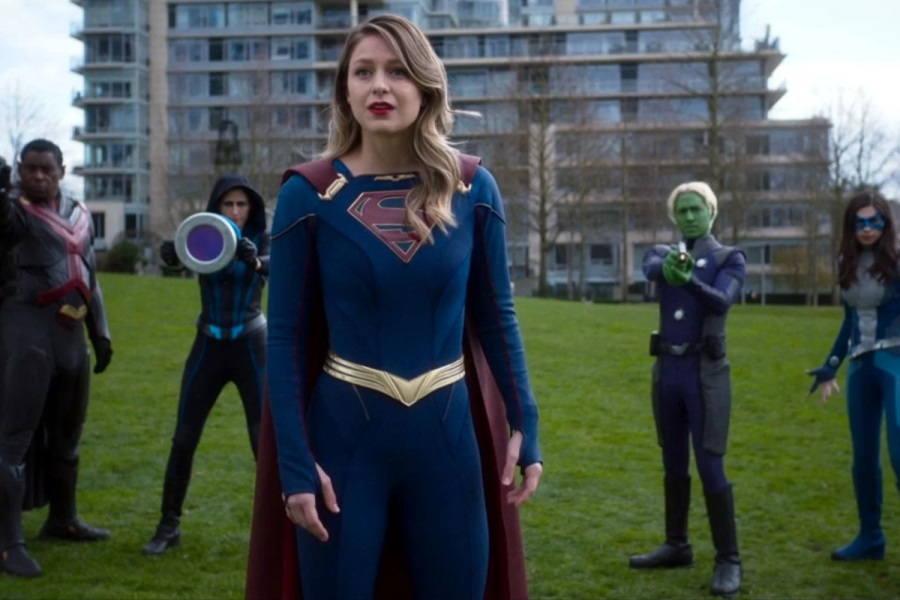 A whole cycle has a beginning and an end, and after six seasons, Supergirl prepares to bid farewell to the Arrowverse audience with a two-hour special, of which the details of its plot have already been given.

It may interest you: Supergirl will have several returns for her grand finale

The CW chain released the synopsis of the episodes that will make up the two-hour special at the end of Supergirl, entitled The Last Gauntlet and Kara, of which you can find out their details.

Supergirl and her super friends take drastic action after a loved one is kidnapped by Nyxly and Lex Luthor. An unthinkable ally steps in to help the team.

Supergirl teams up with old acquaintances from the past to help her stop Lex Luthor and Nyxly once and for all. Meanwhile, Alex Danvers and Kelly Olsen prepare to walk down the aisle. Mehcad Brooks, Jeremy Jordan, and Chris Wood return for the series finale.

Supergirl’s grand finale will air on Tuesday, November 9 on the CW network in the United States.

Supergirl takes off on her last flight

Supergirl began broadcasting in 2015 on the CBS network, and a year later arrived on the CW network, where she joined the Arrowverse, where she was part of the events Invasion, Crisis on Earth X, Elseworlds and Crisis on Infinite Earths.

Read:  The map with the most popular breads in the world

Melissa Benoist, protagonist of the series, pointed out that the end of Supergirl’s journey through the Arrowverse will be an event that will leave fans satisfied, putting an end to a six-year journey.

“(The writers) They wanted to know if I had any thoughts on where I wanted Kara to end up at the end of the series… I had a request, and it wasn’t even something they were thinking of doing. And they threw me at the end, and it’s really lovely. It’s a great ending. I feel fantastic about it”.

The sixth season of Supergirl is broadcast on The CW network, while in Mexico and Latin America it will be broadcast through the Warner Channel signal.

Don’t Miss: What Would the Supergirl Cast ‘Steal’ From Their Characters?

Superman’s debut in a collector’s volume

Action Comics # 1 brought Superman into the world, sparking the idea of ​​the superhero in many ways, and creating the comic book industry as we know it.

Join our celebration of incredible history
80 years of Action Comics. Featuring the first appearances of Superman, Supergirl, Brainiac, Humantarget, Zatara, The Fortress of Solitude and more.

The most powerful women in DC!

Bruce Wayne will be Asian in the next DC installment

What to watch on the HBO max streaming platform