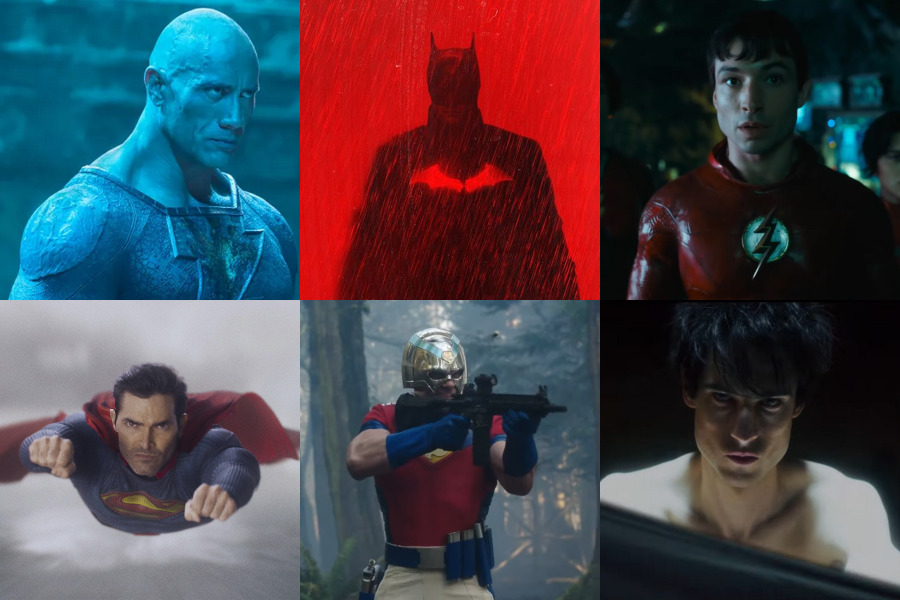 Discover the premieres and releases that DC Comics has on the agenda for 2022, both in film and on television and digital platforms

2022 will have an attractive agenda for fans of DC Comics, since the big screen and television via digital platforms will offer great premieres to return to theaters, or to get excited on the small screen.

One of the most anticipated returns in the seventh art is that of Batman, now in a new era with Robert Pattinson as the protagonist, as well as the film debut of Black Adam, played by Dwayne Johnson ‘The Rock’.

While on television one of the proposals that DC Comics will bet on the debut of one of the most acclaimed series of all time, The Sandman, by Neil Gaiman.

With two years operating in Gotham, Batman meets one of his greatest challenges, the appearance of Riddler, a serial killer who records his crimes and leaves ghoulish riddles in his wake, while he has to deal with one of Gotham’s greatest criminals. , Oswald Cobblepot, better known as Penguin.

In one of the options for children (and not so children), Krypto has a great mission, to rescue Superman and the Justice League from the clutches of Lex Luthor, and for this the best friend of the Man of Steel must convince A gang of animals – Ace the Hound, PB the Mini Pig, Merton the Turtle and Chip the Squirrel – master their own newfound powers and help him rescue superheroes.

When Teth Adam utters the word Shazam, he became a powerful being who engineered a coup to free Kahndaq’s slaves. But the demon Blaze corrupted the slave who freed his people. Faced with this, Black Adam was locked in a jewel, from which thousands of years later he will be freed.

In the first solo story of the Scarlet Sprinter, Flash will take his powers to the extreme, by changing his reality, and to solve what happens he must go to Bruce Wayne, also known as Batman, although he is not the same Bat Man who recruited him to be a member of the Justice League

Aquaman and the Lost Kingdom (December 16)

The sequel to the 2018 film will expand the horixons of the kingdom of Atlantis, in addition to the fact that Aquaman must finally assume a role that for years he has refused to take, that of the sovereign King of the Oceans, to face greater threats to the which involved the war started by his half brother Orm.

Read:  The crossover between Spider-Man and Venom is already underway, says Andy Serkis

After the events in Corto Maltés, Christopher Smith reports ready for new missions with John Economos and Emilia Harcourt at the head of a team that to guarantee peace must end any threat, regardless of gender and age.

After several years of projects without completion, the largest platform in the world partnered with DC Comics to adapt one of the most important sagas in the history of Vertigo / DC Black Label, created by Neil Gaiman, who tells us the story of Morfeo , the King of Dreams, who after a century of captivity returns to regain his throne.

The third season set a fairly high standard with the arrival of Madame Rouge to the lives of the inhabitants of the Doom Manor, who were explored more painful aspects of their origins and facing enemies such as the Sisterhood of Dada and the loss of Niles Caulder. . The fourth season could go beyond all known limits.

The third season of Titans left us the hot things not only with the return of Dick to Gotham and what it implied in the life of Barbara Gordon, it also incorporated Tim Drake who will eventually become the third Robin, and Red Hood, the vigilante with extreme methods which is a danger to the Nightwing team

New challenges lie ahead for the Kent family separately, as Lois returns to her great passion with a local newspaper, Clark must be prepared for new threats, even greater than Tal-Rho. While the Kent youth will continue on their way through high school.

Naomi follows the journey of a quiet, confident, comic book-loving teenage girl as she pursues her hidden destiny. When a supernatural event shakes her hometown of Port Oswego to the core, Naomi sets out to uncover her origins.

It may interest you: DC Comics options to enjoy on digital platforms

The New Frontier is upon us.

Welcome to mid-20th century America and the Silver Age of the DC Universe… a time of promise and paranoia, of glittering cities, segregated neighborhoods, dizzying scientific progress, and a Cold War about to break out. It is in this environment that a new generation of young and brave adventurers appear who fearlessly accept the challenges of the New Frontier.

These 11 new games get touch controls on xCloud