Bullfrag
Home Health what we are talking about when we talk about meat maturation and... 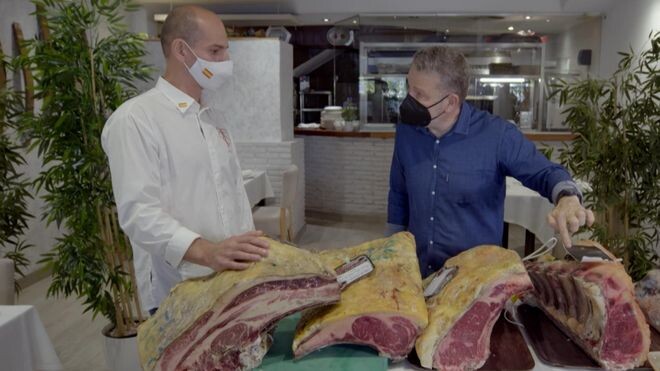 The meat industry has managed to offer the population different ways of consuming its products, one of them is through a meat maturation process to gain flavor and juiciness, making customers consider that it is a high quality product.

The truth is that it is, since the price of this type of meat is much higher than meat that has not undergone a maturation process. But, as Alberto Chicote will explain in the program Are you going to eat it?There are some dangers within the meat process, and some of these are in the ripening process.

Let’s explain what is the maturation of meat and what dangers does it have for humans if it is not done properly, following the necessary protocols.

What is meat maturation

It is a resting process that the animal’s meat stalk undergoes between slaughter and consumption., with controlled temperature and humidity conditions for the necessary time, in sterilized chambers, free of microorganisms.

The time that is left to mature depends on the juiciness that you want to have, this is why after death the flesh begins to undergo some changes, as a decrease in its hardness, so it becomes more tender. In addition, they increase organoleptic properties such as smell, aroma and flavor.

The maturation process implies that the meat undergoes changes that if they are not done with the right conditions, it can stop being a maturation process to be a process of necrosis and later of putrefaction. For this not to happen, three indicators must be controlled.

The importance of temperature

Humidity is essential, as it is the most important

The humidity in the ripening chamber has a very important role in maturation, since it is the one that will limit microbial growth.

The air in the chamber must be with a humidity of between 65 to 85%, using the lowest value when it is a short process and the highest value for longer maturation processes. In addition, according to chef Carles Tejedor, moisture is what makes the difference between rotting and ripening.

What dangers it can pose to health

Opinions against and impartial of the maturation of the meat

There are many opinions on this, both in favor of the maturation process and against it. One of the opinions against is the owner of Cárnicas Txogitxu, where he says that it’s about dangerous meats With which you can risk your health because of the bacteriological component they have.

But on the other hand, we have an impartial opinion from Josep Antoni Gómez, president of the Official College of Veterinarians, where he says that there is a vacuum of controls, where it can endanger people, but if the control protocols are followed, it does not have why have it.

Opinions in favor of the maturation of the meat

On the other hand, in the case of chef Carles Tejedor, he does not serve any meat that he does not know where it comes from and when it was slaughtered. Also, according to him all necessary quality and traceability protocols are met, in addition to bacteriological controls through corresponding analyzes.

Not all types of animals can be matured, according to Cárnicas Lyo, in fact you can only mature cows or oxen that have had optimal conditions for growth and well-beingThis is why the price of mature meats that comply with a good protocol are very expensive.

According to Diego Prado, who is the coordinator of the B-Culinary Lab, if all the appropriate indicators are met, it is invested in an optimal ripening chamber and it is properly controlled, there is no health hazard as there is usually no rotting in the meat.

Personal opinion about it

It is not known where the meat comes from and the process it has had, or how the animals have been during their process on the farm. In fact, both mature and immature meat can have a health hazard human if recommended protocols are not followed.

That is why it is important to invest a little more money and purchase high-quality products, since these tend to follow the security protocols more strictly. It’s more, As long as the proper steps and indications are followed for proper ripening, there should be no health hazard.

In Vitónica | Chicote analyzes the English versions of paella, croquettes or potato omelette: this is the ranking of typical Spanish dishes ordered from most to least healthy.

Today at Vitónica | Chicote analyzes the most dangerous diets and the consumption of slimming pills: we will tell you which are some of the most risky and their dangers.