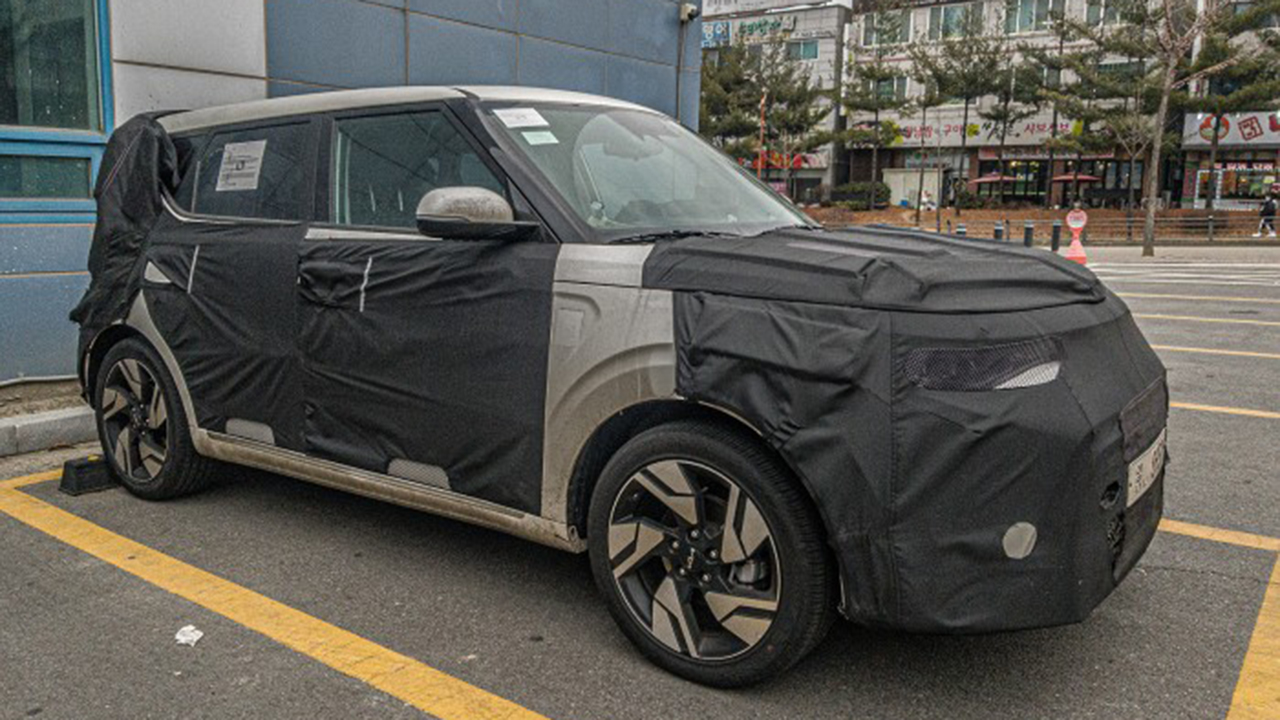 The development process for the new 2023 KIA Soul continues. Once again, KIA’s small SUV has been photographed in broad daylight. A sighting that reveals more details of the changes that an SUV will undergo that, without a doubt, stands out for being misunderstood in the European market.

A few years ago KIA Soul with heat engines disappeared from European dealers. KIA decided to put it aside for good reason. And it was neither more nor less than the entry into the scene of the KIA Stonic. The risk of both models dealing with each other was very real. Therefore, the South Korean manufacturer opted for giving all the weight to the Stonic and for the Soul to become available exclusively in 100% electric motorization. Namely, the KIA e-Soul.

Far from the borders of the Old Continent, the KIA Soul continues to be available with gasoline and diesel engines. What’s more, the time has come for you to get caught up with a facelift. A mid-cycle upgrade that enables this generation to cope with the rest of its business life that lies ahead of it. KIA has been working on this “facelift” for months. Once again, the new KIA Soul 2023 has been hunted in broad daylight.

The launch of the current generation of the Soul took place at the end of the year 2018. Therefore, and due to the passage of time, it is time for KIA to update its small, picturesque and misunderstood B-segment SUV. A model whose internal code is SK3. In certain markets such as the United States, it plays a very relevant role despite the fact that small SUVs do not account for the bulk of registrations. Under the premise of boosting your sales, this update will be introduced.

But, What can we expect from the new Soul? The main objective of the development of this facelift is neither more nor less than to allow this generation to face the rest of its commercial life that lies ahead while maintaining acceptable sales volumes. A commercial life that has up to three years ahead.

Read:  Mick Schumacher's helmet that goes back 30 years and will make you sigh

The exterior design will be updated. While there will not be very radical changes, the adjustments made will allow the Soul to adapt to the KIA’s new design language. The news will focus on the front. The bumper will be updated as modifications are expected to the grille and the headlights. Unfortunately the camouflage is still present.

At the rear everything will go through a new bumper and taillights that will debut a light signature. The brand will also take the opportunity to increase the level of customization with new body colors and wheel designs. And as if that weren’t enough, the range will be expanded with new versions.

The interior and technology of the new KIA Soul 2023

Leaving aside the exterior, in the cabin there will also be news. Proof of this are these new spy photos that allow us to take a look inside the new Soul. Unfortunately, the camouflage makes an appearance again. However, this shows that under the covers that hide the steering wheel, instrument panel and center console, there have been changes.

The most relevant novelty will go through a new touch screen Larger size available in the higher versions and that will be key to managing the infotainment system. To this must be added a digital instrument cluster with a certain level of customization. The new Soul will be a more connected and safer vehicle.

In the mechanical section, the information coming from distant South Korea indicates that a new mechanic will be introduced. Specifically, the incorporation of 1.6-liter CVVD Turbo gasoline engine that offers a good relationship between performance and efficiency.

What will happen to the KIA e-Soul? Will the electric SUV be updated?

The development of the new Thermal Soul has generated a lot of interest to see what will happen to the all-electric variant. In the European market the KIA e-Soul goes somewhat unnoticed by the competitive B-SUV segment. It has been clearly outperformed by the KIA e-Niro while its more direct rivals reap higher enrollment figures.

If we attend exclusively to the deadlines we will realize It is also time for the e-Soul to be updated. Unfortunately, and at the moment, no prototype has been sighted, which opens the door to speculation about its future. Will it be kept in the portfolio? We will have to wait to find out.