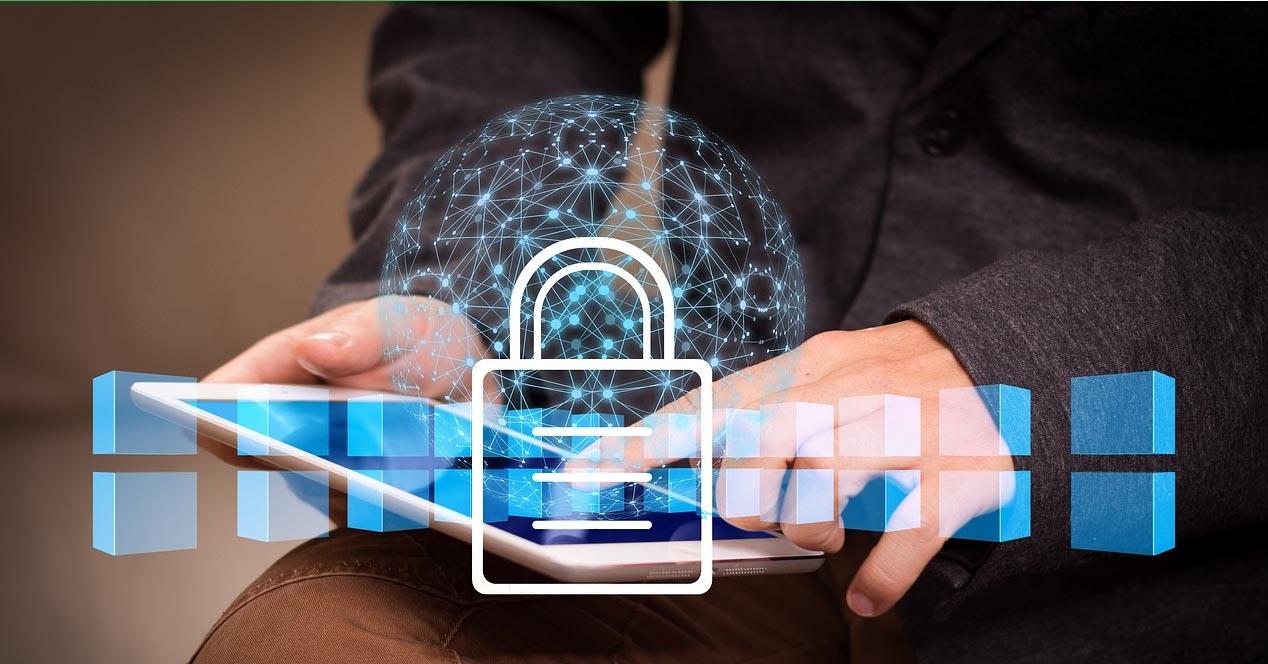 But it could also happen that the server we are trying to access is overloaded. Even if it is in our same country, we could have problems. Let’s say that this server has a bandwidth of 1000 Mbps and there are 100 people connected to it. The maximum speed we would get is 10 Mbps.

Another very common reason why there may be problems with the speed of the Internet when using a VPN is the type of encryption that we use. There are different encryption methods to ensure that the data travels protected and thus avoid any leak that could put our privacy at risk.

There are different protocols, such as PPTP, L2TP/IPSec, IKEv2 and OpenVPN. They don’t all work the same and there can be noticeable differences in speed. A new VPN, which has the best possible resources, will also have an optimized protocol and be fast.

Some software is interfering

Although having security programs is very important, it is true that they can sometimes affect the operation of other applications. This can also be the cause of the VPN running slow or even dropping the connection. This can happen especially if we have a firewall, but also with the antivirus.

These applications could block or limit connections. We could have problems getting the Internet speed to be adequate. The antivirus could detect it as a threat and could even block the connection completely, so we could not surf the web.

But a clear limitation, which can be a burden when using a VPN, is the speed of our connection. In this case, it will not influence what program we are using, but it will be a general issue, which will affect any VPN application that we have installed.

If we have contracted 50 Mbps, for example, we cannot expect to have 100 Mbps when using a VPN. We will be limited to that top speed. In addition, being connected by Wi-Fi and having poor coverage can also be a significant limitation, since we would receive a worse signal.

So what can we do to make the VPN work faster? There are some factors that we can take into account to achieve a higher speed and minimize the possible problems that may appear. We are going to show what are the main points that we must keep in mind.

The first thing we must do is change the server to which we connect. Unless we are using a very limited VPN, the normal thing is that we have several options from which we can choose. Are you connected to a server that, for example, is located in Asia? Try to connect to one from Europe or, if possible, from Spain.

This factor is one of the most important. We can keep trying until we find a server that works well, that offers good speed. Not only must the location be taken into account, but it is one of the most determining points. A speed test can be a good idea to test which one is faster.

Read:  this is how this battle is on the net

But the problem may be Internet connection. Especially this happens when browsing through a Wi-Fi network. You can try to place a wireless repeater, a Mesh system or PLC devices. All these options serve to bring the connection from one place to another in the home and thus bridge the physical distance.

Whenever possible, a good idea is to connect by cable. This allows for more stability and normally the speed will go much better. But this is not always possible, especially when using mobile devices, so you will have to optimize the wireless connection as much as possible.

If you have any installed antivirus or firewall, something that is highly recommended, you have to check that they are properly configured. Maybe the firewall is blocking the VPN connection and that makes it unable to connect or very slow. It could also happen that the antivirus detects this application as a security threat.

It may also happen that we have some security measure configured on our local network. That could be the reason why it doesn’t work well. We must, therefore, know at all times what security settings could alter the operation of the VPN and make changes.

A common problem when the Internet speed is slow is that you are using DNS servers that don’t work right. Normally we use those offered by the operator itself. Sometimes they can malfunction and this especially affects when browsing through a VPN, so it is a good idea to change them.

To change them in Windows we have to go to Start, Configure, Network and Internet, Advanced network settings, select the corresponding adapter and click on See additional properties. There we will see the option to edit the Assignment of DNS servers. You have to select Manual and fill in the corresponding data.

We can use one of the many options that exist, such as Google’s DNS, which works very well, or Cloudflare’s. We will only have to change the corresponding data.

One more solution is to switch VPNs. When using a free program is when we can have more problems. We are not only talking about performance and internet speed, but also about security. These types of applications can be a real problem for our personal data.

You always have to opt for reliable programs, that are known and that we know will work with the greatest guarantees. For example ExpressVPN or NordVPN are some good options to use a VPN and make the Internet connection work fast and avoid annoying cuts.

In short, if you have speed problems when using a VPN, this may happen for the reasons we have seen. You have different options to try to optimize the connection to the maximum and achieve the best possible performance, so that there are no speed problems or cuts.