By MatthewAugust 13, 2022No Comments8 Mins Read 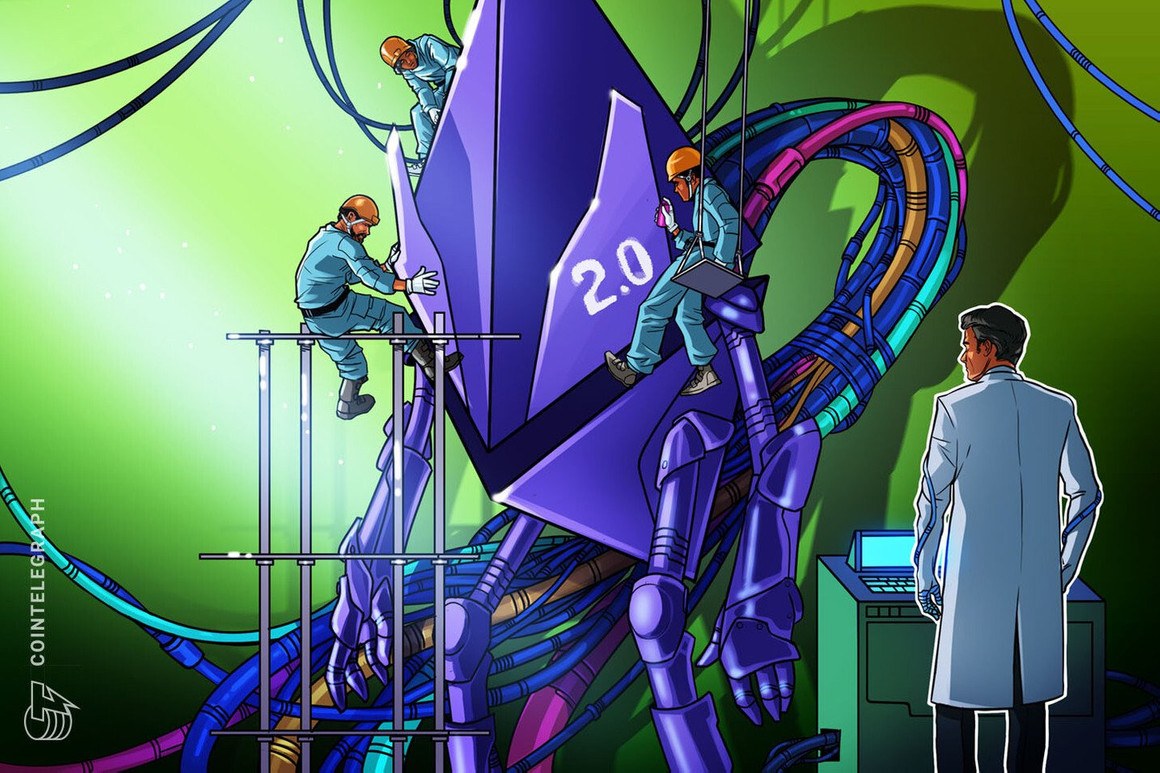 One of the most talked about topics lately in the crypto world is the next Ethereum merger event, called “The Merge”. The latest news is that they advanced the date for September 15 or 16, as recently reported by Cointelegraph en Español

Index hide
1 What could happen before, during and after such a merger?
2 What actions could be taken?
3 Other perspectives
4 Ethereum Price

What could happen before, during and after such a merger?

According to Twitter user @OlimpioCrypto, we would have to take several things into account. Here we collect the most important:

An Ethereum Hard Fork is coming. You might want to:

An Ethereum hard fork is coming. You may want:

One of the things you mentioned in this thread, are the best known hard forks in crypto historythose of Bitcoin:

He then went on to add:

When the merger happens and ETH goes to PoS, there will be two chains: Proof of Work (PoW) and Proof of Stake (PoS). Miners will try to get the last profit BEFORE they sell their hardware: They will keep the Ethereum PoW alive by forking the blockchain. Everything that existed before the chain split will now be on the new PoS chain, and on the existing PoW chain simultaneously:

If so, @OlimpioCrypto added the following:

Think of USDC, which is backed 1-1 with US dollars and has a market cap of $54 billion. After the Ethereum split, there will be 54 billion USDC on each chain, or 108 billion in total. But only 54 billion backing in Circle.

All USDC in one of the chains will tend to zeroCan you imagine what it will be?

Users will most likely sell everything on the PoW chain (USDC, USDT, DeFi tokens, meme tokens, NFTs) for ETHPoW, which will be the only token with some speculative “value”.

Y probably this happens within the first block

It should be noted that Circle, the company behind USD Coin, recently posted on their official blog that they will only support the PoS chain

What actions could be taken?

Although all this is speculative, no one knows for sure what will happen. @OlimpioCrypto’s prediction is that it could happen the next:

In the first few minutes of the fork, everyone will want ETHPoW. Price could even briefly outperform ETH

They will all do this:

Will these predictions come true? What this is not financial advicethe measures that could be taken, according to this user are:

The user then ended the thread with his stance on the merger: “Once again, my position is on decentralization and the success of The Merge. I’m just going to get rid of my ETHPoW and move on, like I did with BCH, BTG and other forks. Stay safe, do your research and don’t hesitate to ask”.

Read:  Dog perfumes exist and are safe, but you have to take all this into account before choosing one

The translation of this thread into Spanish was made by the Twitter user @lucasdantur:

An Ethereum Hard-Fork is coming. You may be interested in:

I open thread about ETHPoW 🧠👇

This It does not mean that there will be double ETH going around, they will be two different tokens (ETH and ETHPoW). But if enough people stick with either chain, they could hold their value.

It could happen that when ETH 2.0 (or ETH PoS) comes out, everyone goes to that chain and the original string is deprecated. Also it could happen that many people keep the old chain (ETHPoW). The value of PoWETH (or ETH 1.0) and the value of ETH 2.0 (ETH PoS) will depend on how much demand there is for each of the tokens.

What does this mean for users?

Anyone who has ETH will have the possibility of having “free tokens“, namely, tokens of the 2 chains. Everyone will keep the tokens from the original chain and will also receive the same number of tokens on the new chain. That’s why it is recommended to have the ETH in the blockchain and some even think about taking out loans in ETH to have more ETH and thus have more “free” tokens at the time of the fork.

Of course, the success of this strategy will depend on the degree of adoption of each chain. We must not lose sight of what happened with Bitcoin, look at the price of BTC and BCH (Bitcoin Cash). BCH is a hard fork of BTC and at the time the new chain was created, everyone who had BTC received an equal amount of BCH (same number of tokens). If someone sold their BTC because they thought the new token was going to be the hit, they probably lost money.

In reference to the relation of the price of Etherum with these eventson LinkedIn, user Pablo López posted:

At the time of writing this note, the price of Ethereum is at USD 1,958registering an increase of 3.8% in the last 24 hours.