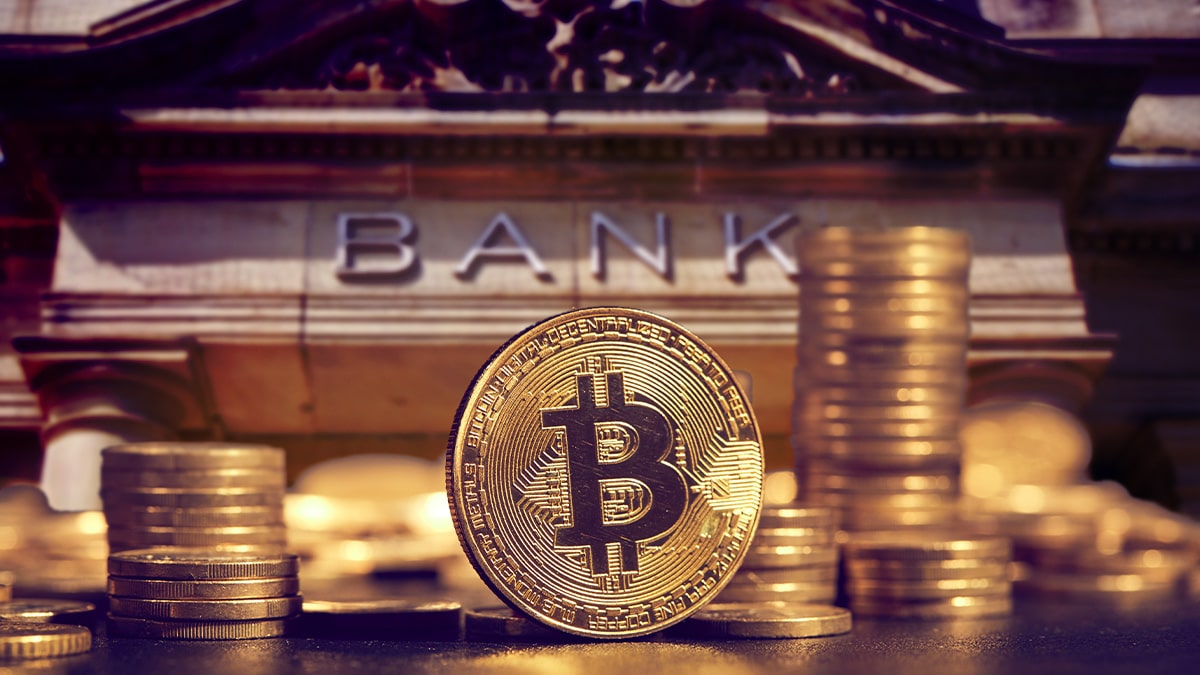 The “bitcoin banks” (BTC) are a rather striking concept that has been permeating the current financial system. With a changing economy, traditional banks have begun to offer this digital currency, either as an investment asset, or as a cryptocurrency in the full expression of the word, but what does Bitcoin win and lose with this?

First of all, it should be noted that, for the purposes of this report, when we refer to “Bitcoin bank”, we are not referring to a bank dedicated exclusively to cryptocurrencies. Nor to exchanges or specialized exchange houses, which, in one way or another, are “bitcoin banks” (because they guard the BTC of their users). The reference is to those traditional banks that have begun to offer cryptocurrency to their customers..

Bitcoin, for its part, is “unbanked”. It does not need a third party to be exchanged. This makes it a natural enemy asset of traditional banking. Now, with the banking system offering these types of crypto assets, it is worth looking into what type of bitcoin they are actually selling.

Index hide
1 Bitcoin banks, a trend
2 What Bitcoin loses in a bank
3 What can a bank offer to Bitcoin
4 Bitcoin implies responsibility

This type of exposure to bitcoin is not something new within the current banking system. Banks such as Morgan Stanley they offer Bitcoin investments, but only for exclusive clients. An investment portfolio that exceeds 2 million dollars is required, as detailed in this medium.

In the case of Argentine banks, the particularity was that anyone with a bank account could buy bitcoins. Although with the limitation that he could not withdraw them from the bank, and the custody remained in the hands of the Lirium company, . In addition, purchased BTC were also non-transferablethey were only used for trading within the bank.

There are also banks where bitcoins can be withdrawn, such as Xapo and Kraken Financial. The latter is the subsidiary of the Kraken exchange, and has received a license to operate as a banking entity within the territory of the United States.

What Bitcoin loses in a bank

Bitcoin is a peer-to-peer (p2p) electronic cash system, as described by its own creator Satoshi Nakamoto (person or pseudonym). As explained by CriptoNoticias Criptopedia, the solution that Nakamoto brought to the world is to enable the digital exchange of value without the need for a third party. De there the “exchange between peers”.

There is no need for banks for Bitcoin to work. The custodian is each person who decides to use bitcoin and the place where they decide to store it (wallets).

In a bank, if the bitcoins cannot be withdrawn, there is no chance for the person to be the custodian of their own BTC. Also the possibility of free exchange between peers is broken. It is the bank that will store and safeguard the BTC of each person.

With a bitcoin in custody, the coins are totally vulnerable. The bitcoiner ideal is that each user owns the coins they store. With a third-party custodian, bitcoin is left prone to state seizure, hacking, and theft.

This type of case has been repeated throughout history; Bitfinex, one of the largest bitcoin exchanges, was hacked in August 2016, and it was not until December of the same year that the first refunds began to be issued. Years ago, Mt. Gox, one of the first bitcoin exchanges, went bankrupt after a hack in 2014. Despite compensating part of the stolen funds, the company failed to fully recover the loss.

Regarding seizures, as long as bitcoin is not considered an illegal asset, the State has no authority to seize BTC from a person if there is no ongoing judicial investigation. However, the outlawing of bitcoin is within reach for regulators. An example of this was China, where its Central Bank classified any bitcoin transaction as illegal. Its possession remains legal, but it is not possible to exchange it within the framework of the law.

Here it should be clarified that Bitcoin (at the protocol level) does not need regulation for its use. In the case of China, Bitcoin can continue to be used outside the law, since the State has no repercussions on the operation of the network.

Now, what about the banks that do allow bitcoins to be withdrawn? Well, although self-custody is maintained, privacy is violated. This is because, to buy bitcoin on these platforms (just like in regulated exchanges), it is necessary to pass identity verifications, which, in turn, links the information of the BTC withdrawal address with the user information.

Tools such as AOPP, used to verify ownership of Bitcoin addresses for BTC withdrawal, are used to track funds within the Bitcoin blockchain.

What can a bank offer to Bitcoin

Banks may break many of the properties of what Bitcoin is, however, on a legal level, they can offer a powerful tool for adoption.

Banks are governed by regulations. The offer of bitcoin in a bank will depend on local legislation. In El Salvador, the first country to adopt bitcoin as legal tender, its Bitcoin Law established that all economic entities must accept BTC, from merchants to banks. Banking entities such as Banco Agrícola have begun to take the first steps, offering the payment of credit card debts through BTC. Other banks have also reported the activation of payment channels in which bitcoin can be used.

On the other hand, the Development Bank of El Salvador is currently serving as a bridge for those people who are forced to receive bitcoin, by local legislation, but who do not want it. In this case, the bank absorbs the risk, accepting the BTC exchange rate and paying the equivalent in fiat money.

This allows people to have a relative approach to BTC, since the decision to be a custodian of their own bitcoins or to sell them is up to them.

On the other hand, banks can serve as a vehicle for access to loans with collateral in Bitcoin. At the Bitcoin 2022 Conference, held last April, the CEO of the Abra exchange, Bill Barhydt, commented that Bitcoin could be “the banking of the future” by serving as collateral for the application of loans and mortgages.

Currently there are dozens of non-bank platforms that offer this type of loan. According to figures, at the beginning of 2021, more than 400 thousand BTC were used as collateral to obtain loans.

The use that banks allow to give Bitcoin will depend on the service they offer. If it’s just an investment asset to be exposed to price volatility, it’s not Bitcoin. On the other hand, if it is possible to withdraw it and maintain self-custody, it is Bitcoin. This, of course, taking into account that buying bitcoins through banks (or any regulated entity) will add flaws in terms of privacy and anonymity.

Although self-custody provides privacy, free circulation, and obfuscates State controls, security and protection depend on each user. It is the person who has the responsibility to keep your BTC safeunder different media.

From the choice of a wallet to the receipt that is given to the recovery seed, each step is important when using Bitcoin.

This responsibility we are talking about is in terms of particular people. At the company level, the protection and security requirements may be different. For it, there are escrow services that delegate the security of the BTC to a trusted third party. The growth of this type of services has been considerable. According to a report by the Blockdata research agency, in 2021 the use of this type of service grew by more than 400%. With a capital in reserve that exceeds USD 4,500 million.

Although custody services are independent companies, they often work closely with banks and financial institutions that offer bitcoin. This is because, basically, the protection of the BTC is outsourced, and an extra backup is guaranteed on the deposits, since most of these services offer insurance policies on the BTC deposited.

In short, having bitcoin in a bank causes these currencies to lose some of their characteristic properties. However, it may be useful to certain persons or entities in certain circumstances. In addition, there will always be the possibility of operating with BTC in the Bitcoin network itself, outside the banking system.