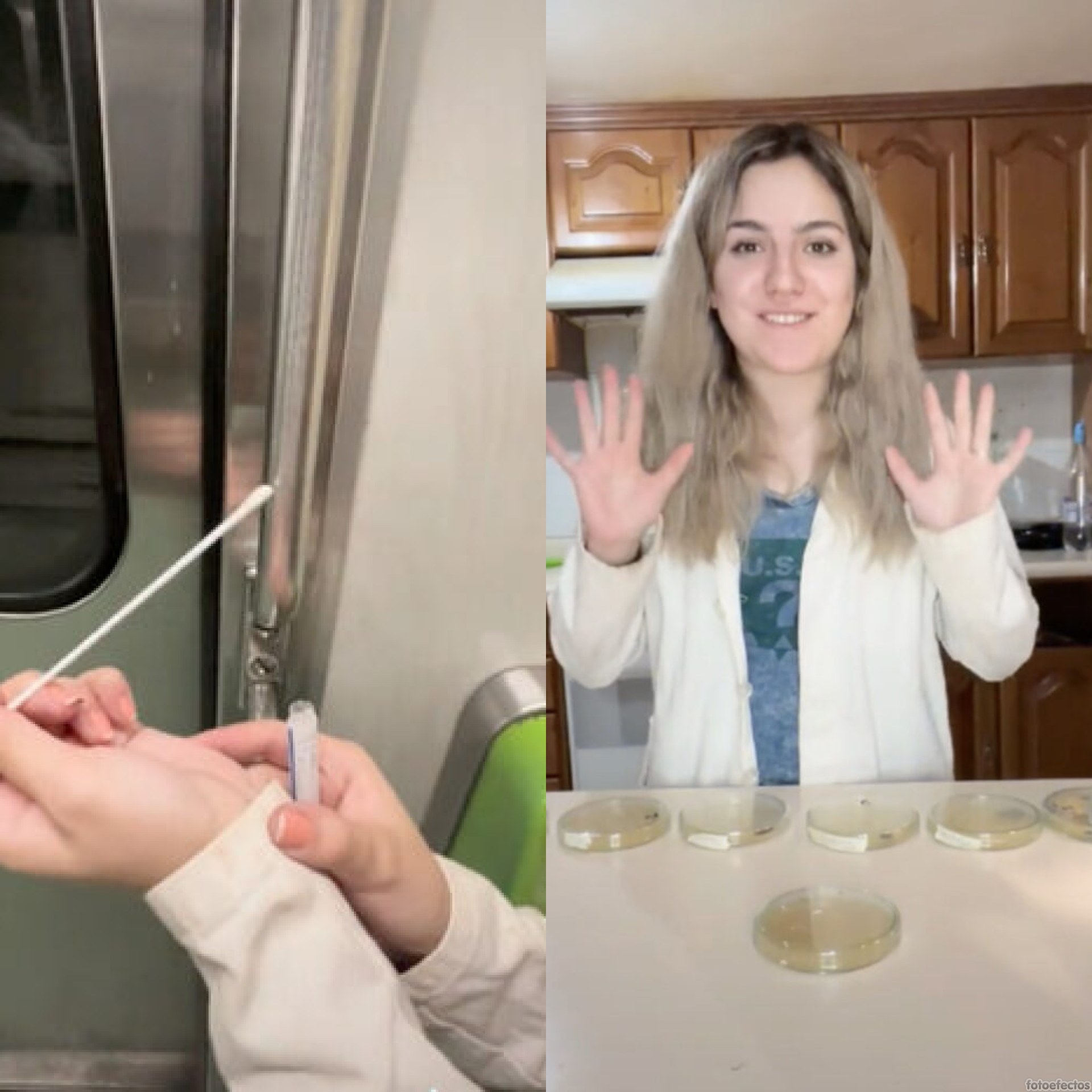 Daily, 5.5 million users pass through the 12 lines of this means of transport, carrying and bringing with it an unimaginable number of invisible passengers who are exchanged by breathing, speaking, coughing, sneezing and physical contact.

These microscopic agents they are present in the air, seats, walls, railings and on any surface; and although it is terrifying, we live in similar scenarios all the time that, when exposed to them, are beneficial for our health. However, a student took on the task of collecting them

THE RESULT? THIS VIDEO:

Given the presence of these bacteria in the Metro, Mariana Peimbert-Torresresearcher at Department of Natural Sciences of the UAM, made a series of health recommendations, and explained that the reason for the studies is to find out what “type of microorganisms we live with when we travel in this environment.”

Peimbert added that people generally have many of these microorganisms in their noses, mouths or intestines, “which means that we are a bag full of microbes.”

Read:  Netflix's live-action series has found its Buggy and Alvida and four other new signings

But… there are also bacteria that are good for our body

“We live and sleep with bacteria every day and we thank them, because for them we can digest, for example, a delicious mole; without them we would not be able to eat many things and we would be defenseless against a large number of ailments, so by living with them they are part of us”, explained the UAM specialist.

Peimbert explained that the study also tried to identify “if the conditions in each station and line are different or similar; if they have ventilation; if the sun gives them; which ones are more crowded, and how different are their environments”.

To carry out the study, researchers selected 24 of the 195 Metro stations and, despite their peculiarities, discovered similarities such as the fact that 99% of the microorganisms found belong to 420 genera observed throughout the network.

“We didn’t know if, metaphorically, we would find a desert, a jungle, a forest or a bacterial reef”, commented the expert, “what we saw is that they are all forests, not the same, but with 420 genera.

The bacteria found are not pathogenic, but commensals, so there is no risk to humans; most live on the skin and no enterobacteria were found, a group that forms part of the intestinal microbiota.

On the other hand, although pathogens were discovered that do not endanger the health of healthy users, people with injuries, recent surgeries or immunosuppression can be affected by opportunistic pathogens.