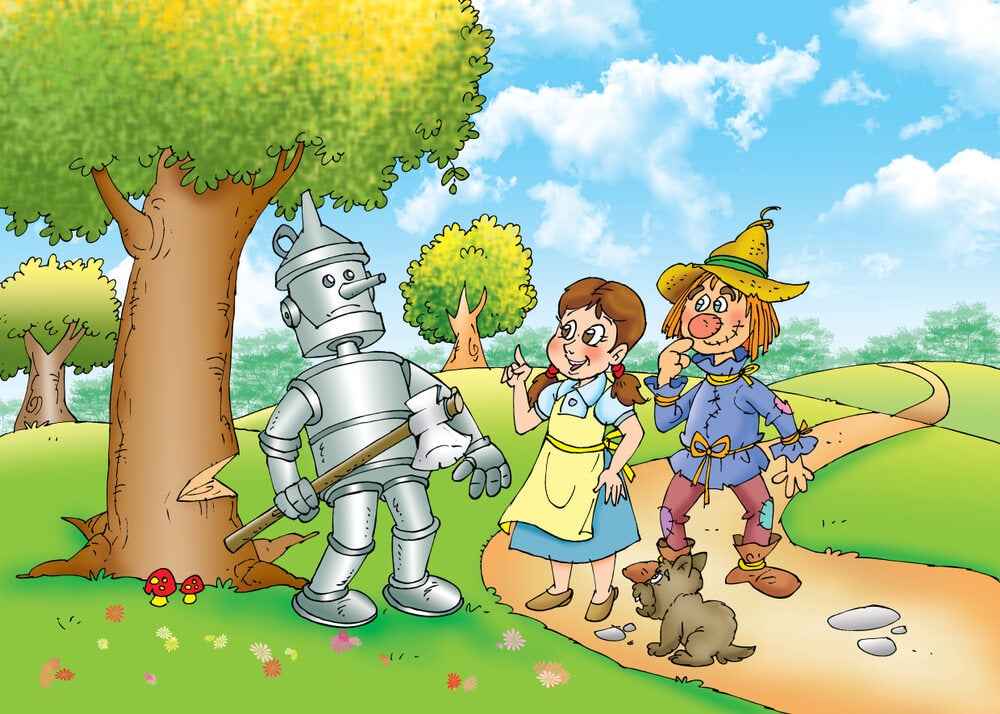 Do you like classic cinema? Then you can’t miss “The Wizard of Oz”. It is a fascinating story full of morals.

The wonderful wizard of oz is a classic of literature which was written by Frank Baum in 1900. Since then, it has become a story that has captured many generations and is still current. In 1939, this children’s book was adapted for the big screen and became a Hollywood hit. In this article we will talk about the teachings left by The Wizard of Oz and why you should see it.

the music movie The Wizard of Oz, produced by Metro-Goldwyn Mayer, starred the renowned Judy Garland, Frank Morgan, Margaret Hamilton and Ray Bolger. Its success was such that it surpassed the book in recognition.

Since then, This story has been adapted to different formats, such as musicals, plays, comics and songs. It is one of the most important stories in popular culture.

Index hide
1 What are the teachings of The Wizard of Oz?
1.1 You have to balance feelings and reason
1.2 Not all that glitters is gold
1.3 You have to be authentic
1.4 There is nothing like home
1.5 He who perseveres achieves
1.6 Do not judge a book by its cover
1.7 take care of your friends
1.8 The power is within you
2 It’s a feminist story

What are the teachings of The Wizard of Oz?

This film tells the story of Dorothy, a girl from the United States who is taken to a fantasy world by a tornado in Kansas. In this place live extraordinary and wonderful beings, such as tin men, good witches and evil witches, scarecrows and talking animals.

When Dorothy is taken to this fantastic land, she finds herself immersed in a series of dangers and difficulties. For this reason, he decides to undertake a trip to the Emerald City, where the Wizard of Oz is, to make his wish to return to Kansas.

By the way he meets a group of characters who give him many life lessons, like a tin man who longs for a heart to feel, a cowardly lion who appears to be very fierce, and a scarecrow who longs for a brain.

This production received 6 Oscar nominations and won two: Best Soundtrack and Best Song. It is also recognized by the American Film Institute on lists of the 25 Greatest Musicals and the 100 Greatest American Movies of All Time. His teachings are so beautiful that they remain valid and have become a cult classic.

You have to balance feelings and reason

The eternal debate about whether to listen to the head or the heart is a dilemma that we face every day. However, it could be thought that the most appropriate thing is to strike a balance between these two areas.

In this sense, the film allows us to reflect on the great fortune of having both capacities. As human beings we have both reason and feeling. The important thing is that the two are balanced.

Not all that glitters is gold

At the end of the film it is possible to see how appearances are deceiving. In fact, life can be full of disappointments and you can’t always believe everything you hear. In this way, history teaches us that we must have our own criteria and not be fooled by strangers or malicious people.

You have to be authentic

Just as it shows us that appearances are deceiving, it is also possible to deduce that The Wizard of Oz points out the importance of authenticity. This story shows that it is important to act with sincerity, being faithful to our interior and not pretending to be something that we really are not.

At the end of the adventures, the brave Dorothy realizes that there is no place like home. In this way, the film leaves a message about the importance of valuing family relationships and being grateful for what you have.

Despite being an orphan her uncles and the people around her love her. Furthermore, it shows that although we sometimes feel lost, there are always ways to return home.

He who perseveres achieves

Dorothy and her friends experience a series of mishaps along their journey to the Emerald City. But nevertheless, this girl and her companions do not let themselves be defeated. She shows us the value of perseverance and making decisions that allow us to move towards our goals.

Do not judge a book by its cover

On a day-to-day basis, it is common for us to have many prejudices about people and let ourselves be fooled by the first impression they make on us. However, each person lives different processes with dreams, fears, qualities and defects. Thus, it is important not to be prejudiced or be carried away by stereotypes.

In the movie, what looked like a brave and angry lion turned out to be a scared lion. Each person is unique and we must take time to get to know them and understand their way of being.

take care of your friends

One of the teachings of The Wizard of Oz most interesting and valuable is that of the importance of friends. Dorothy’s journey and adventures are marked by the characters she met along the way.

They became his friends and they all helped each other.. In this way, the film teaches about the value of friendship and the importance of cultivating such relationships.

The power is within you

A general conclusion that can be drawn from this nice film is that each one has great inner potential. Both the scarecrow and the lion and the tin man do not have the best self-esteem. Also, they are looking for someone else to solve their problems: the magician.

However, history shows us how the power to succeed and fulfill one’s desires resides within each person. Sometimes you need to believe a little in yourself and improve your self-esteem to see the solutions. Today an analogy could also be made with the importance of taking care of mental health.

Now that you know more about the teachings of The Wizard of Oz, you will surely want to enjoy this movie as a family. In addition to the morals that we already pointed out, the story is very interesting because for its time it was progressive.

Although today feminism has achieved the conquest of many rights for women and more and more progress is being made on the road to equality, this has been a slow process. For its time, the narrative broke quite a lot with traditions and put a girl as the protagonist.

In addition, gave her qualities such as courage and the ability to decide for herself, showing a strong and determined Dorothy, not dependent on a man to achieve her dreams. This is all because Baum, the writer of the stories, was a supporter of women’s suffrage and women’s rights.