Bullfrag
Home Entertainment What is the origin of Aquaman’s blue suit? 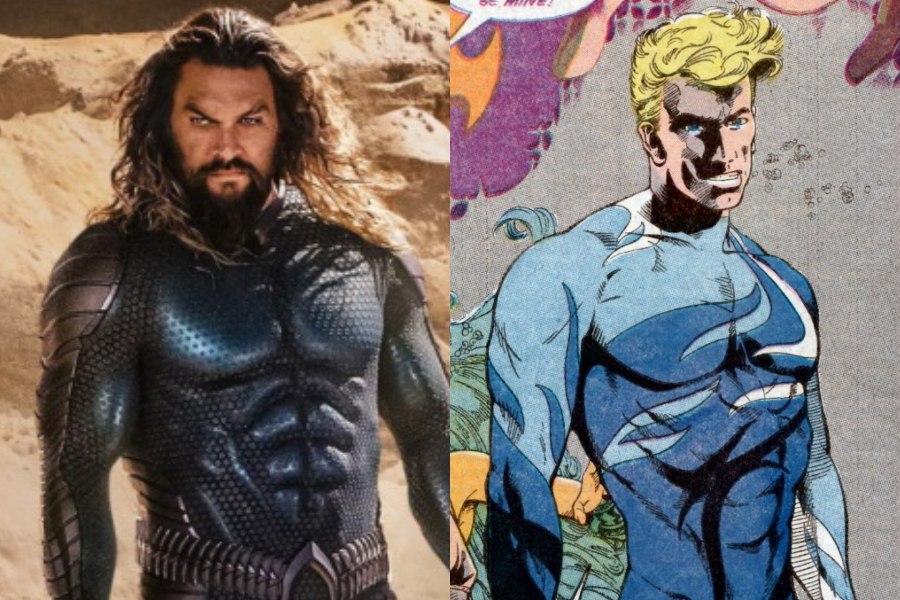 Facebook
Twitter
Pinterest
WhatsApp
Index hide
1 Learn about the history of the blue suit that James Wan presented on social networks, which will be seen in the plot of Aquaman and the Lost Kingdom
2 The history of Aquaman’s blue suit
3 The War for the Throne breaks out in SMASH and DC Comics Mexico
4 It is also being read

Learn about the history of the blue suit that James Wan presented on social networks, which will be seen in the plot of Aquaman and the Lost Kingdom

In recent days, director James Wan gave Cinocer a new outfit that will be worn by actor Jason Momoa in the filming of Aquaman and the Lost Kingdon, a blue suit that has a history.

“Here’s Jason Momoa in the classic Aquaman outfit AND a sneak peek at his other outfit – the stealth suit. Atlantean technology based on the camouflage capacity of cephalopods. David Leslie Johnson and I were inspired by the 80s “blue suit””.

The history of Aquaman’s blue suit

This suit dates back to February 1986, when DC Comics put their different lands “in order” in the great Crisis on Infinite Earths event, where several of their titles, such as Superman, Wonder Woman and Flash had reboots, and before these changes Aquaman couldn’t be left behind.

With the script by Neal Ponzer and the art of Craig Hamilton, the four-issue miniseries Aquaman was published, which delved into the relationship between Arthur Curry and Orm, two brothers with different views on the kingdom of the seven seas.

Aquaman settles back in New Venice until it is suddenly and totally destroyed by Ocean Master. The tragedy catapults Aquaman back to Atlantis, where he discovers that ancient talismans dating from the time of Arion are missing.

The purpose of this suit was for Aquaman to be more stealthy when traveling across the ocean, to face his brother.

This suit was not seen again, until the digital series Aquaman: Deep Dives, of the year 2020.

Aquaman and The Lost Kingdom will feature a cast led by Jason Momoa as Arthur Curry / Aquaman; Amber Heard as Mera and Willem Dafoe as Vulko.

The premiere of Aquaman and The Lost Kingdom will hit theaters on December 16, 2022.

It may interest you: Ocean Master looks unrecognizable in a new photo of Aquaman and the Lost Kingdom

Arthur Curry is a man of two worlds. Six years ago he was a surface dweller, raised as the son of a lighthouse keeper. But one day, the tragedy appeared. The destination was revealed. And young Arthur Curry claimed his birthright: the Throne of Atlantis.

His reign was short. When darkness threatened the surface world, King Arthur came out to face it. He was Aquaman, and he joined the team of heroes called the Justice League, thus leaving his kingdom.

SMASH and DC Comics Mexico brings you Aquaman: Gerra for the Throne, a story that cannot be missing from your collection

Why are Jason Momoa’s bodyguards smaller and thinner than him?

They demand dismissal of Amber Heard for ‘abuse’ of Johnny Depp