With a success rate in its hunts that is around 70%, the osprey ( Pandion haliaetus ), the second most widely distributed species of raptor on the planet, as the name implies, is an expert fisherwoman.

Since it begins to look for food it takes on average about 12 minutes to conclude a capture. Located on a hanger, perched on the shore or suspended in the air, the Pandion haliaetus watches the waters.

Once it detects its victim, this eagle, which can reach 160 cm in size, is thrown headlong, like a torpedo, in its direction.

During the fractions of a second it takes to lower, fold the wings up, extend the legs and stretch the neck, bringing the beak close to a few centimeters from the claws.

In that position, reminiscent of an arrowhead, it is completely submerged, although it does not take long to return to the surface. A strong blow of wings will allow you to take the flight with the well held fish. 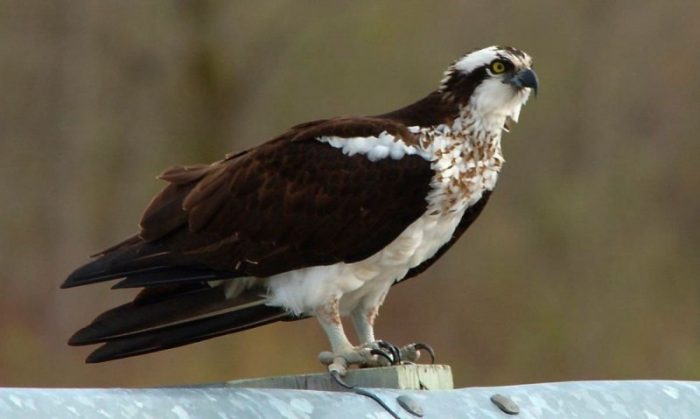 Index hide
1 WHERE DO YOU LIVE?
2 WHAT IS THE DIET OF THE OSPREY?

WHERE DO YOU LIVE?

Rivers, lakes and coast. They are found near water, either sweet or salty, where there are large numbers of fish.

It may be more common to find them around the main coastal estuaries and salt marshes, but they are also common around large lakes, reservoirs or rivers.

Sometimes, ospreys migrate away from water and even to the desert.

WHAT IS THE DIET OF THE OSPREY?

It usually feeds on fish between 10 and 30 cm in length. The type of fish varies by region, but is concentrated in the common species of each locality, such as sole, smelt, smooth, catfish, shad and gizzard.

Vinyasa Yoga: what is it and what are its benefits?

Take Two explains how GTA Trilogy sales have been going

the new SUSE distro for those abandoned by CentOS