Bullfrag
Home Health What is prosopagnosia and who can it affect? 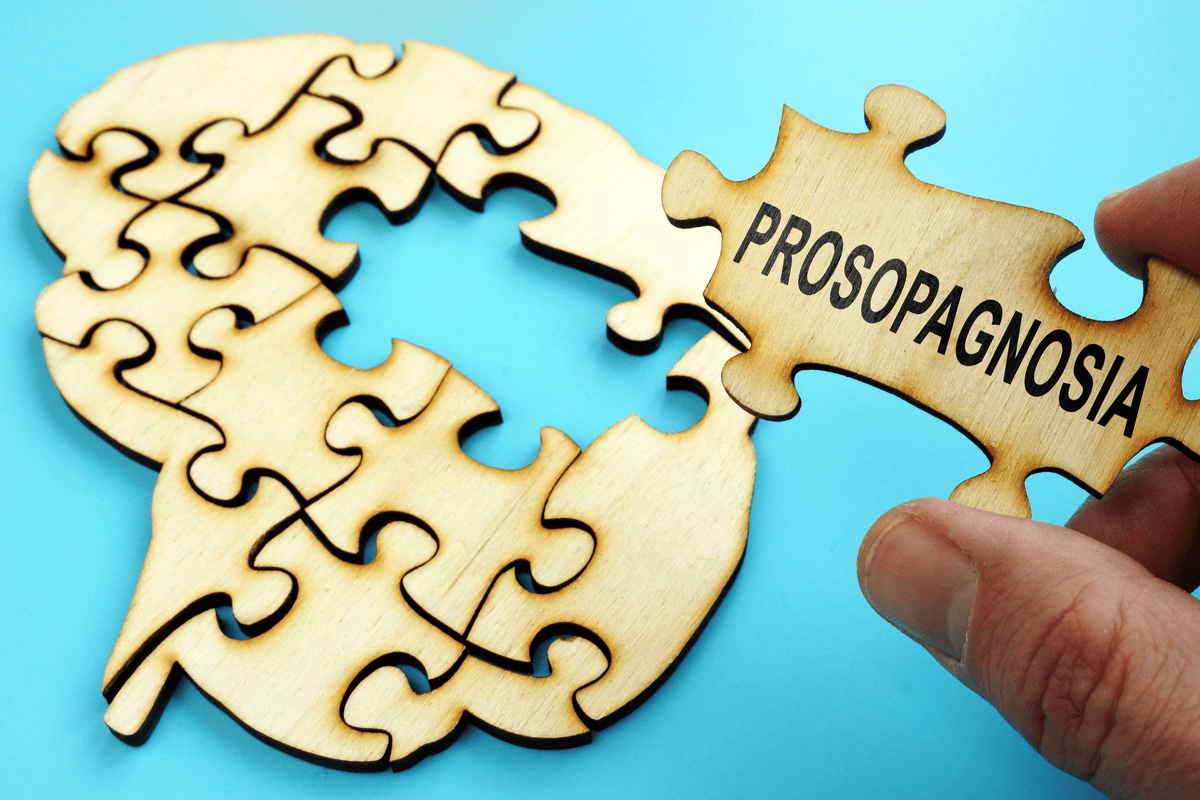 A face says a lot about a person. But what if your brain is not able to process this information? We tell you what prosopagnosia is.

Prosopagnosia is the inability to identify people by their faces. Those affected do not recognize the faces of people they knew before, nor do they become familiar with those they have just met.

When this occurs due to brain injury, we talk about acquired prosopagnosia. If there is no obvious neurological damage or generalized cognitive deficit and the defect is present from infancy, then it is a developmental prosopagnosia or congenital.

Symptoms and characteristics of prosopagnosia

People with prosopagnosia have an inability to recognize and discriminate faces with different degrees of disease. They do not recognize public figures or celebrities, but neither do they recognize those closest to them, including their partner and children. In severe cases, may not recognize themselves in the mirror.

It should be noted that the affected process is the ability to establish people’s identity through the information on their face, but the ability to process other facial information, such as expressions and emotions, is intact. They know they are in front of a face, but they cannot know who it is or if they have seen it before.

How to tell if a person has prosopagnosia

Murray et al. they interviewed adults and parents of children affected by developmental prosopagnosia and constructed a list of symptoms. The most relevant thing they found was the following:

In the place www.prosopagnosiaresearch.org a symptom checklist can be found.

Differences between acquired and developmental prosopagnosia

In acquired prosopagnosia, the condition is more severe than in developmental disease. The reason is not completely clear. But there are several hypotheses.

One is that people with developmental prosopagnosia have more time to practice compensatory behaviors. Others are that the lesions of patients with the acquired form are usually serious and affect the brain areas of face processing to a greater extent.

There are many factors involved in the brain processing of information from a face. This is reflected in the complexity of variables that intervene in the appearance of prosopagnosia.

First, the person perceives that he is facing a particular face. To do this, he checks it against the information stored in his brain about the structure of a face.

This face is then compared with those stored in memory to determine if it has been seen before. Finally, the person is identified and their name and biographical information are accessed.

Based on this model, it is usually divide prosopagnosia in variants. When the affected person is not able to perceive the differences between the faces of different people, they speak of apperceptive prosopagnosia. If you cannot determine whether you have seen the face before or associate the perceived information with identifying a person, then it is a amnesic prosopagnosia or associative.

Acquired prosopagnosia is probably not a unique disorder. Instead, it is a group of disorders that have the same outcome in common.

Various brain regions are involved in processing faces. Therefore, there are a variety of lesions capable of causing prosopagnosia. The classic injury that is the bilateral damage of certain areas of the occipitotemporal cortex.

Other conditions that can be related to the appearance of prosopagnosia are herpetic encephalitis, surgeries for the treatment of epilepsy, tumor resection or cerebral hemorrhages. If anything, the evidence suggests that structural and functional integrity of all brain regions is needed linked to face recognition for normal performance.

READ:  How does your child's brain work?

By definition, people with developmental prosopagnosia should have no obvious lesions. However, it is postulated that they present alterations in brain tissues that are not seen in conventional imaging studies.

These abnormalities may be present in the areas involved in brain processing of faces or in the connections between them.

There are families in which various members through the generations are affected. Because of this, developmental prosopagnosia is suspected to have a genetic basis and a dominant hereditary component.

In fact, Wilmer and collaborators determined that monozygotic twins share 70% of their ability to recognize faces. Meanwhile, dizygotic twins only 29%. This means that the researchers’ findings support a crucial effect of genes.

According Jenkins and collaborators, an average person recognizes 5000 faces. This ability to identify and recognize people is key to interpersonal relationships.

So those who have prosopagnosia have traumatic and stressful social experiences for their inability to recognize people. This leads to them isolating themselves, avoiding meetings and crowds, and having a limited social circle.

Those affected have anxiety, depression, other mood disorders, feelings of shame and guilt. In children it affects their school performance. They can present exaggerated fear of strangers and separation anxiety.

How is prosopagnosia diagnosed?

To diagnose this entity face familiarity tests are used. These assess the ability to recognize faces that have been seen before.

The most used is the Cambridge face recognition test (Cambridge Face Memory Test). In this test, the participant performs a series of tasks that are increasing in complexity. You are asked to memorize faces and to discriminate familiar faces from others that are not.

They are also used questionnaires to measure the social impact of the disease in everyday activities, such as prosopagnosia index (PI20). However, there are no useful laboratory tests for the diagnosis of prosopagnosia.

A person is said to have prosopagnosia if the following criteria are present:

A key point when diagnosing prosopagnosia is to rule out any other disease that may explain the symptoms. It must be confirmed that there is no vision or memory problem.

Similarly, such difficulty in recognizing faces may exist in the context of other pathologies. In children, we find, for example, autism spectrum disorders.

In adults, schizophrenia, Parkinson’s disease and Alzheimer’s disease, among others. On the other hand, if the patient is able to recognize that he has seen a face before, even though he cannot give his name, this is not prosopagnosia.

There is a possibility that there is a reorganization or modulation of the neural network responsible for face recognition. In this way, a rehabilitation would be possible.

So the approach to people with prosopagnosia has two approaches:

A multidisciplinary accompaniment of the affected person is recommended that includes a neurologist, psychologist, psychiatrist and social worker. The goal is for this person to have the best possible quality of life.

Can prosopagnosia be cured?

Given the heterogeneity of presentations, a specific treatment program may not be useful for all those affected. Each will have a different rehabilitation potential.

In acquired prosopagnosia, the efficacy of therapy will depend on the age at which it appeared, the time that has passed since then, the size of the lesion, the side of the brain affected, and the location.

Oxytocin is a hormone involved in the regulation of social and reproductive behavior. For this reason, its therapeutic utility in various diseases has been explored.

While there are no approved drugs or medications to treat prosopagnosia, Bate and collaborators conducted a study with inhaled intranasal oxytocin, obtaining favorable results. In those affected by developmental prosopagnosia improved test performance that measured the recognition and identification of faces.

A rare disease that affects relationships

Prosopagnosia can affect your everyday life. But this can change if you receive the appropriate social and professional support.

If you recognize any of the symptoms or situations described in this article, don’t hesitate to ask for help and consult your doctor. A team of several professionals will be able to guide you.

The continuing medical education course that you cannot miss

Variant R.1 COVID: Why should we be vigilant?

Doctor is arrested for recording patients while auscultating them

Covid-19 and Guillain-Barré Syndrome, is there really a relationship?

Organ Donation and Transplantation: How Should They Be Promoted?

Umbilical granuloma: what is it and how is its treatment