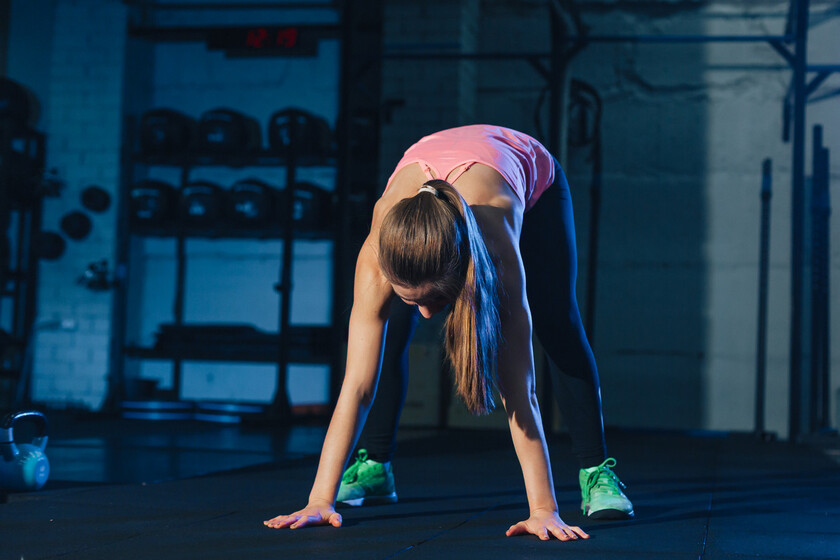 When evaluating physical condition in general or some specific aspects of it in particular, there are dozens of tests that professionals can go to.

Some may be more precise than others or be more useful in specific ages or populations, so the coach’s criteria and experience will be key to using the appropriate tests in each case.

In this article We explain what one of them consists of, the Burpee test, used to evaluate aerobic resistance.

The origins of the Burpee test

The first thing we must say is that the burpee as a movement or set of movements has undergone several modifications since its origin.

The original creator was Royal Huddleston Burpee, a New York City physiologist who invented a much milder version of the move, intending to do it just four times in a row as part of a fitness test. All this happened around 1939.

It was a time when sports sciences were focused on evaluating the physical condition of people who were already trained but Burpee wanted to do the opposite: assess the fitness of untrained people in an easy and safe way.

To do this, he invented a four-beat movement, as yet unnamed, that would provide a quick and accurate way to assess the physical condition of ordinary people. Originally it simply consisted of crouching down with your hands on the ground, throwing your feet back in a plank position, returning to the previous position and standing up. There was no bending and no jumping.

To assess fitness, Burpee took five different heart rate measurements before and after performing four burpees and devised an equation that accurately assessed the heart’s efficiency in pumping blood, a good measure of overall fitness.

Read:  Did asymptomatic toilets contribute to the spread of COVID?

The evolution of the burpee to what we know today

Although the original move was friendlier, it was still tough, so much so that in 1942 the military adopted it as part of its aptitude test for men enlisting in the armed forces during World War II. The soldiers had to perform the movement for 20 seconds at a time. But nevertheless, in 1946, the military extended the time to one minute, during which 27 to 41 burpees had to be performed. Less than 27 was a very poor mark, 41 was excellent. Nowadays, these scales are usually taken as a reference to measure physical condition, although it is a test that has become obsolete and is not usually used as an effort test.

These changes were not to the liking of Burpee who wrote in his notes that these volumes of work were not suitable for people without preparation and that they could even be harmful to the knees or back, especially if they lacked strength at the core level. Recall that in Burpee’s original plan, the move was only to be performed four times.

From here, already in the last decades and thanks to disciplines such as CrossFit, the burpee continued to evolve to what we know today, a six-count movement that includes push-ups and a jump with the hands above the head.

In Vitónica | This is a stress test in the first person