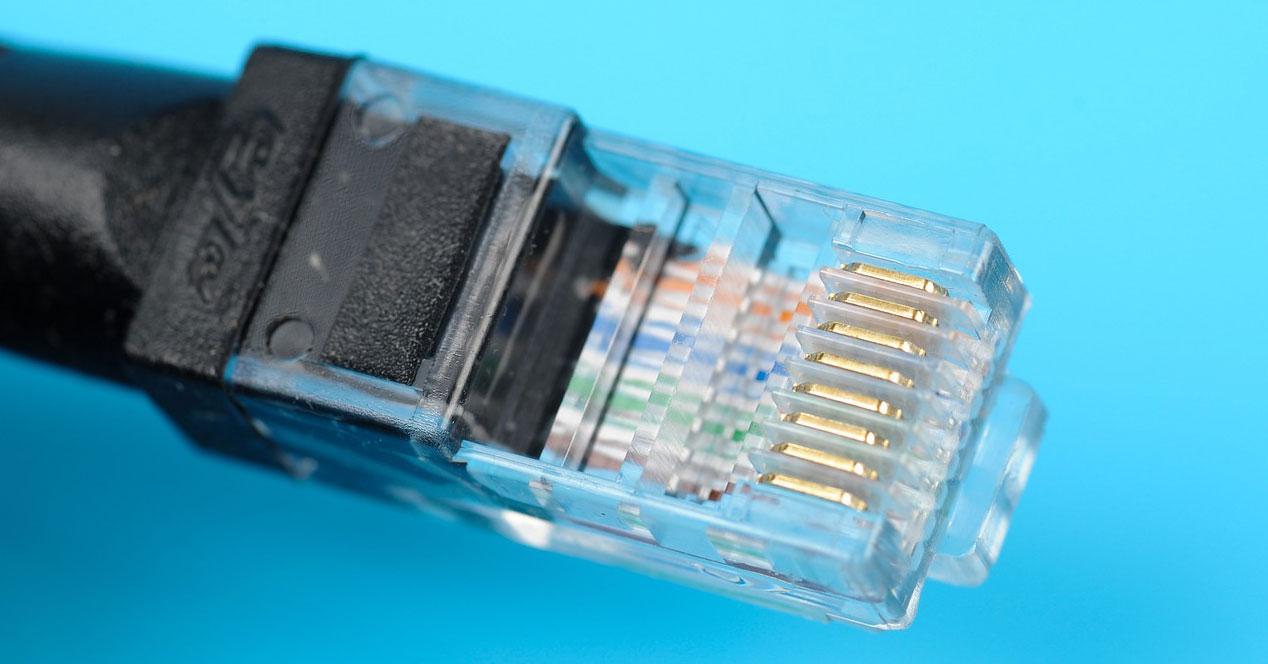 These types of cables were created because network administrators had problems trying to join networks from one host. Thus, to solve this challenge, crossover cables were introduced. This cross-wiring model involves a special cabling system for direct networks. Its purpose is that it allows us to join two intermediate devices without having to use a switch or router as an intermediary.

Thus, we could say that the most frequent uses of a crossed network cable would be for directly:

However, throughout this article we have spoken in the past, and currently crossed network cables are completely obsolete, because all network electronics such as routers, switches or Ethernet network cards have Auto MDI/MDI -X. This technology allows the network card itself to detect what type of device we are connecting, and it will exchange the “pins” internally, without the need for us to use a crossed network cable. Thanks to this technology, it is only necessary to use straight or flat network cables that are generally much cheaper than crossed ones, and the cable is really the same.

Index hide
1 Identifying a crossover cable
2 Is such a cable useful for anything?

As we have seen before, each type of network cable has a different purpose of use, however, today with the Auto MDI/MDI-X. We have already seen that a crossover cable and a normal Ethernet cable are different and the aspect that must be taken into account to differentiate it will be its cabling system. For wiring they use the 568A and 568B schemes. Here is an example of both:

In this regard, it should be noted that prestigious organizations such as ANSI, EIA, and TIA adopt these two methods for wiring Ethernet cables. So a straight or regular ethernet cable it is when the two RJ.45 connectors are placed in the cables following the T568B standard, although we could also use the T568A standard at both ends (although this is generally deprecated).

Read:  The shower gel and body balm used by Nuria Roca smells like grapefruit and is perfect for sensitive skin in summer

At crossover network cable at one end of it we use the T568B configuration, and at the other RJ-45 connector we will establish a T568A color wired system. Here you have a diagram where you can clearly see the configuration of the pins that we must insert in the RJ-45 connector to follow the aforementioned standards.

As for the identification and differentiation between the two, we can do so by looking at the placement of the cables in the RJ-45 connector. In the vast majority of cases we will find a direct Ethernet network cable.

Is such a cable useful for anything?

Today this type of cable does not make any sense, because all network electronics already support Auto MDI/MDI-X, so it is not necessary at all. In addition, we must bear in mind that this type of cable is usually more expensive than direct or flat cables, simply because it is “crossed”. In the event that you want to connect two computers directly to each other via cable without the need to connect a switch or a router, you can do it without problems with a direct or flat network cable, because their network cards already support Auto MDI/MDI-X.

In case you want to buy a crossover Ethernet network cable, here is a Cat5e class one:

However, if you need an Ethernet network cable, our recommendation is that it be of category Cat 6 and above, today Cat 7 cables are quite affordable and will provide us with high wired speeds and suitable for Multigigabit networks:

As we have explained to you, nowadays it does not make sense to buy a crossed network cable, in fact, if you have some at home you could use it without problems to connect a computer to a switch (in theory it should not work, but it will because both the card and the switch support Auto MDI/MDI-X).