Bullfrag
Home Entertainment What if … Thor was an only child? in pictures 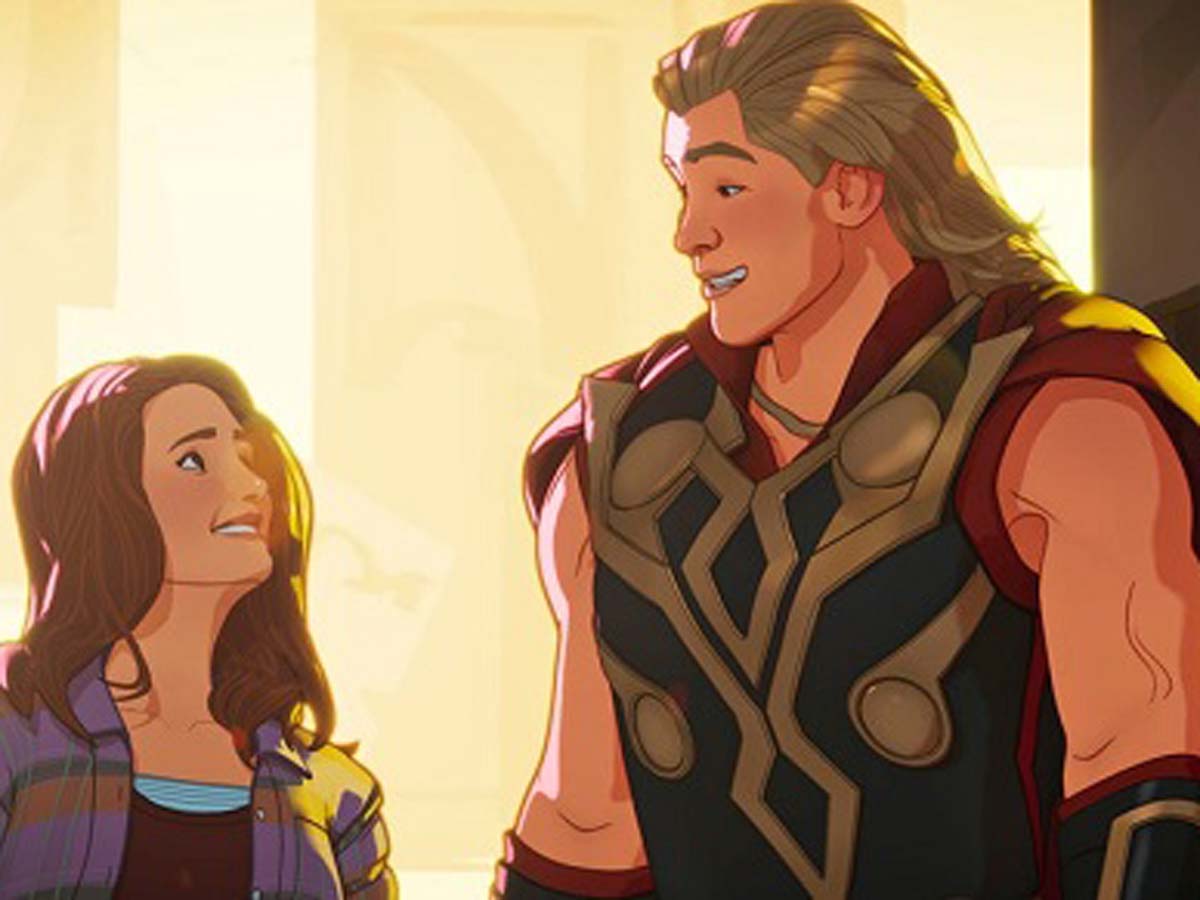 Facebook
Twitter
Pinterest
WhatsApp
Index hide
1 Marvel Studios has released a ton of images showing the latest chapter released on Disney + of What If …? this time with Thor as the protagonist. (Spoilers notice)
2 Then we leave the chapter in images in which we can see well-known characters of the UCM such as Darcy, Korg, Loki as an ice giant, the great master, Howard duck, Surtur or Nebula among many other cameos:

Marvel Studios has released a ton of images showing the latest chapter released on Disney + of What If …? this time with Thor as the protagonist. (Spoilers notice)

The last chapter premiered on Disney + of What would happen if …? is the most comical and less dramatic than the previous installments, taking us to a reality in which Thor was raised as an only child, since Odin returned Loki to his parents, and without the God of deception doing his thing in the childhood of Odinson instead of turning him into an even more conceited character, we have seen him become a party animal, far from the superhero image to which he has us accustomed.

This version of Thor when he came to earth was not as punishment for having stoked an old feud between Asgardians and the ice giants, since Loki was never in this reality conspiring against his brother. On the other hand, Odinson takes advantage of the fact that his parents are not there to control him (Odin when he enters his restful sleep and Frigga taking a retreat to visit his sisters), to organize a typical American party, inviting everyone, except that instead of doing it On his planet, in order not to attract attention, he uses the earth as a playground away from Heimdall’s gaze.

All this however makes it draw the attention of Jane Foster, who had already contacted SHIELD when discovering the destruction of the last place where Thor held a party, which goes to Las Vegas to investigate what happens, meeting Thor and joining to the party.

With SHIELD on alert for an alien invasion, and without The Avengers to stop the god of thunder the agency led by acting director Maria Hill, decides to call in the last resort, Captain Marvel. Showing an epic fight between both superheroes, however, it will not be the Captain who stops the god of thunder, but her mother alerted by Jane Foster. And like in a good American party comedy, Thor must end the party and convince his friends to help him clean up all the mess they have made before Frigga arrives to see what really happens.

At the end of the chapter it seems that Thor has his way in What would happen if…? and when he asks Jane Foster for a date, they are surprised by several Ultron drones that arrived on Earth with Vision as their leader dressed in Ultron armor and carrying all the infinity gems. We have no idea where things go from here, but this needs to be addressed in some way as we move towards the final two episodes. However, there are many cliffhangers that we hope to see how they end if not this season the next.

Then we leave the chapter in images in which we can see well-known characters of the UCM such as Darcy, Korg, Loki as an ice giant, the great master, Howard duck, Surtur or Nebula among many other cameos: