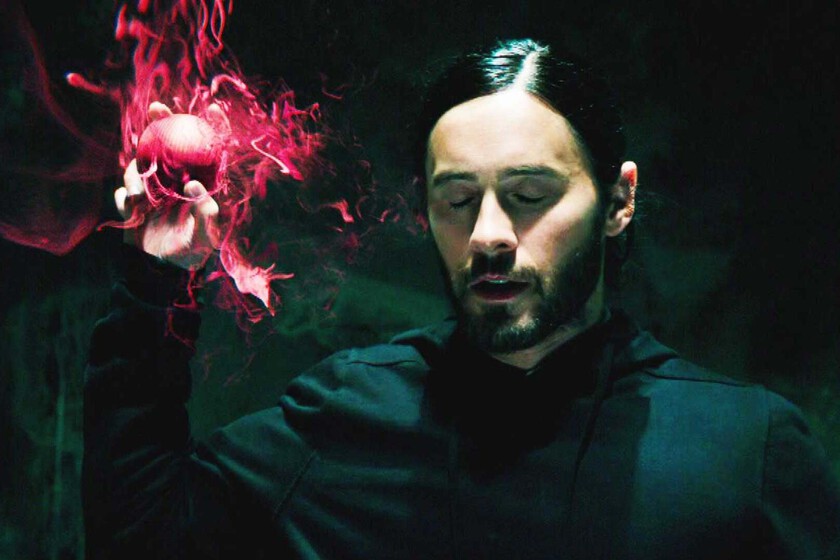 On April 1st, ‘Morbius’ was released, the new feature film with which Sony continues to shape its particular Spider-Man Universe by pulling on the wide assortment of Marvelite Spider-Man villains and raising juicy sums of millions of dollars along the way through projects that, honoring the truth, have a more than questionable quality in cinematographic terms.

With this last sentence you can already guess that the proposal of Daniel Espinosa and Jared Leto has not excited me too much. Not only has it seemed obsolete to me —in 2001 it would have been the bomb— in its way of tripping over the usual stones of origin stories and in blurred and erratic treatment of his characters; also in a disjointed narrative that invites us to think of a somewhat uneven creative process.

In fact, among all the chaos that has ended up being shown in theaters, there are a couple of elements that suggest that, in effect, ‘Morbius’ has received a good rewrite in the cutting room. I’m referring to your two uninspired and baffling post credits scenes, of which we are going to talk next with, of course, a few spoilers involved. You are warned.

traveling through the multiverse

In the first post-credits scene of ‘Morbius’, once the protagonist has got rid of the main enemy of the show in a not too climactic climax, we can see a dimensional crack like the ones that appeared over the New York sky during the third act of ‘Spider -Man: No Way Home’, and what takes Adrian Toomes —the Vulture— into the universe of Venom and company.

The villain played by Michael Keaton appears in prison, but since in this reality he has not committed any wrongdoing yet, free in a blink of an eye. A situation that leads us directly to the second post-credit scene, also starring the Vulture.

In it, Jared Leto’s Dr. Michael Morbius drives to a remote location — as shown by a detailed GPS map. Once he gets out of his vehicle, meets Adrian Toomes, decked out in his mech suit, who tells him that he has no idea how he got there, but it sure has to do with Spider-Man. Then, the Vulture offers the vampire an alliance in what seems like a nod to the group of villains known as the Sinister Six.

Read:  This is how the 'hidden' shortcuts work in the app icons on Android

If the post-credit scenes are characterized by something, it is by their intention —sometimes effective, sometimes not— of surprise the respectable with some unforeseen appearance or a cliffhanger of those that leave you salivating and wanting more; but the particular case of ‘Morbius’ is very, very special.

If we go back to last February, when Sony released the umpteenth trailer for the film, we can see that Michael Keaton’s Adrian Toomes makes an appearance in several fragments belonging, at first glance, to passages completely different from those that are framed in the post-credit scenes of the film. A series of clips of which there was no trace in the trailers published in 2020 and 2021.

This, which could be simple promotional clumsiness applied to attract the attention of the potential public at all costs, could indicate that ‘Morbius’ has undergone quite drastic changes during the post-production processturning, among other things, what appears to be a subplot present in the footage of the tape, into a couple of scenes condensed into a couple of minutes —with all the narrative alterations that this implies in the development of the plot—.

It is often said that montage is the third writing of a feature film and, in this case, although everything is conjectures trying to make sense of 109 bumpy minutes, this one seems to have been tremendously drastic. And it is that, if we raise our eyebrows and play the conspiracy letterwe could well ask ourselves: Were each and every one of the delays suffered by ‘Morbius’ related to the pandemic scenario or was trying to fix what has ended up being “unfixable” with scissors and glue?