By HarleyKaiaSeptember 30, 2022No Comments3 Mins Read 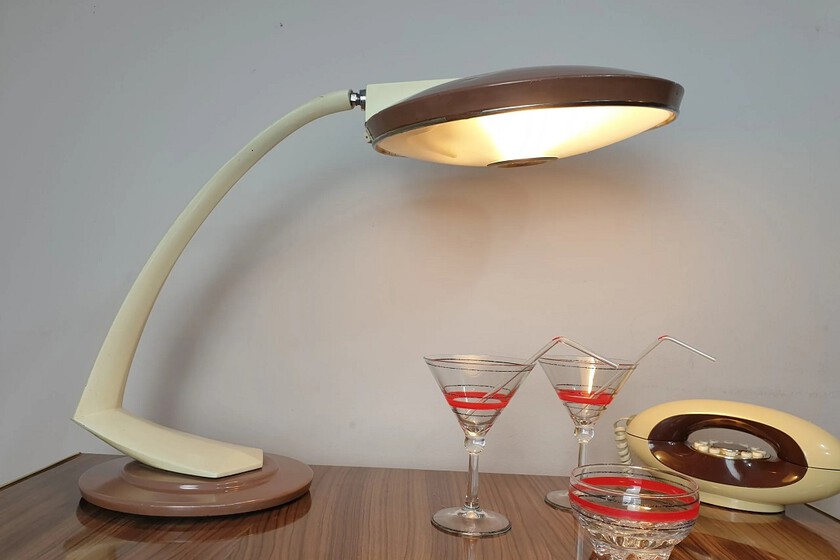 There is furniture and accessories for the home that are part of the collective memory of the Spanish. From everyday objects such as Duralex tableware, to iconic lamps such as the Cesta, by Miguel Milá. Among the list of deco objects and accessories that are part of our history and that today are the object of desire by hipsters and collectors, today we set our deco radar on the phase lamps.

These lamps that are already part of the history of spanish industrial design they were manufactured in Industria Fase, a company created in Madrid in 1964 by Pedro Martín García and Luis Pérez de Oliva. In addition to the Fase lamps, other lamp models, as well as ashtrays and litter bins, came out of that factory. And although at that time they looked like imported lamps, the truth is that both design and manufacturing were done in Spainspecifically in Torrejón de Ardoz.


Fase lamps were incredibly successful at the time thanks to their futuristic air design and its high durability, within the company’s philosophy of creating everyday objects at very competitive prices.

In its moments of splendor, in addition to illuminate businesses, offices and homes across the countryFase came to provide the Franco government with lamps (and hence they could be seen for many years, until well into democracy, in the ministries and police stations or in university faculties).

The success of the Phases was not limited to our country. The lamps made the leap beyond the Pyrenees and it was sold in France, Holland, England, Norway or even the United States, Canada or Japan.

But after the success of those years, and after the closure in the last years of the 20th century, Phase lamps were forgotten. In fact, in the Torrejón de Ardoz warehouse there was a large stock of unsold lamps that can still be bought in antique shops.

Index hide
1 From offices, to appearing in series and movies
2 Exorbitant prices for a Phase lamp
3 These lamps may also interest you

From offices, to appearing in series and movies

After years of neglect, perhaps due to being associated with being present in Francoist offices or in police stations, the truth is that now the Fase lamps are objects of desire for collectorsfor design lovers and for hipsters who long to have it in their homes.

Part of the current success of this lamp is because it has appeared repeatedly in Spanish series and films, but also foreign ones. In the list of appearances as part of the props, names such as Cuéntame, La Casa de Papel, Velvet, Amar en Tiempos Revueltas, Mad Men and House stand out, in addition to having been seen in Almodóvar films, or in the fourth installment of Indiana Jones .

Exorbitant prices for a Phase lamp

Currently, this Spanish design icon of the 60s and 70s They can be bought in flea markets and flea markets, in antique dealers, or in online stores and sales applications, with prices ranging from 300 or 500 euros to 1,000 that have been paid in international auction rooms.

These lamps may also interest you

What happened to NeXT, the company founded by Steve Jobs when he left Apple and that saved the technology giant