What happened to Rossi? Julián Álvarez’s goal at River-Boca from an angle that TV did not show

By MartinOctober 4, 2021No Comments4 Mins Read 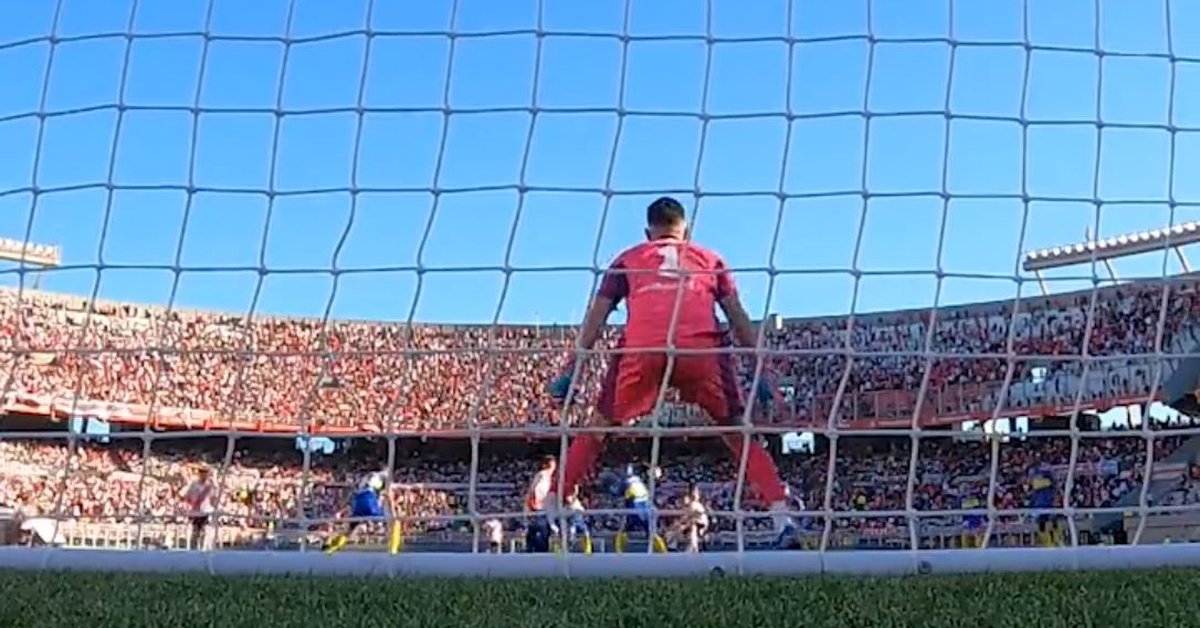 River Plate clearly beat Boca Juniors and he added a very important victory in the Superclásico played at the Monumental stadium. These three points allowed the Millionaire climb to the top in solitude of the Professional League and to return to the triumph in his stadium by local tournaments after eleven years.

Julián Álvarez was the great figure of the afternoon for being the author of the two goals with which Marcelo Gallardo’s team won by 2 to 1 (discounted for Xeneize on the final Carlos Zambrano). The 21-year-old forward’s first goal was a real goal after a very strong shot from the crescent that took Agustín Rossi by surprise.

And precisely The reaction of the Boca Juniors goalkeeper was one of the most discussed topics in the broadcast and on social networks. It is that the former goalkeeper of Lanús, Estudiantes de La Plata and Chacarita It took him a while to try to hand the ball and some attributed it to the sun, which obstructed their vision.

Julián Álvarez referred to this action after the match: “It was a play that I hooked and I almost didn’t even look at the goal and I gave it to hit him. It came out strong, nice goal ”. When asked if the goalkeeper’s late reaction was due to the discomfort that the goal could have caused him, he analyzed: “I don’t know, it was a bit complicated with the sun, we are not used to playing at this time. If the ball came down fast, I don’t know if that was it ”.

Nevertheless, a video that he posted TNT Sports and that did not show the transmission shows how Agustín Rossi was surprised by the powerful shot, who took a strange parable and came down suddenly.

Read:  When Poncho Zuleta said that he was an Uribe player "to the bone" and that whoever voted for Petro "is crazy"

The 26-year-old goalkeeper he looked back twice to try to position himself in the most correct way but before the auction of Julián Álvarez he threatened to throw himself to the right and when he wanted to go back on the fly, the ball was already inside the arc.

It was not a good day for Agustín Rossi, since River Plate’s second goal was born after a bad clearance from the arc, which left the rival’s counterattack served.

Marcelo Gallardo was enthusiastic after winning the Superclásico: “Now we are a serious candidate for the title”

How the expulsion of Marcos Rojo conditioned the game and why he decided to remove Cardona: 6 phrases from Battaglia after Boca’s defeat in the Superclásico

The Monumental thermometer: the request to Gallardo and the delirium of the fans in River Plate’s victory against Boca

With Julián Álvarez as a great figure, the report card of the Superclásico between River Plate and Boca Juniors

The best memes of River’s triumph against Boca with Marcos Rojo, Rossi and Julián Álvarez’s performance as protagonists

A great one-man team and a touch with the No. 9 manual: this is how Julián Álvarez’s two goals were for River Plate against Boca

Edwin Cardona’s gesture of annoyance when Battaglia replaced him: was it his last Superclásico?

Cardona and Pulpo González made fun of River fans: the gestures that sparked the controversy

Controversy over the capacity at the Monumental: they allowed 36,000 fans, but they estimate that 20,000 more entered

18 photos of the Superclásico that River Plate beat Boca Juniors