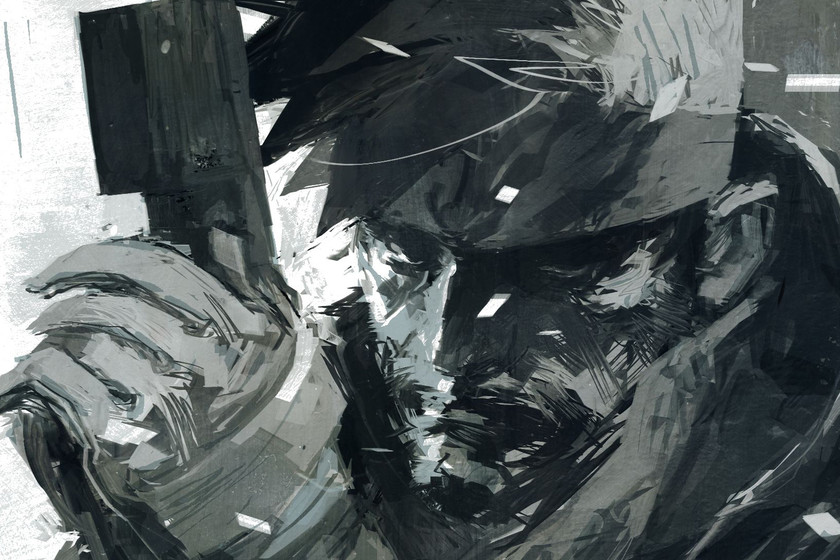 From time to time we like to look back and see what has happened with video games, how they have evolved over the years and how that fits with today. Today, for example, we want to travel back in time 24 years ago to see what the best games released in 1998.

The truth is that it was a truly spectacular year, as you will be able to see below. Surely many of you experienced it at a certain age and will keep very good memories of that time. For others, all this would catch you too young, not to mention those who came later, but if you are here you have something in common: the list will make you smile more than once.

let’s go there with the 17 best games of 1998sorted by original release date:

Before the end of January 1998, he burst onto the scene Resident Evil 2. Thus, like someone who does not want the thing, the sequel to one of the best zombie titles in memory came to our consoles to steal another good many hours. To this day we await the remake like rain in May, that’s the way it is.

As if the Capcom title wasn’t enough, at the end of February it was released, also for PlayStation, one of those games that marked a before and after. Set in feudal Japan, Tenchu it was one of the first ninja games to incorporate stealth as a mechanic. More than one still misses him.

At the moment we are going to play great games per month… and without taking into account that in addition to all these games many other titles of greater or lesser importance came out in between. Anyway, at the end of March at Blizzard he decided to put out a sci-fi themed real-time strategy game called StarCraft and the rest is history.

After more than three years of development in the garage of Tim Sweeney, founder of Epic Games, using a completely new graphics engine, Unreal It came out for PC at the end of May ’98 and changed the video game industry forever. And if not, let’s take a look at the number of titles that have been created with the Unreal Engine since then and talk. Cliff Bleszinski himself was also one of the game’s designers along with James Schmalz.

While rare is doing its thing to add content and fix things in Sea of ​​Thieves, its most recent release, we remember that platform game full of color and starring a bear and a bird. What a couple. Such a fun game Banjo-Kazooie.

I believe that Commandos It is probably the PC game that I dedicated the most hours to at that time. I’ve always been more of a console player when it comes to playing, even having started all this with an MSX and being surrounded by friends with Amstrads, Commodores 64 and others, but the strategy title from the Spanish Pyro Studios had me hooked for a long time . Wonderful.

Do you want another fat saga? Well come on, in 1998 it was also released f zero x, Nintendo’s futuristic racing game. It is a sequel released nine years after the original, because why rush, and included 3D graphics for the first time in the saga.

BOOM! We couldn’t get enough of what we had been receiving for the rest of the year when Konami came along and released this true masterpiece by Hideo Kojima. That the angular graphics of metal gear solid Don’t be fooled: we freaked out a lot with Snake’s adventure and with everything that Kojima had prepared for us. This really blew our minds.

Read:  Showdown among the games to play for free this weekend with Xbox Live Gold

Yes, yes, now it’s back thanks to that trilogy that was announced last April, but the little purple dragon already had us spellbound for hours twenty years ago. The truth is that with platforms like Spyro the Dragon either Banjoo-Kazooie we had fun for a while.

I don’t know if you’ve realized it by now, but 1998 was a huge year for all of us who enjoyed video games. And this list still has a lot of big titles ahead of it. You’ll see, yeah. Total, that Interplay launched that year the sequel to that RPG called fallout that he liked so much. Head to the history of video games.

Sir Daniel Fortesque! I have somewhat vague memories of my gaming sessions with medieval, which I didn’t exactly spend a few hours on, but I think that controlling a rather comical-looking skeleton blew my mind. About. In any case, the Sony game was able to captivate half the world. And it will return on PS4.

Indeed, folks, the third installment in the Crash Bandicoot saga was released 20 years ago. It’s not that we didn’t already know it, but seen like this again, surely more than one begins to feel the passage of time on their backs. Not even a little bit of anything. Needless to say naughty dog a great game of platforms like the top of a pine tree was pulled out of his sleeve. Another one, come on.

Nonsense is over. 1998 was full of great games, as we have been seeing, but if ‘Half-Life’ is not one of the most important titles in history, none is. Can you imagine living now a year in which you will be joined by a ‘Half-Life’ with a Resident Evil, a Crash Bandicoot, a Fallout, a Metal Gear, etc., etc.? Crazy. And of course, nobody smelled anything at all when the Valve title arrived. Bananas.

Will not be Tomb Raider III the best installment in the saga, no, but it’s hard to miss a new Lara Croft adventure. At that time we came from two very interesting releases, so without a doubt this release was one of the most outstanding 20 years ago.

The Legend of Zelda: Ocarina of Time

Don’t you laugh at this point? After all those gems that make up this list, do you go out and The Legend of Zelda: Ocarina of Time? Well of course, friends. One of the best and most beloved installments in the saga came out the same year as the first ‘Half-Life’. take it now

I do not know what to say anymore. At this point in 1998 I imagine that we would be half crazy already. Or maybe not. Perhaps we did not realize what had happened and only now, seen with a certain perspective, we marvel at how epic that year was for video games. Anyway, if we talk about role-playing games, Baldur’s Gate, developed by bioware and published by Interplay, it remains a reference.

In addition to those 17 great games that make up the list, that same year many other titles were released, such as Gex: Enter the Gecko, Panzer Dragoon Saga, Parasite Eve or Suikoden II, to mention a few more. Crazy.

We need an IRA for Mexico