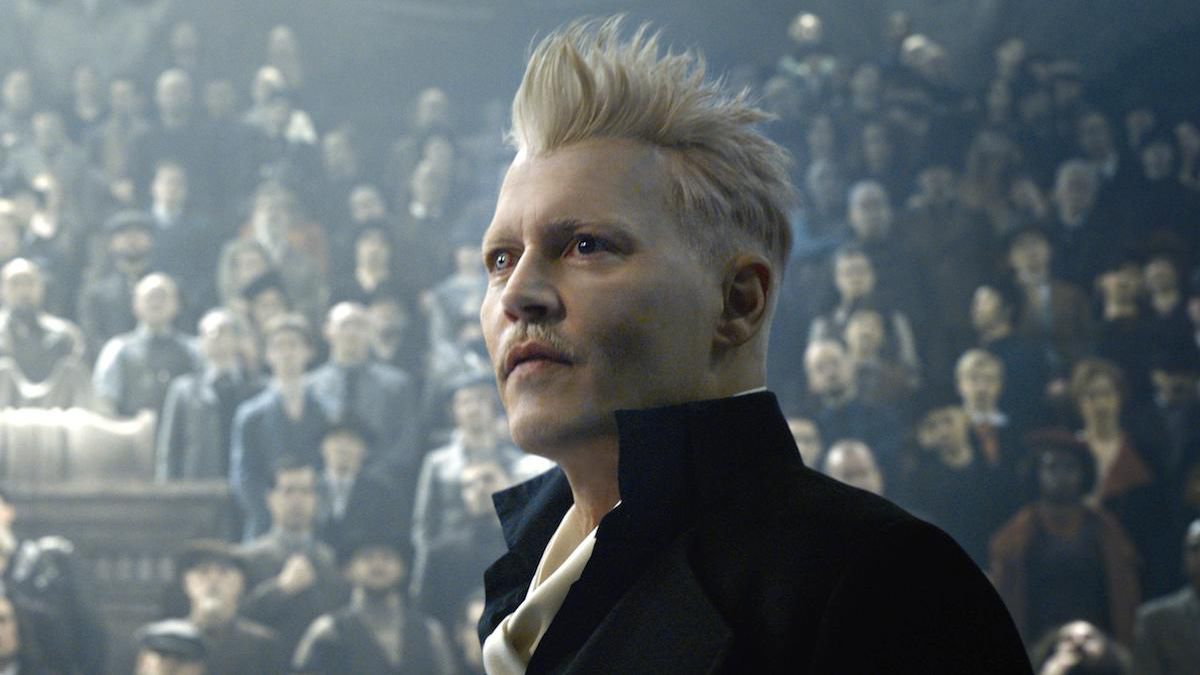 Share
Facebook Twitter LinkedIn Pinterest Email
Index hide
1 Mads Mikkelsen, an actor who was recently seen as the villain Gellert Grindelwald in Fantastic Beasts 3, mentioned the possibility of Johnny Depp reprising his role in the Harry Potter franchise, although a fourth film has not yet been confirmed. Read more here!
2 Share it with whoever you want
3 Related Posts

Mads Mikkelsen, an actor who was recently seen as the villain Gellert Grindelwald in Fantastic Beasts 3, mentioned the possibility of Johnny Depp reprising his role in the Harry Potter franchise, although a fourth film has not yet been confirmed. Read more here!

After the media trial that pitted him against his ex-partner Amber Heard, Johnny Depp little by little he is resuming his film career (or at least that’s what he tries to do). Let us remember that after the controversy over the complaint of domestic violence in which both actors were involved, many production companies (one of them Warner Bros) took out Depp of your projects.

That’s why, Johnny Depp was forced to abandon his role as Gellert Grindelwald, whom we had seen in Fantastic Beasts: The Crimes of Grindewald. In the next movie (Dumbledore’s secrets), as the villain was basically one of the central characters, Warner Bros had to find a replacement: Mads Mikkelsen.

This change upset many fans. Not because they didn’t like the Danish actor, but because they didn’t think Depp he deserved to be removed from the franchise, especially when the trial had not yet started. Furthermore, the situation worsened when the controversy surrounding Ezra Millerwho still Warner did not fire

Although some voices supported Mikkelsen What Grindelwald, the actor was left in the middle of a complicated situation and, whenever he had to talk about it, he did so with great respect. “I have no interference in that matter, and I don’t know what happened in his private life, I don’t know if what happened is fair, I mean that he lost his job. For my part, all I knew was that the show had to go on. The truth is that they called me, and they were really in a hurry on this matter. I loved the script, and I accepted the job. And I know this is very controversial to a lot of people, but that’s how things happen from time to time.“, had said Mads Mikkelsen.

Read:  This is everything you need to know about Buggy's new crew

However, now that the trial has passed and the Virginia Court has ruled in favor of Johnny Depp in his defamation complaint, this actor you can resume your activities on the screen, including the two great sagas in which you worked: Pirates of the Caribbean Y Fantastic Animals.

During the Sarajevo Film Festival, where Mikkelsen received the Honorary Heart of Sarajevo Award for his contribution to the seventh European art, the Danish actor was asked about his participation in Fantastic Beasts 3 and surprised with his statement, in which he slipped the possible return of Depp What Grindelwald.

First of all, Mikkelsen acknowledged that the experience was “intimidating”, as he was worried about replacing an actor as popular as Johnny Depp. However, he continued: “Obviously, now the course has changed, the lawsuit won, the [caso] judicial, so let’s see if he comes back. He could”.

“I am a big fan of Johnny. I think he’s an amazing actor, I think he did a fantastic job. Having said that, he couldn’t copy it. There was no way he could just copy it, because it’s so much of him. It would be creative suicide. So we had to think of something else, something that was mine, and build a bridge between me and him. So yeah, he was intimidating. His fans were very, very sweet, but also very stubborn. I didn’t interact too much with them, but I could understand why they broke their hearts”, he explained Mikkelsen.

However, despite the fact that the Danish actor believes that Depp can come back as Grindelwaldthere are still many doubts as to whether Fantastic Beasts 4 it’s going to be done. Dumbledore’s Secrets did not have a great response and his numbers do not excite WB. The film was released in April and has grossed just over $405 million, up from $650 million for the previous installment.

On the other hand, while Mikkelsen contemplate a possible return of Depp, the latter already has other projects in his sights. One of Depp’s projects that will make a feature film called Modigliania biographical drama based on the figure of the Italian painter Amedeo Modigliani. Also, Depp will also work in the film Jeanne duBarrywhere he will play the king Louis XV.