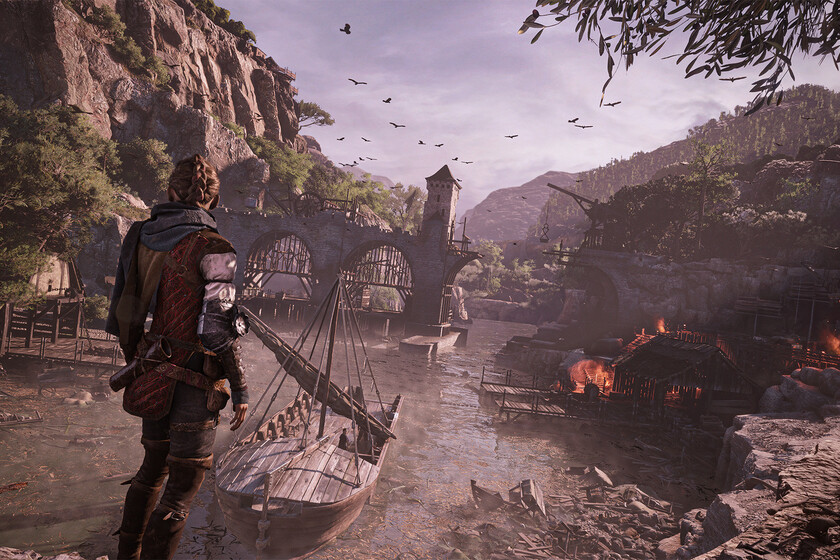 There is not E3 2022. That is the harsh reality that we must accept and that will hit us in just a few weeks when the month of June arrives. With an exciting return in 2021, the world’s largest video game fair has been erased in this annual edition.

Therefore, it is necessary to take a look at what is usually the time of year in which we receive the largest number of advertisements. There are still a few events to keep an eye on and hold on to for some real industry blowouts.

The main course that we do have confirmed for June. Xbox and Bethesda will join their paths again after making their relationship official with the purchase of the creators of Skyrim and Fallout. There’s no E3 this year, but that’s not stopping them from giving us away 90 minutes of pure show.

The truth is that Microsoft must hit the table after the disappointment of the delays of Starfield and Redfall. Both works were presented as the main workhorses of the company for this 2022, but now we will have to wait a little longer for their arrival.

However, the purchase of studies must be convincingly noted. The division led by Phil Spencer has a brutal arsenal of developers, so it is time for us to see titles like Avowed, Perfect Dark, Fable or Hellblade 2 in action again. On the other hand, we cannot rule out a new boost to Xbox Game Pass with the possible inclusion of Ubisoft + or the rumored family plan.

The truth is that silence has been the main trend of Sony in recent months. The State of Play format allows the Japanese company to regularly launch the most interesting news, although we haven’t seen any since March.

PlayStation should also be noted around these dates, despite the fact that it left the spotlight at E3 several years ago. An PlayStation Showcase would not come but not bad, although there is no confirmation on absolutely nothing. God of War: Ragnarok should come to the fore once and for all to confirm a date this year as the company’s main exclusive.


The new PlayStation Plus format will arrive in Europe in June and perhaps a proper presentation would not be viewed with disfavor. On the other hand, Forspoken or stray they are presented as console exclusivities that should be taken advantage of, as is the case with Final Fantasy XVI. Let’s not forget other long-term projects, such as Marvel’s Spider-Man 2 or Marvel’s Wolverine from Insomniac Games.

The big N is the least need to put all the meat on the grill. The Japanese company he has done his homework excellently and he has well covered the entire year 2022 with works like Xenoblade Chronicles 3, Mario Strikers: Battle League Football or the always desired Pokémon.

All in all, Nintendo always points to the month of June with the corresponding Nintendo Direct, which is still up in the air. No official confirmation in this regard, so for now we can only wait. Of course, beyond showing us the titles that we already know, the artillery would come with gameplay and dates for bombings of the caliber of Bayonetta 3, Metroid Prime 4 or the sequel to The Legend of Zelda: Breath of the Wild.

It is a tradition that is repeated every six months. Our friend and neighbor Geoff Keighley appears to delight us with its presence and an event that can mark the future of the industry. They are not minor words, since last year he had nothing more and nothing less than the exclusive of the great advance of Elden Ring.

The truth is that the Summer Game Fest is a great event that encompasses many others, such as Xbox & Bethesda. However, the main sirloin with Keighley as presenter will be on June 9. These are the members who sign up for the party, so some of their titles will be shown during the gala.

Read:  "Expect the unexpected", Hisense activation that takes you to Qatar 2022

Day of the Devs

Focused on the indie market and seeking to boost the talent of lesser-known developers, the Day of the Devs aims for a showcase as powerful as Geoff Keighley’s. We’ll have a double helping of events on June 9th. Last year about 20 works were shownso we can expect a similar number for the 10th anniversary of the event.

The next day we have a new appointment. Also framed in the Summer Game Fest, the Tribeca Games Spotlight invites us to take a more personal look at nine works. This time we don’t have to keep in doubt about what they will be, since they are the following: American Arcadia, Ace Dusk Falls, The CubCuphead: The Delicious Last Course, Immortality, Oxenfree II: Lost Signals, A Plague Tale: Requiem, Thirsty Suitors Y Come on.

In principle, all of them should see the light in 2022 and will also come to PC through Steam, although not exclusively and can be launched on other platforms.

Very good opportunity for indie games. We are talking about two chained retransmissions, although on the part of Guerrilla we hardly know almost anything. This is not the case of Wholesome Games, whose event will start at the end of the first.

More than 100 works will pass before our eyes, with the only confirmations so far of Snufkin: Melody of Moomin Valley and the bartender simulator sequel. Indeed, we will see Coffee Talk: Hibiscus and Butterfly.

Another event that we should not miss in any way. And it is that missing the opportunity to see 40 games would hurt, and a lot. Although some of them will count as previews of already known works, it is no less true that we will be able to see worldwide revelations of multitude of titles.

There are no restrictions of any kind when it comes to talking about genres or platforms, so we can expect surprises of all kinds. Some of the confirmed partners for the Future Games Show are with Team 17, Thunderful Games or Amanita Design.

Usual during the last years at E3, the truth is that the PC Gaming Show does not forget to appear on our screens. Obviously, we are talking about the most anticipated appointment for the computer communitywith ads specially dedicated to them.

What we know so far is that more than 45 titles will be at the show, with works like Arma 4, Sam Barlow’s Immortality, the Levitation mod for Half-Life: Alyx, Warhammer 40K: Space Marine 2 Y win 3 On the other hand, we will see two exclusives by Clei Entertainment and 11 Bit Studios.

There is no confirmation of a date, but Tetsuya Nomura gave us the definitive clue. The news about Final Fantasy VII Remake Part 2 They will arrive in June in relation to the event that commemorates the 25th anniversary of the release of the seventh original installment.

It’s been more than two years since we got to see Tifa, Cloud and company with a good facelift, so we need to see them in action again. On the other hand, we cannot forget Naoki Yoshida confirmed that the next preview of Final Fantasy XVI is coming.

Therefore, everything indicates that the future title of the saga will move to some of the aforementioned events and thus give the remake all the prominence it deserves with its own show.

A minor event, but relevant for fans of Blizzard’s work. Overwatch 2 continues to take steps forward to launch definitively. What we have clear is that the plans of hero shooter future will be revealed, with a special focus on information about the upcoming PvP beta. Other than that, you have to wait.