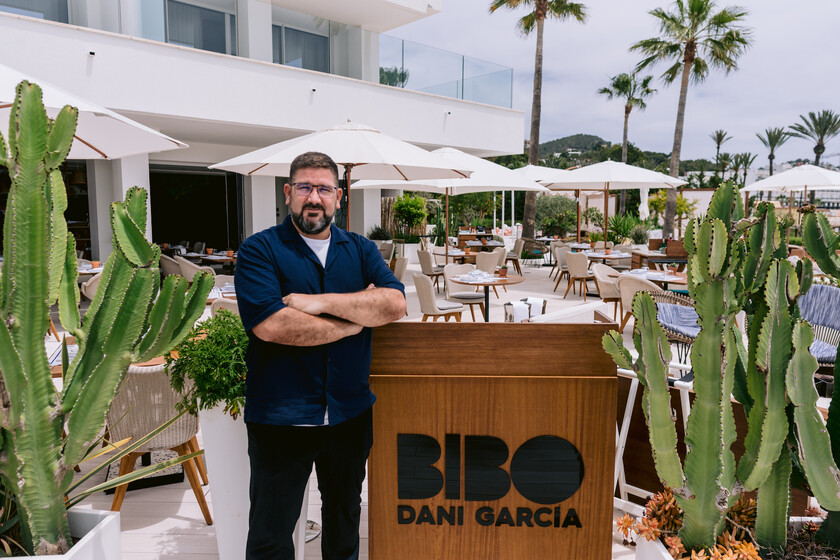 Marbella, Madrid, Dubai, New York, Doha, Ibiza… The tentacles of the empire of chef Dani García do not stop growing and his restaurants, a success with the public and critics, are beginning to be very present in some Spanish cities.

It is clear that Marbella, the city where Dani García was born and where he got the three Michelin stars in 2019, It is the place where we find the imperial redoubt of the chef from Malaga, but the city of Madrid, another of its strongholds, is not far behind.

names like Bibo, Sea Wolf, Leña, Alelí, Babette or Smoked Room They are already part of this conglomerate grouped under the name Grupo Dani García, which also has its version at home with La Gran Familia Mediterránea.

Today, so that you can put a face to all Dani García’s restaurants, we tell you what they are, where they are and how much they cost, distributed in places as diverse as Doha, Malaga, Dubai, London, Tarifa or New York. As of today, the chef has 23 restaurants open, which we are going to break down in alphabetical order.

Vegan proposals, haute cuisine with two Michelin stars, 21st century steakhouses, Japanese, restaurants dedicated to fish, cocktails, bets with some of the classics from its more than 20 years in the kitchen, Italian, French cuisine… Grupo Dani García plays almost all the gastronomic styles that we can know.

Located in the Puente Romano Beach Resort hotel in Marbella, Alelí is the most Italian proposal by Dani García and one of the most recent openings. Here he prepares traditional Italian cuisine, taking a tour of some of the great dishes of the Italian cuccina, including Neapolitan-style pizzas. For this it has nicholas friends as head chef, a Roman chef who brings the touch of truth to a proposal

Babette is the most French-style proposal by Dani García, in a world that emulates the mythical novel by Karen Blixen from babette’s feast and where room service and elegance take on special importance, being the chef’s most academic restaurant. Among some of its star dishes is the Chateaubriand Wellington vs Rossini, the three sirloins of the Consula or the vol au vent Babette.

Madrid, Tarifa, London, Doha, Ibiza and Malaga airport are the places where we find perhaps the most informal and international BiBo proposal, as can also be seen in its many locations. In it there are some great successes of his kitchen such as the oxtail brioche, crispy prawns or the bull burger. Restaurants with a lot of atmosphere, with cocktails and music at night, the BiBo are the perfect place to understand a little better the evolution of Dani García’s universe. In addition, restaurants in holiday spots such as Ibiza or Tarifa only open from spring.

Rice dishes, fideúás, gazpachos, paellas, grill, croquettes, tortillas… Casa Dani is the embassy that Dani García has opened in New York at the expense of Spanish cuisine. Located in one of the neighborhoods of Manhattan and just 10 minutes walk from the Empire State BuildingCasa Dani is the return of the chef from Malaga to the American streets.

The formula closest to haute cuisine that Dani García develops himself today in Madrid is found at the Four Seasons hotel. On its top floor, including the terrace, is Dani Brasserie, which in addition to having some great hits in the Malaga chef’s career such as Tomate Nitro, is also committed to a high quality product and academic preparationsin addition to an intensive use of the ember.

The Dani García’s first cocktail bar opened its doors inside BiBo Madridwhere it is also accompanied by a brief cooking menu with some of the chef’s greatest hits, which are served in this kind of clandestine where the cocktail menu has 12 drinks created for the occasion, as well as international distillates that are difficult to access.

Read:  how to get free Protogems and more rewards with the Windchaser event

It cannot be enjoyed in Spain, but It is a Dani García restaurant even if it is for delivery and be in the United States specifically in New York, where he proposes a fast good based on chicken, both in roasts and in sandwiches and in bowls, which is having quite a success and which is another example of the type of cooking and commercial vision that the chef from Malaga has.

A great fan of Japanese cuisine for years, Dani García also opened a purely Japanese restaurant in the summer of 2022 inside the Hotel Puente Romano. For 45 diners and with an omakase bar, Kemuri also evolves at night into Kurai, a speakeasy cocktail bar. Soups, nigiri, sushi, sashimi, traditional recipes and a firm commitment to the product, including gems such as wagyu, are part of the Andalusian chef’s most oriental commitment.

Little presentation needs the delivery commitment that the Malaga chef launched before the pandemic and that is already in more than a dozen cities (Marbella, Malaga, Madrid, Barcelona, ​​Sabadell, Seville, Valencia, Alicante, Elche, Almería, Granada, Córdoba, A Coruña, Palma and Valladolid) and where He has touched several styles, including collaborations with great chefs, with influencers like Paula Ordovás or with streamers such as El Rubius, Vegetta777 and Willyrex, which coexist with his sushi proposal, Dani García classics and more traditional dishes.

Located in Marbella and Madrid (as well as Dubai), Leña is the most carnivorous and scorching bet of Dani García, that christened it a 21st century steakhouse where there is no shortage of hamburgers, grilled meats and much more elaborate recipes such as its yakipinchos, which are perfect to start the evening, just like its menu, understandable, in the starters based on croquettes and endless recipes that go through the grill. The wine list is also powerful and is, without a doubt, one of the most enjoyable restaurants for the chef.

Baptized as a resalao bar, Lobito de Mar is Dani García’s malagueñismo transferred and exported to the rhythm of skewers, fried fish and seafood delicaciesdistributed in three locations such as Marbella, Madrid and Doha, which carry the most marine products from Dani García’s menus as their flag and are perfect as snacks or to share without complications.

It is the great gastronomic restaurant of Dani García after closing his three stars and, to date, the only one of his establishments to have conquered Michelin again, after win two stars in one fell swoop in the 2022 edition. Officially, Dani García does not cook, but he is the majority partner of this adventure that employs the young chef Massimiliano della Vedove in the kitchen and who proposes a unique tasting menu based on charcoal that they baptize as Fire Omakase. In addition, there is also a Smoked Room in Dubai.

Tragabuches is the name of the first restaurant where García got a Michelin star (it was in Ronda) and now he has recovered the concept to emulate an Andalusian tavern where haute cuisine takes center stage, delivered to the cause of the product and zero kilometer. At the moment it is only in Marbella, although an opening in Madrid is in mind, and it is another of the most attractive and affordable ways to get to know Dani García’s cuisine. In addition, it also offers breakfasts where there is no shortage of muffins and other Andalusian delicacies. You should not miss the omelette with white zurrapa, the fried eggs with prawns and red butter or the smoked belly seasoned with peppers.