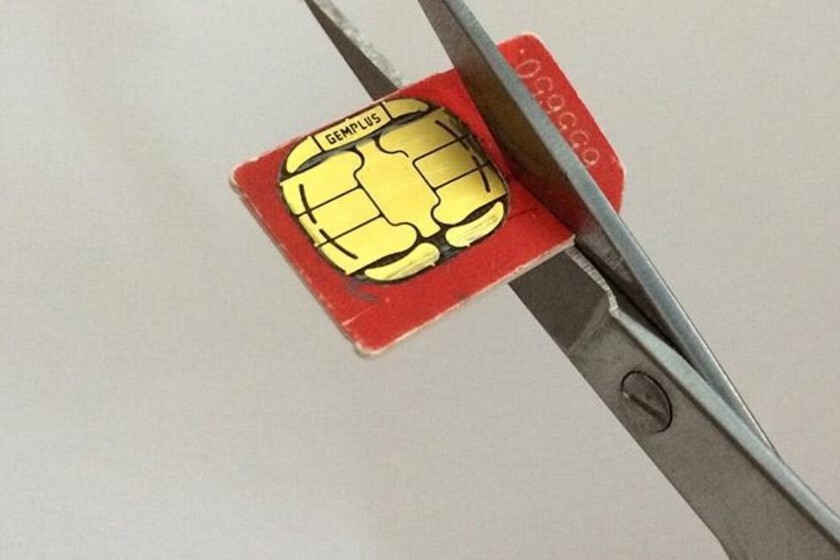 Very recently, SIM cards turned 30 years old. 3 complete decades with cards inserted in our phone that have evolved from the original “giant” cards until the physical component has disappeared. And within these virtual or electronic cards, the eSIM, we already have a new format among us.

Forming part of the eSIM, the programmable chips inserted in the motherboards of more and more mobile phones, watches, tablets and other devices, iSIMs have been born. And what are they in the end? It is eSIM fully integrated into the processor. No more occupying space somewhere on the motherboard, everything is inside the SoC. And although they were devised in 2018, it is now that Qualcomm has brought them to the market.

An electronic SIM of “a fraction of a square millimeter”

The first appearance of iSIMs occurred in 2018. It was when ARM, responsible for the dominant architecture in mobiles and tablets (and we will see if it does not end up eating the world of PCs as well), presented the new technology. The obsession with reducing the size of the internal components of mobile phones in order to take full advantage of them led ARM to design Electronic SIMs that were contained within the processor itself.

ARM has already indicated that the new iSIMs could be part of the SoCs of mobile phones and other devices thanks to occupying a space of “a fraction of a square millimeter “. An ideal size not only to be able to hide the chip but also to save costs for manufacturers, not only by erasing the physical SIMs of their phones but also by reducing the size of the eSIMs that we currently have, of about 6×5 millimeters.

And 3 years after that presentation, in August of this year, Qualcomm announced its iSIM technology that also arrives on board the Snapdragon 8 Gen 1. It does not arrive exactly, or Qualcomm does not explain it that way, but specifies that the new Snapdragon 8 Gen 1 meets all the requirements to incorporate this iSIM. It is possible that the brand will leave it to mobile phone manufacturers to decide whether they want to integrate it into the SoCs they buy from Qualcomm or not.

Read:  This will be the first phones with the powerful Snapdragon 898

Qualcomm also calls its iSIM eUICC, short for Universal Integrated Circuit Card preceded by the “e” of Electronic. Qualcomm said in its presentation that “the integrated eUICC provides secure connectivity to increasingly smaller devices in ways that were previously not possible with conventional SIM cards.” Of course, having an iSIM of 1 square millimeter allows integrate 4G or 5G into almost any known device currently.

The model presented by Qualcomm in August already included the possibility of having multiple numbers inside, “multiple subscriptions on one SIM according to industry standards.” With its iSIM, Qualcomm also promises that we will be able to store documents such as the electronic ID, or banking-type apps, all after the firewall security of its Snapdragon chips and with the technology of 4 and 5 nanometers of the processor itself. In short, expanded operation and a notable reduction in space.

Qualcomm’s iSIM arrived in August 2021 and the company itself confirmed that the Snapdragon 888 5G, which was already in circulation since the beginning of the year, was the first chip “compatible with eUICC”, and now the Snapdragon 8 Gen 1 also joins this list. What remains, therefore, is that these iSIMs finally reach the market to begin to normalize the fact of not having an interchangeable physical SIM card.

this we know about the next Coca-Cola smartphone

Meet the iFi GO blu, the device that improves the audio of any Mac or smartphone

Infinix Mobility arrives in Mexico to compete in the smartphone market