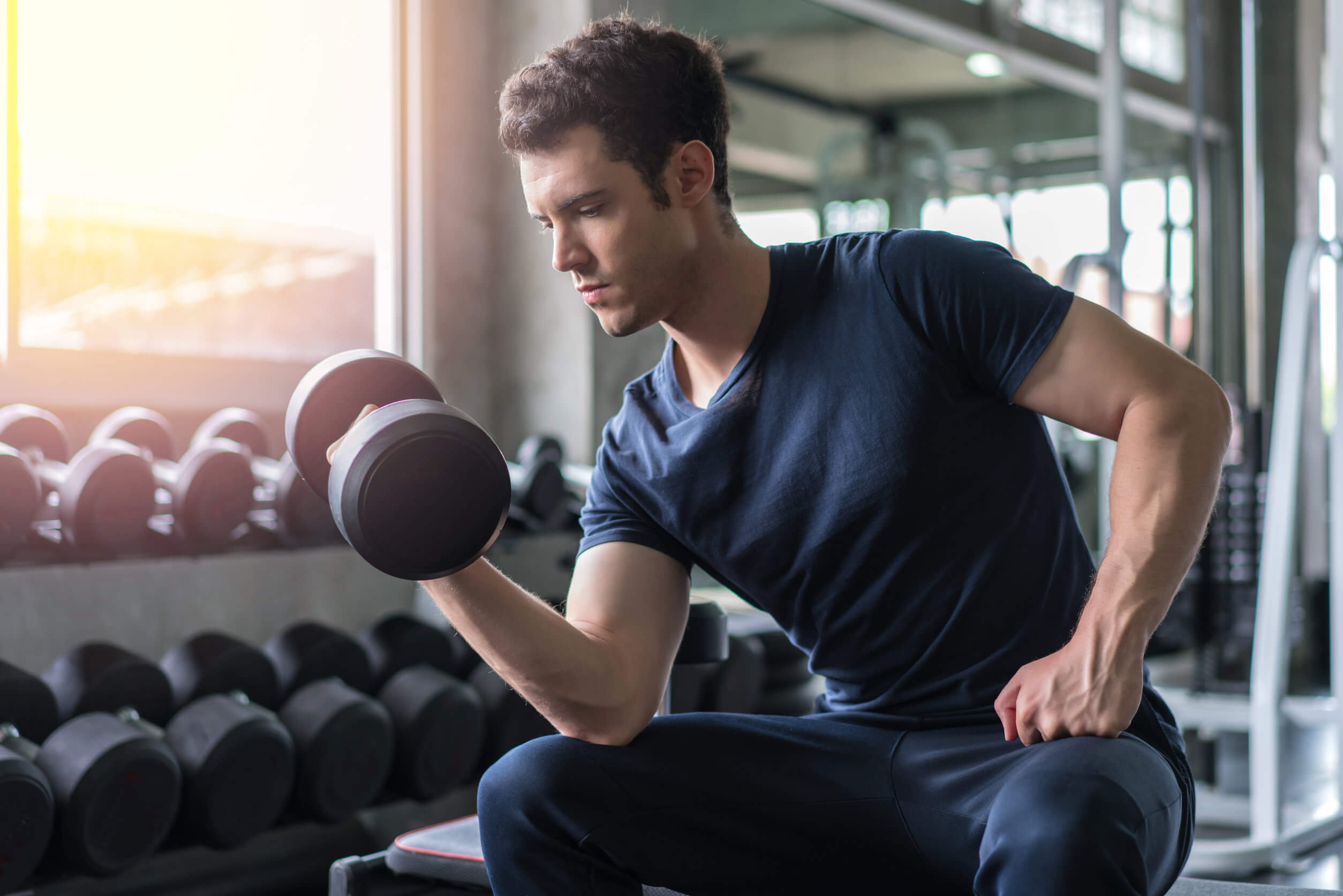 Compound sets and supersets are a training alternative to the conventional method. They are aimed only at experienced athletes and allow you to reduce the time spent in the gym.

Bissets, triseries, and supersets are terms that gym buffs have ever heard. Next to the calls giant sets, drop sets, pyramid sets and training cluster are the most popular types of series among experienced athletes. In principle, they are aimed at achieving the metabolic stress and they are an alternative when you have little time to complete a routine.

These three variants consist of the elimination of rest time between two or three sets through agonist or antagonist exercises. Due to the level of tension, strength and resistance that it demands, they are not recommended for the average user, nor as a substitute for regular training.

Still, the encore, triseries, and supersets are an alternative that every gym lover should occasionally include in their routine. Today we will tell you what they consist of, what muscle groups and exercises you can work on and what are the advantages that you receive in between.

Index hide
1 Biseries
2 Triseries
3 Pre-fatigue
4 Post-fatigue
5 Superseries
6 What are the benefits of supersets and composite series?

To know what are the biseries, triseries and supersets we must first understand what a conventional routine consists of. In sum, most athletes train based on what is known as simple series. This training method is based on performing a certain number of series (in general it varies between 3 and 6) with the help of chains of repetitions (ranging from 3 to 12).

Between each series a time interval is included, long enough for the muscle to recover depending on what the athlete is looking for. The series are based on the same exercise. The basic principles of simple sets are partially discarded in a routine of bis, triseries, and supersets.

The biseries are based on agonist exercises. In other words, in those that involve the same muscle groups. As the name implies, they revolve around two series of exercises whose novelty is to eliminate the rest time between each one. Let’s take the biceps muscle for example. A biseries routine could start from the following examples:

In this case the routine is based on three biseries, although of course more can be included based on the strength of the athlete and his goals. The rest time between one exercise to another of the same series must be minimal, just enough to stretch the muscle, prepare to execute the movement, and focus on lifting the weight. The one that takes place between beats varies between 60 and 120 seconds.

The triseries follow the same style as the biseries, only that this time the number of exercises for the same muscle group rises to three. They are usually recommended only to those who are already familiar with two cycles, as endurance and strength are much more demanding.

This type of variant is usually done in large muscle groups, because these can withstand a greater load. An example of a triseries routine for the chest is as follows:

You can also include pulley flutter and weighted push-ups as an alternative. The important thing is to design the routine based on the objectives and distributing a weight that you can support for three series in a row with only a few seconds of rest.

Regarding this, and considering the muscular wear generated by triseries, it is not advisable to do more than three triseries for the same muscle group. Also, do not exceed the number of times you include them in your monthly routine.

Variants that integrate more than three exercises are called giant sets, or giant series, and are intended primarily for very experienced athletes.

Now that you know what the biseries and triseries exercises are about, it is time for you to know other terms related to this training method. The first one is pre-fatigue, also called pre-exhaustion. As the name implies, consists of fatigue a muscle through isolated exercises before performing a compound exercise.

Read:  Some 6,229 doctors did not attend their recruitment appointment

This variant was popularized by bodybuilders such as Mike Mentzer and Arnold Schwarzenegger, and is only recommended for experienced athletes. The principle that governs its application is that when performing a compound exercise there are muscles that are exhausted earlier than others (When doing chest, the triceps muscle fatigue earlier as it is weaker and smaller).

Because of this, the main muscle is not fully stimulated. For this reason, pre-fatigue through isolated exercise before proceeding with compound exercise. There is no conclusive evidence in its favor, although thousands of athletes tout its effectiveness.

In general, avoid doing more than two sets in pre-fatigue exercises. In turn, it is not advisable to exceed beyond 8 repetitions. A classic example is the dumbbell opening for the chest.. The movement is slow and looking for a greater involvement of the muscle.

Mode that operates under the same principle as the pre-fatigue exercises, only this time it is applied in reverse. Compound exercise is performed first and then focuses on an isolated exercise. Some prefer this modality because they can develop the series (biseries or triseries) without initial muscle fatigue and with greater efficiency.

Post-fatigue exercises are often used only in weight lifting, because it is easier to isolate a specific muscle. In calisthenics, the above is a bit tricky. An example is doing pulley triceps extensions after doing a workout routine. press bench for the chest.

You can alternate both modalities in the development of the biseries and triseries. We reiterate that they are only recommended for experienced lifters, since the initial or subsequent fatigue conditions the performance and the weight that the muscle group can support.

Supersets are more popular than bissets and triseries because they allow a muscle group to partially rest while performing the second exercise. It is also known as superset and takes into account, at least in principle, six antagonistic areas:

Although groups can be created from other muscles, these are the classics that are worked in a supersets routine. It is usual that they are composed of two series, but it can also be three or four. An example of this modality is the following:

These exercises synthesize the muscle groups presented. The rest between each superset varies between 60 and 120 seconds, although it can be extended a couple of seconds more depending on the goals and the amount of weight lifted.

What are the benefits of supersets and composite series?

Bissets, triseries, and supersets should be included occasionally in routines as a variant of classic exercises. Some of its benefits are the following:

This last advantage is the reason why millions of people use these workouts. There comes a point where you cannot lift more weight than you would like, even your strength and endurance is impaired even when in theory you do everything right. Betting on compound series and supersets can be part of the solution to the problem.

As a final recommendation you must remember not to exceed beyond your capabilities. It is very likely that you will have to reduce the amount of weight you lift because you have to distribute your strength to face the next exercise. Keep this in mind to avoid injury or overtraining.