What are Argentina and Brazil looking for with their common currency? 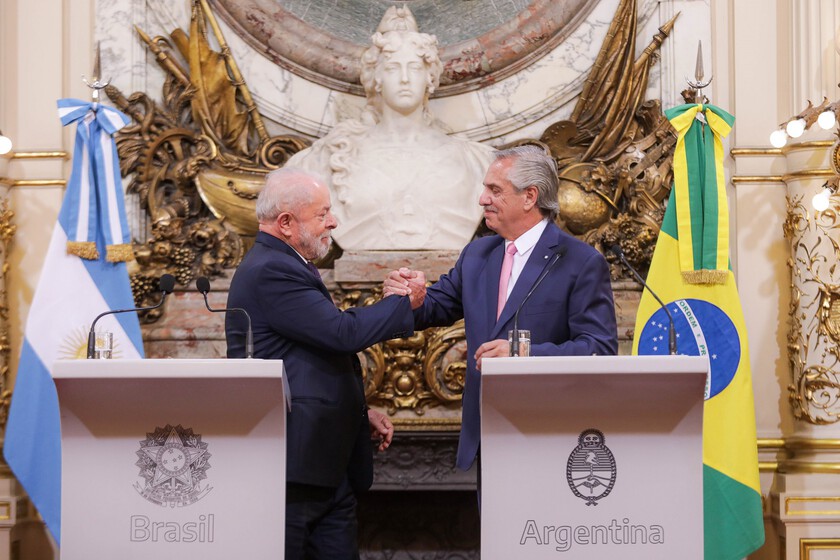 2022 was a very intense year at the level of international politics. Most of the attention was captured by the Russian invasion of Ukraine, the energy and food crisis and the tension between the United States and China and the political changes in Latin America. Regarding this last issue, for the first time in history, the five main Latin American economies are governed by progressive parties or leaders: Gustavo Petro in Colombia, Andrés Manuel López Obrador in Mexico, Alberto Fernández in Argentina, Gabriel Boric in Chile and Lula. Da Silva in Brazil.

This has favored a return to understanding between countries such as Argentina and Brazil, which recently announced their intention to strengthen regional trade ties by creating a common Latin American currency.

‘Sur’, the Latin American currency. In a joint document issued by the Casa Rosada last Sunday, January 22, the Argentine and Brazilian governments announced their intention to work together for the establishment of “a common South American currency that can be used for both financial and commercial flows” and that allows to reduce the costs of operations, as well as the “external vulnerability” of the region.

The currency, which would receive the name of ‘South’, would be the currency of a hypothetical Latin American monetary union that, if produced, would account for 5% of world GDP, that is, the second largest economic bloc in the world after the European one.

Study period. For now, as the Argentine Minister of Economy Sergio Massa said in statements to the Financial Times, the process will begin to evaluate the necessary parameters at the fiscal level, as well as the role of central banks. Of course, Massa assured that it is the “first step in a long road that Latin America must travel.”

Read:  Looking for style in your home? RE/MAX helps you find your dream home

Promote trade. For his part, the Brazilian finance minister, Fernando Haddad, affirmed that the creation of this common currency would favor trade by not depending on a foreign currency, according to El Chancellor. In addition, Haddad confirmed that “Sur” would be used for financial and commercial transactions, so it would not mean the end of the Brazilian national currency, the real, a concern that had spread throughout the country.

virtual currency. This currency, therefore, would not replace national currencies, and would probably be created in a virtual format, according to the BBC. This would be a great push for the creation of virtual currencies, an issue that is already being addressed by central banks such as the ECB and the US Federal Reserve.

it is not a new idea. On the other hand, it is not the first time that a Latin American monetary union has been proposed. In 2009, for example, the Unitary System of Regional Compensation (‘Sucre’) was promoted to use it in commercial transactions carried out between the countries of the Bolivarian Alliance for the Peoples of Our America. Later, in 2019, the Central Bank of Brazil rejected any monetary union project with Argentina.

Patience. During her speech delivered at the meeting with Alberto Fernández, Lula Da Silva assured that the creation of a common currency was a matter of time and that “it must happen.” In this sense, Sergio Massa, Argentine Minister of Economy, gave an example of the monetary union process in Europe, indicating, in statements to the Financial Times, that it took 35 years to complete.