What advantages do hybrid cars have? 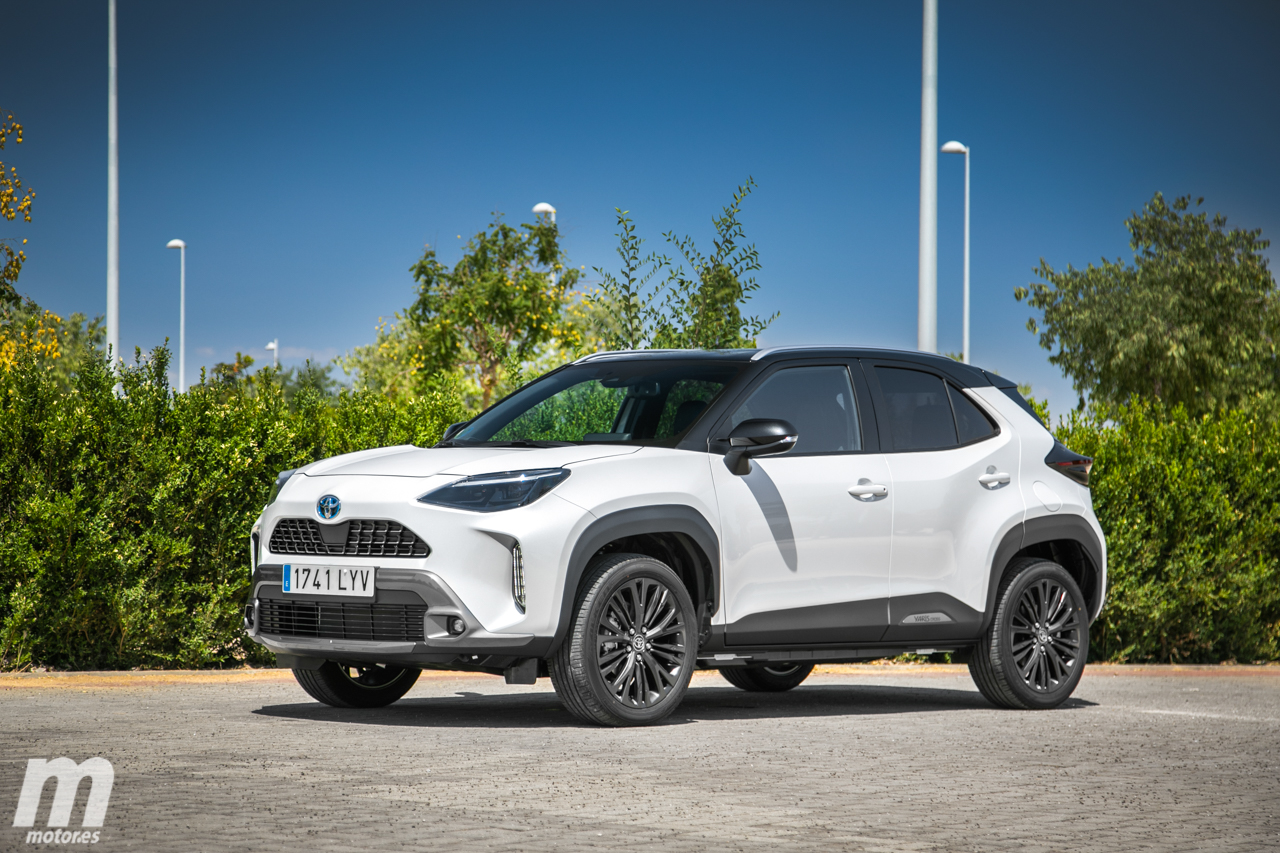 Do you have any questions about the operation or the advantages of some hybrids over others? Here we clarify the doubts that we can all have about the new terminologies of hybrid mechanics: mild-hybrid, HEV or PHEV. All of them have an ace up their sleeve that will convince one or another type of driver; however, they all carry efficiency and fuel economy as the main note.

Much has been said in recent years about hybrid cars. We must not deceive ourselves they are the most immediate future in terms of an intermediate step towards electrification, of that there is no doubt. brands like Toyota have addressed this type of mechanics for quite some time; like its sister brand, Lexus, which offers an alternative of this type in almost all its models. We have even seen brands such as Porsche that have already entered this market, moving away from the cliché of “hybrids are boring” offering vehicles as sporty as ever, although with an efficient touch that we cannot miss.

This type of vehicle will gradually reach practically all the brands that we know. some like Audi, BMW or Mercedes have already incorporated models with some technology of this type, since in self-rechargeable hybrid (HEV) or plug-in (PHEV) engines they provide the car with a few kilometers of 100% electric displacement, thus reducing its fuel consumption and polluting agents. This them guarantees the ECO or ZERO label from the DGT.

These engines are characterized by having batteries of greater or lesser size depending on their type of hybridization, together with an electric motor that works together with the classic thermal engine. When the electrical block comes into operation, it stops the mechanic, or offers him a support to generate a minimum effortand thus reduce fuel consumption.

There are three main types of vehicles equipped with a hybrid. We first find the mild-hybrid, semi-hybrids or light hybrids, their references are practically inexhaustible. Going up a step you find the self-charging hybrids (HEV) And finally, there are the plug-in hybrids (PHEVs). If you are thinking of acquiring any of them, now or in the near future, but you do not know very well what differentiates one from the other and what its advantages are, here we will review all of them.

These models were born with the perspective of punctually reduce the fuel consumption of a vehicle. Equipped with a 48-volt battery, the system will show its best side at specific times when it can even dispense with the force or power of the heat engine to continue driving on its own. A clear example of this would be in the realization of the so-called “sail mode” when driving at a continuous speed on any road, at the moment of releasing the accelerator, this system will help us maintain speed by momentarily disconnecting the combustion engine, of course, maintaining full functionality on the brakes or steering.

Many cars, like the Mazda3, have chosen to mount a small battery that improves the efficiency of its mechanics

On some other models too helps to carry out the start of the march of a vehicle. At a time when the thermal engine makes a high effort, the battery will provide a small amount of support, reducing the consumption generated, as well as the emissions of harmful gas. Although, as I said, it lends a hand to the more traditional mechanics, since it does not have the strength or the ability to move the car on its own.

this battery It is self-rechargeable through regenerative braking.. At the moment when this system comes into play, it will be practically imperceptible to the driver, only noticing its action in the smoothness of starting the vehicle or, directly, on the consumption figures obtained, where we will see a clear decrease in specific routes. One of its greatest advantages is that its driving is typical of a car with traditional mechanics, adding the plus improved efficiency and consumption.

The main difference between this system mild-hybrid and a conventional hybrid (HEV), is just what we have mentioned before: its inability to be able to move the vehicle in a fully electric way and serve as a mere assistance to the thermal engine. In addition to this, it is much simpler technically, much lighter in weight and noticeably more affordable at the time of its acquisition. Although like the more conventional hybrids, this It will also entail the granting of the long-awaited ECO label of the DGT.

Read:  The electric cars that SEAT will manufacture in Spain for CUPRA, Skoda and Volkswagen

The next step is the conventional hybrids, the self-recharging ones, what most people associate when they hear that “hybrid car”. These, as we have mentioned in the previous section, their natural difference with the mild-hybridreside in its displacement capacity in 100% electric mode. Although its autonomy is not outstanding, in moments of slow circulation, as in the one we usually develop on urban roads, will be your best assetsince, as long as we have fully charged batteries, we can move around without spending a single drop of gasoline and without emitting a single gram of CO2 into the atmosphere.

propulsion system It has a thermal engine, either gasoline or diesel, and an electric motor powered by a self-rechargeable battery system. through the movement of the vehicle itself. With the movement of the vehicle itself, when braking, when the engine brake is used or with its own inertia, it will be the way in which the regenerative system will charge the vehicle’s batteries. Although his conduct is not far from one of thermal mechanics, the truth is that it is convenient to adapt driving to your system. In this way, it will guarantee its electrical aspect and take advantage of every kilometer to charge the car’s batteries.

For many people, one of its great advantages is its tranquility in normal driving, as well as its complete silence when starting the march in purely electric mode. We have already explained how to carry out efficient driving with hybrid mechanics, we also specified that its handling must be soft and contentmainly to extend the durability of the battery charge, as well as its rapid regeneration.

Its greatest benefit compared to semi-hybrids, as we have mentioned before, is its ability to drive at zero cost, since in the event of driving solely on electricity, it does not consume fuel. With respect to PHEVs, it is its independence of recharging, without depending on a plug with which to have an electric displacementalthough, on the contrary, they have a much lower “zero emissions” autonomy.

its price in the market It is cheaper than that of a plug-in, but it is higher than a combustion car or a semi-hybrid. However, if your circulation is generally based on urban use, a hybrid of this type is ideal. In addition to this, the DGT will grant your vehicle the ECO label with which to be able to circulate freely in large cities without having to worry about traffic-restricted areas.

On the crest of the wave, and as previous step to the completely electric vehicles, are the plug-in hybrids (PHEV). These cars provide the driver with improved autonomy compared to HEVs, and generally they will give us the possibility of circulating with them in 100% electric mode between 40 and 60 kilometers on average, a figure that can be increased if we drive smoothly and efficiently. These models open the door to the DGT’s ZERO label.

Its acquisition cost is the highest of the three, but we must take into account the fuel savings that we will have. Let’s exemplify this: let’s imagine someone whose only daily commute is the route to the office or to make the purchase within a city such as Madrid. Once you stop the vehicle at the office or at home, you plug it into a power outlet, guaranteeing a charge for all your journeys. That person will probably not use the heat engine, achieving systematic fuel savings. The advantages of this type of vehicle are great.

Its combustion engine, unlike what happens in HEVs or mild-hybrids, is a support for electric driving provided by electrified mechanics, starting up if necessary due to lack of power or load in the battery system. Is, in addition to recharging through a power plug, it will also be carried out in the same way as in HEVsin a self-sufficient way when we circulate, so by driving very aware of saving and regenerating energy we will obtain a most efficient vehicle.

In case of making a trip through expressways or highways, the system will be able to maintain hybrid driving, that is, the electrical mechanics will support the thermal one, thus minimizing displacement costs and granting high autonomies.