Bullfrag
Home Entertainment We will see how the stories of What if …? at... 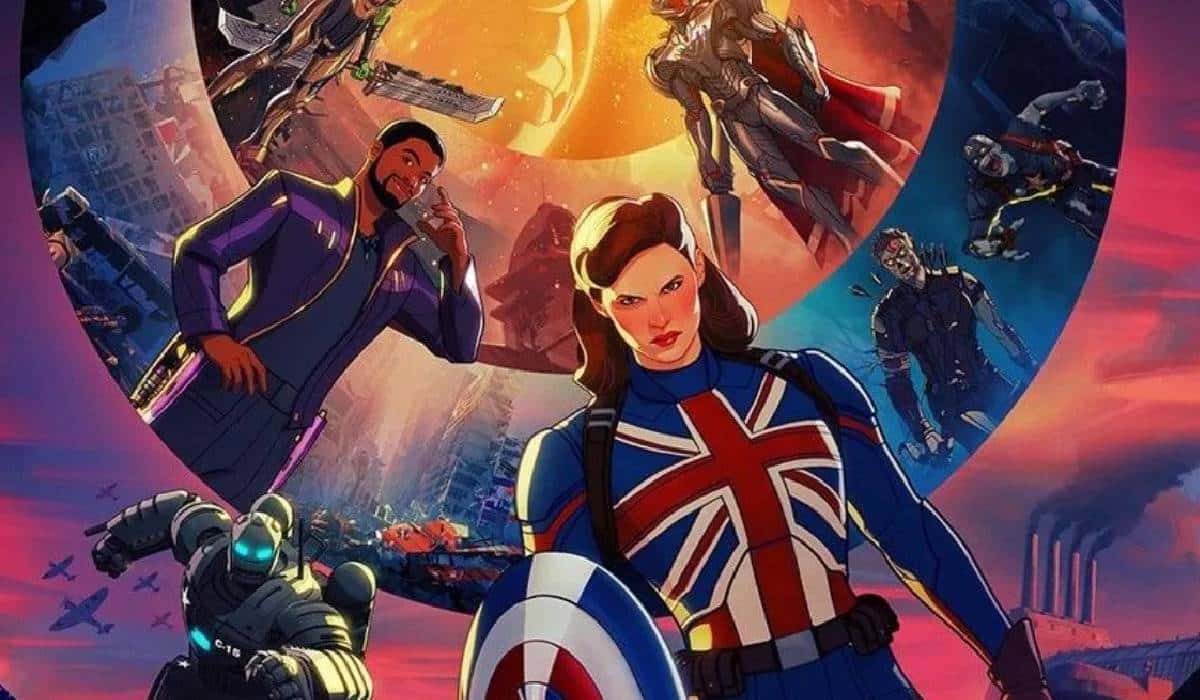 Facebook
Twitter
Pinterest
WhatsApp
Index hide
1 The Marvel Studios animated series What if…? It is being incredible but each released chapter is not self-conclusive, that seems to be resolved at the end of the season
1.1 Why will we see the end of the stories that we have started in What if…?
1.2 You can see the preview below:

The Marvel Studios animated series What if…? It is being incredible but each released chapter is not self-conclusive, that seems to be resolved at the end of the season

What if…? lhe series that explores the various ramifications of the multiverse opened at the end of the Loki season with Vigilante Uatu as a guide is being brutal, each chapter seems better than the previous one, but something that fans miss is that they were self-conclusive stories, all of them remain with the open ending which leaves the followers wanting to know how the story we see each week would end, but the following week they present us with a new variant of What would happen if…?

This week the sixth chapter was released. What if… Kilmonger rescued Tony Stark? with what arrived at the equator of the first season (it has already been confirmed that there will be a second season) Disney + and Marvel Studios have released a preview that shows some images of the chapters already released and some of them are still unpublished, however the latter draw attention because they give the impression that they are the continuations of some of them. (Attention spoilers).

Why will we see the end of the stories that we have started in What if…?

For example, in this week’s chapter What If… Kilmonger rescued Tony Stark?, we see the Black Panther villain hatching an even more complex plan than we saw in the King of Wakanda solo movie. First he rescues Tony Stark from the clutches of the ten rings, thus preventing him from becoming Iron Man, when Stark returns home he names Erik Killmonger his head of security, he reveals to the media Obadiah Stane’s plans for have planned the kidnapping of Stark and his conversations with the ten rings. Gaining Stark’s trust, Killmonger convinces him to create combat drones, much like the ones Hammer introduced in Iron man 2, but with the technology of Stark and Vibranium as the energy system, but this material is not very abundant.

To get the Vibranium they need to build the drones, we went to a stage that we visited in Avengers: Age of Ultron, Ulysses Klaw’s barracks on the African coast, Rodhes and Killmonger go to negotiate with Klaw for the metal of Wakanda, but are attacked by T’Challa, who has arrived to recover the stolen Vibranium, but this is killed like Rhodes by Killmonger who doesn’t want anyone to get in the way of his dark plans.

READ:  Peacemaker presents his team in a new image of the series

Tony at this point realizes that he has been being manipulated by Eric, but he cannot stop him being killed by him with a Dora Milaje spear, making the United States government and more specifically Thasdeus Ross believe that he has been a revenge of the Wakandians for the death of T’Challa. The next thing we see is how they manufacture an army of Drones to attack Wakanda and Killmonger by delivering the lifeless body of Ulysses as we saw in the Black Panther movie, to introduce themselves to his uncle and warn him of the imminent attack on the country by the America, all within plans to gain T’Chaka’s trust. At the end of the chapter we see how Pepper is in Tony’s office in Stark Industries with Shuri who reveals to him that she has discovered Killmonger’s deception.

Well after this, the new preview shows a scene in which we can see Pepper with Shuri and some Dora Milaje on the way to a battle, another of the scenes that we can see is the reappearance of Doctor Strange Supreme with Thor, for what it seems that somehow he will have freed himself and will have to redeem himself from his sins to save reality, another of the scenes continues where we left off at the end of What if … T’Challa were Star Lord? with Ego meeting his son Peter Quill at a restaurant on earth to carry out his expansion plans.

So yes, it seems that the fans will be able to see how the stories that have left us half ended in this first season of What if…? it will be necessary to see if they finish them all or if some will continue them in the second season.

You can see the preview below:

Remember that you can enjoy this series and many other exclusive content from Marvel studios with your subscription to Disney + for only € 8.99 per month. What do you think of the series?