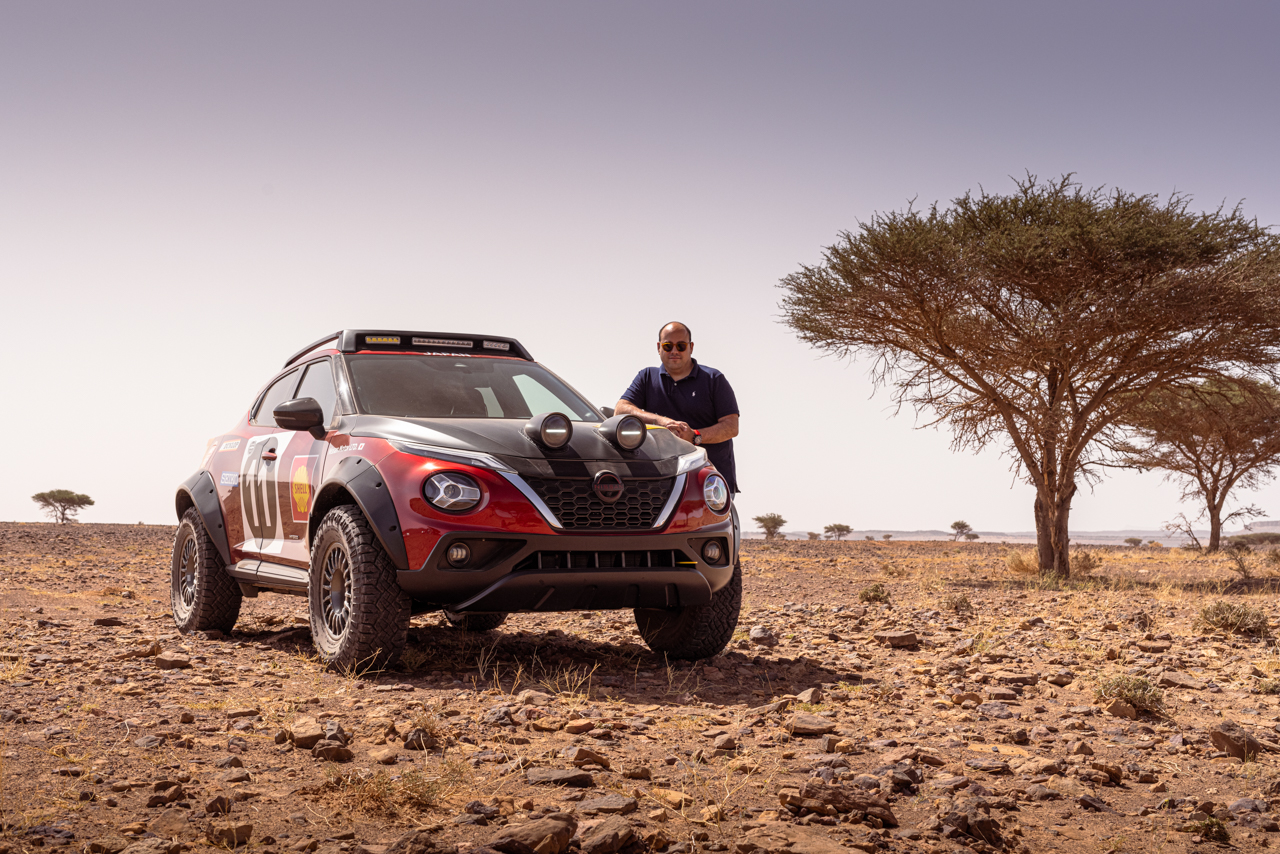 A feat must be performed more than once. It has been 50 years since Nissan conquered the Safari Rally with a Fairlady that broke the mold. To honor these victories, the Nissan Juke Hybrid Tribute has been created. A special car for a special moment.

As they say, history is told by the victors. Nissan is privileged to have a lot to tell. Throughout history, Yokohama models have recorded some of the most illustrious victories in the most illustrious races in the world. The now defunct African Safari rally was considered the toughest test of all on the world championship calendar. A worthy epic for the most adventurous. In the early 1970s a Japanese sports car, a Datsun 240 Z had the holy audacity to win three times. A feat that turns 50 and should be celebrated in style.

Today, the World Rally Championship is held in places like Sweden, Monte Carlo or Barcelona. Tests where the fight against the clock is measured in tenths of a second. Between the years 1953 and 2001, the African test disputed by Kenyan lands was marked in red on the team calendars. The toughest test of the World Cup, which has registered such important and well-known winners as Hannu Mikkola, Juha Kankkunen, Colin McRae, Tommi Makinen or our beloved Carlos Sainz.

While each rally is known for its surface or its characteristic settings, the african rally combined all the specialties in a brutal test under the scorching african sun. Dirt, dunes, fast tracks, broken tracks, mud… A winning car had to combine all the characteristics of all those scenarios. When Nissan showed up in the early ’70s with a small sports coupe, few believed it could win the test, and they not only won, they repeated.

The Datsun 240 Z, the beloved Fairlady, has gone down in history for breaking the mold. With some tremendous modifications, the small Japanese sports car was able to cope with the most extreme conditions that a machine can face. Its indefatigable little 2.4-litre engine proved that reliability must come before speed in a land as harsh as Africa. A racing legend who has earned his way into the history books in his own right.

The 240 Z is unrepeatable. Today it is inconceivable to create such a thing. Starting in the 1980s, the Safari Rally gained speed with the appearance of models such as the Audi Quattro, the Toyota Célica or the Lancia Integrale.. Those machines that came from deep space left models like the Nissan Violet outdated, which, taking over from the 240 Z, was able to win the test during the editions of 79, 80, 81 and 82, the last years in which Nissan climbed to the top. top of the drawer.

The pandemic has prevented Nissan from celebrating onomastics properly, but it doesn’t matter. Year up, year down, the Fairlady deserves to be honored like the great rock bands. As a tribute, the Nissan Juke Hybrid Rally Tribute was born. Today there are no Z left in the Nissan range, at least in Europe, but just like the 240 Z broke ground, the Nissan Juke has also done it in its own way. Since its launch, the small B-SUV has pioneered one of the most powerful markets today. A second-generation utility that shows that with a few tweaks you can do wonders.

50 years pass faster than one can imagine. In the last 10 years the motor world seems to have evolved faster than in all the previous decades. The expansion of new technologies has meant that today we are facing the fastest, most technological and safest cars of all that have ever existed. Electrification is the new path, an undeniable path, that must be taken. Electrified cars are our daily bread, and that technology is that Nissan has used to pay tribute to one of its most special racing cars.

Taking as a starting point a Nissan Juke Hybrid, which by the way has not yet reached the market, the development team at the Nissan center in Barcelona has modified a good handful of parts to create the Fairlady effect of the 70s. With a gain of 15 centimeters in height and 20 centimeters in width, the imposing presence of the Juke Hybrid Tribute is undeniable.. Its widened fiberglass wheel arches, the roof rack with integrated LEDs, the two spotlights protruding from the hood, the competition tires and the impressive adaptation of the tailgate could not be more attractive.

An idyllic city SUV turned into a wild explorer of Africa. Although without going through the wild and unpredictable lands of Kenya, Morocco and its arid Sahara desert have been the scene of a very special test. I repeat that the modifications have been more aesthetic than technical, because in its essence, the Juke Hybrid consists of the same mechanics that we will see on the street at the time. The main block is a four-cylinder naturally aspirated four-cylinder engine with 1,598 cubic centimeters.

To it is added a front electric motor capable of driving the vehicle on its own with a power of 49 horsepower, and another additional motor that does not move the wheels but does act as a current generator to feed a rear lithium-ion battery with 0 .85 kWh of net capacity. In total we are talking about a more than worthy performance of 143 horses that send all their strength to the front axle through the management of an automatic transmission.. A much more advanced mechanics, but just as humble, to that of the original 240 Z with its 210 horses.

To complete the evocative essence and transport you to that world of competition, the developers of the creature have seen fit to water the viewer with a spectacular and pure sound. An unadulterated exhaust line from the block outlet to the rear. Four cylinders that leave behind any homologation to put the icing on a unique cake. As interesting as it is attractive, as special as it is unique. The Nissan Juke Hybrid Rally Tribute is a worthy heir to its lineage.

Traveling just a few hundred kilometers through the rugged terrain of the gateway to the Sahara, it is enough to get an idea of ​​how hard and difficult it had to be to travel through similar lands in the 1970s. Looking at the impressive dunes of Erg Chebbi, one cannot understand the success and toughness of a rally that this year will return to the African continent between June 23 and 26.. Nissan no longer participates, but it is well earned to be considered one of the main brands that forged the legend of the toughest rally in the world.