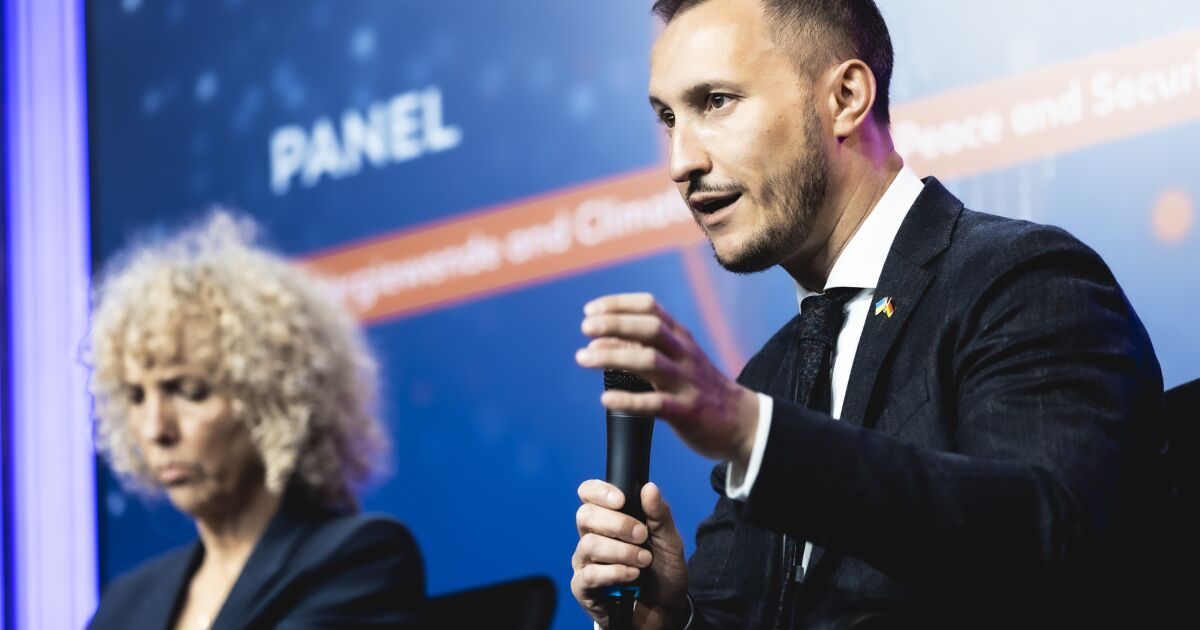 That panic that Demchenkov speaks of has left an exponential increase in the price of fuel as a first balance. The nervousness about a possible stop in the flow of gas from Russia still continues and has caused the price of the main energy sources to rise exponentially with great effects on the world economy.

Canada, the United States and England announced for weeks the end of Russian energy purchases, but the old continent cannot do the same. Demchenkov knows this, but says that governments must show Russia “really active positions.” The deputy minister has asked Europe to end imports of liquefied natural gas, which, he says, only represents 9% of the continent’s total consumption. European governments have already begun negotiations to buy this fuel from nations such as the United States, but have not announced any halt to purchases from Russia. “That would send a powerful signal to the Russians and to the markets and we would have a very significant ethical effect on society”, he has mentioned. “We are waiting for our European partners to stop using Russian fuels.”

“We see messages everywhere that it is difficult for us not to use Russian energy, but we see many opportunities,” Demchenkov said. The deputy minister has proposed to increase the storage capacity of gas and oil in Ukraine, so that the country becomes one of the main supply points on the continent.

Europe has already set an agenda, but they have been realistic and have opted to gradually reduce imports from Russia, but with an eye toward their total eradication in 2030, the same year in which they would have to achieve neutrality in their emissions. The continent, which has positioned itself as the greatest promoter of legislation to stop climate change, chose natural gas as a transition fuel – like many other economies, including Mexico’s – and now that decision is proving costly. Many countries have decided to shut down their coal and nuclear power plants. Using them again could imply a political and economic cost, which few governments are willing to bear.

The speech of the Russian deputy minister has gone to the jugular of the Russian government, whom he has accused of paying politicians and lobbyists to implant a sense of fear among the European community. “(Russia wants to make believe) that the green transition is a dead end and that now they must increase their level of fossil fuels and especially Russian gas”, he has mentioned. The tone of voice when talking about Europe’s actions has been a little more subdued, but without failing to repeat on several occasions that the lack of tougher actions and sanctions against the Russian government has left incalculable balances among the population that was once part of the Soviet Union. “Every hour costs our country a fortune, not just because of the infrastructure. Every hour Putin is killing our civilians and our people. You see thousands of refugees in your country, thousands more could be here if they don’t stop Putin.”

Read:  What's going on with the Golden Globes and the possible boycott?

The Ukrainian official, one of the youngest in the cabinet of President Volodymyr Zelensky, has also called for preventing Russia from building new nuclear energy infrastructure outside its territory and limiting the country’s influence in international organizations such as the International Atomic Energy Agency. . Russia is not the main producer of nuclear energy, but through its state corporation rosetom It is positioned as the main exporter of this type of energy. From 2011 to 2022, Russia has built 13 new nuclear power plants10 of them are outside its borders.

Demchenkov has also put two controversial proposals on the table: increasing the use of nuclear energy, something that has also been proposed by the International Energy Agency –and that some governments, such as France, have already opted for– and prioritize the energy independence of nations, even above the decarbonization goals.

Russia has not said that it will cut off gas shipments, but it has already limited the market for the fuel and has made it known that it will not provide Europe with any amount above the amounts already agreed. This is not a loss for Russia, since the prices of the molecule continue to rise. On the European side, countries face the challenge of storing as much gas as possible before next winter and implementing measures to limit consumption among their citizens. But aside from that, there are no signs of more severe sanctions on the Russian economy, despite the speech of solidarity towards Ukraine.

The Russian invasion of Ukraine has brought attention back to something that at times seems to be lost sight of: Europe allowed itself to be dependent on Russian oil and gas, including electricity generated via nuclear sources. European rulers as a whole have said they have begun a course correction, but the road will be long and the strategy still unclear.

“We have to be ready to live without Russian energy,” Demchenkov said.