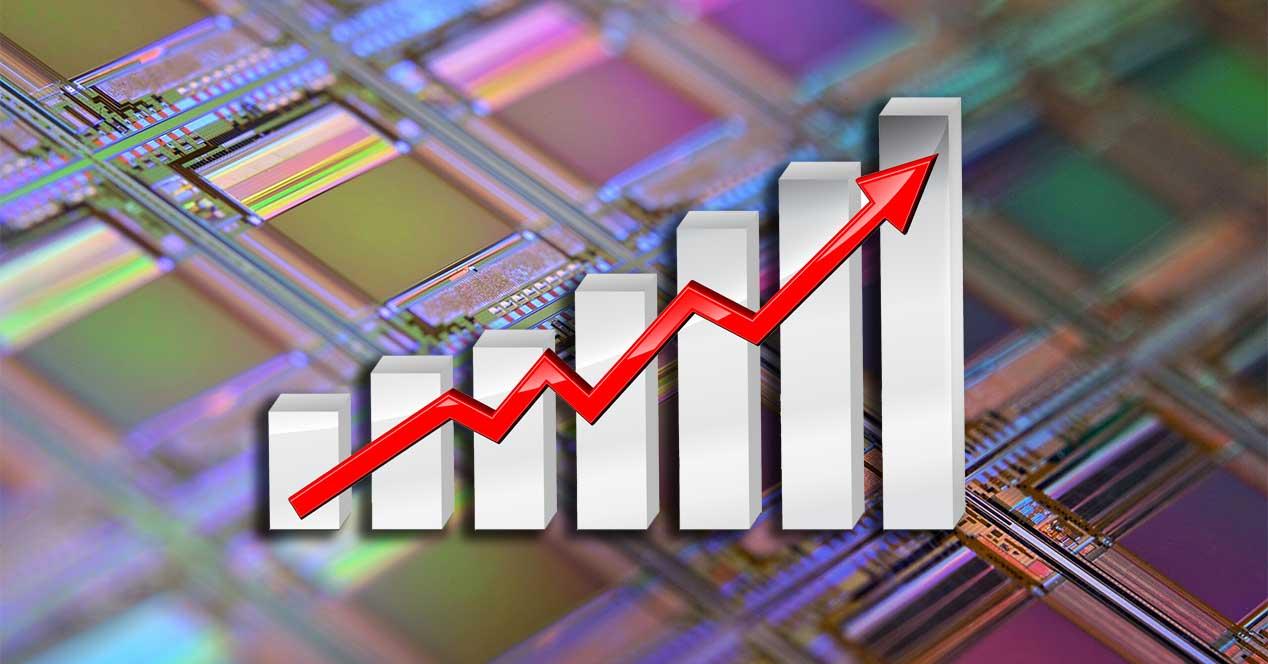 The chip manufacturers they have all the capacity contracted for the coming years. In principle, according to companies like AMD, by the end of 2022 the supply of chips should begin to normalize, being able to buy products such as consoles or graphics without having to resort to scalpers or replacements of stock They run out in 3 minutes. However, what is clear is that those chips are going to be more expensive.

There are currently few chip manufacturers capable of manufacturing the most advanced on the market. Among those few we find Samsung and TSMC. In the case of Samsung, the manufacturer now has the smallest chips on the market, where the Snapdragon 8 Gen 1 has been the first to use a 4nm node. TSMC, meanwhile, has some of the world’s best-selling customers, launching its first 4nm chips this year.

As there are so few manufacturers and being the demand so inelastic, chipmakers can afford to raise prices without experiencing demand problems. This is what TSMC has done, which has apparently increased between a 10 and 20% the chip price in the most mature manufacturing nodes and in the most advanced ones.

The reasons for this price increase are several, among which we find the chip shortage, rise in shipping and transportation costs, and the increase in the price of raw materials. The rise will impact all of the company’s customers, including AMD, Intel, NVIDIA and Apple.

In the case of AMD, the company buys TSMC architecture chips from 5 and 7nm. Therefore, its processors and graphics cards that are currently on the market will rise in price, and the Ryzen 7000 they will also be more expensive.

As for NVIDIA, the company reportedly turned to TSMC for its next graphics cards. 5 nanometers, so the RTX 4000 that will come out this year will also be more expensive than its predecessors. This is something to be expected, seeing not only the increase in demand for graphics cards, but also that, with each generation, NVIDIA has taken the opportunity to raise prices.

Intel is also going to turn to TSMC to manufacture its cards arc charts, which will use a size of 6 nanometers.

Apple would also have accepted the price increase, for a company that now depends entirely on TSMC for all its product ranges: mobile phones, tablets and computers. The company has already finalized the design of the next 4-nanometer A16, and it will start mass production in the second half of the year. By 2022, Apple would have contracted between 120,000 and 150,000 wafers from TSMC.

TSMC is going to invest more than ever in 2022

By TSMC, the company will invest $44 billion in 2022 to meet the increase in demand, further increasing the investment of 30.4 billion in 2021. With it, they will invest in expanding the manufacturing capacity of the chips, as well as advancing on the path towards 3 nanometers.

the popular Superman manga is about to come to an end

eBay enters the NFT market with its first collection