We already have one of the craziest collaborations of 2022: Attack on Titan lands in Call of Duty: Vanguard and Warzone

By CooperJanuary 12, 2022No Comments3 Mins Read 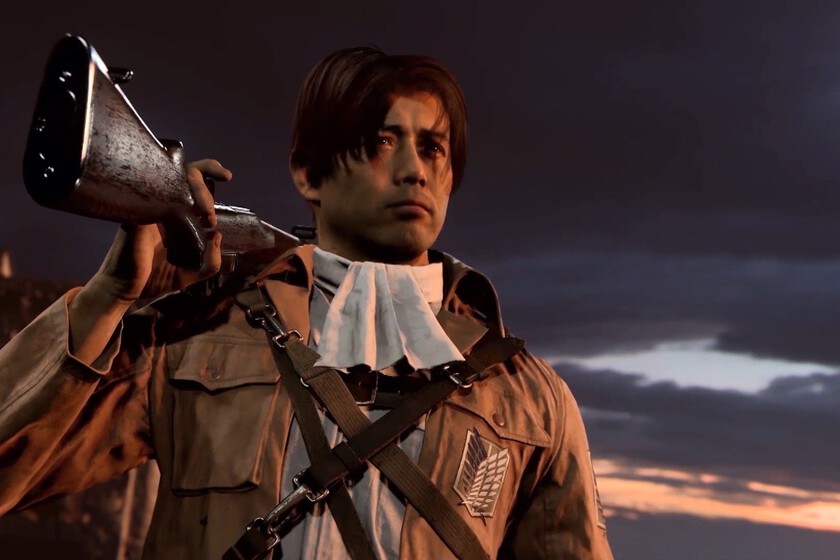 What Activision has gotten us used to with each new Call of Duty: Vanguard and Warzone update is that war is all about stats. On a regular basis, the company adds new weapons, with plenty of arguments for us to incorporate them into the arsenal, as well as operators with which to sow terror in the games.

However, this update we did not see it coming. Attack the titans, one of the most resounding successes in recent years within the manganime, reaches both titles with a lot of content. Available from January 20, this batch will allow us dress up as the team of the mythical Exploration Corps.

This patch is divided into two parts, with news that is not related to the series. The first update for Vanguard can be downloaded from today, January 12, while for Warzone we have to wait until January 13. This way, you will both be ready for the first full day of the Season One Mid-Update on January 13 at 18:00 CET.

Regarding Attack on Titan, the Tracer Pack: Levi’s Edition contains 10 items, like the Titan Piercer. A weapon that is very similar to the blade used in the series to annihilate these beings and that in Call of Duty is used to dismember squads. On the other hand, it includes the legend finish Steel Cut and the featured introduction Three-Dimensional Maneuvers, which is exclusive to Vanguard.

The Featured MVP Super Hardened Steel will also be available in this pack. Regarding weapons, we can get the legendary submachine gun History and the assault rifle Ymir’s curse. The first one offers greater speed and rate of fire, perfect for shooting from the hip. In the case of the second, it is a candy for snipers, allowing the introduction of nine accessories.

Read:  WWE 2K22 Review: He came back with everything to break chairs on the backs of his followers

Of course, the most eye-catching look with the Scout Corps clothes are included, inspired by the ones the man wears. Captain Levi Ackerman. Other accessories such as the Keeper of Secrets charm or the Wings of Freedom emblem can be unlocked.


More news for the future

Beyond the extravagances of this collaboration, a new operator, Isabella Rosario Dulnuan Reyes, happens to join before the end of Season one. Will act like the Last member of Task Force Trident 006 and is specialized in hand-to-hand combat. We can unlock her by purchasing her Wild Rose bundle, which also includes two legendary weapon projects.

The Welgun submachine gun is another novelty, as it is Isabella’s favorite weapon. Automatic, heavy and specialized for close and medium-range firefights, as it can kill enemies with just four shots or even three if we hit vital areas. Will be available in both Warzone and Vanguard. To unlock it, it will be necessary to complete a challenge or through a weapon project.

Finally, Activision summons us to future announcements regarding zombie mode by Treyarch, as well as an enduring commitment from all responsible studios that the works have content on a regular basis. Meanwhile, Raven Software continues on strike and has no response from the management regarding their demands.