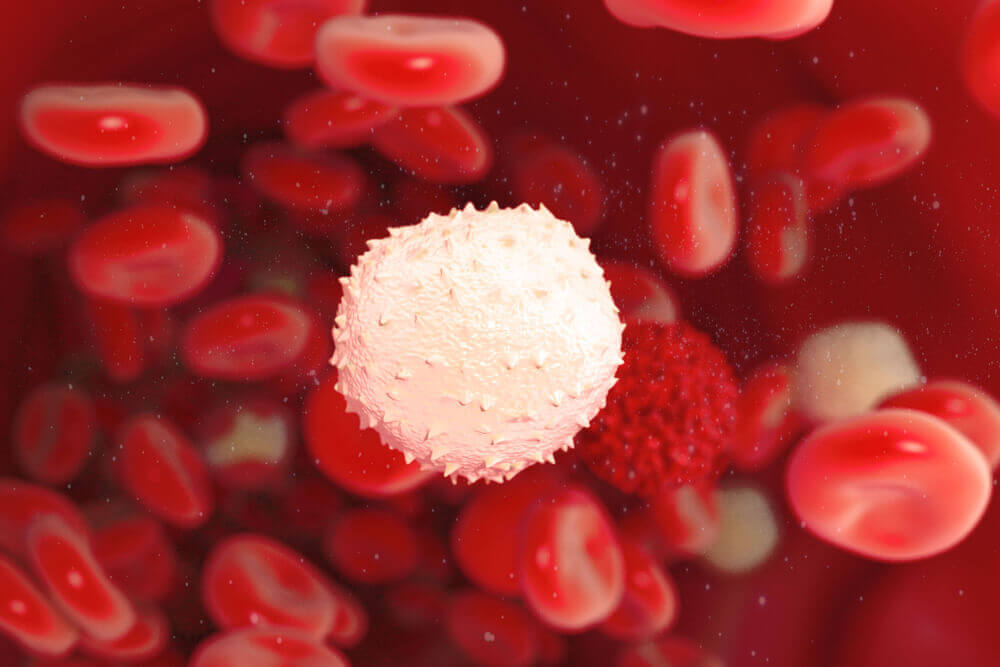 Waldenström macroglobulinemia manifests primarily as fatigue secondary to chronic anemia, bleeding through the nose and gums, and enlargement of the liver and spleen.

Waldenström macroglobulinemia is a cancer of the cells of the blood system. It is characterized by the proliferation of B lymphocytes (cells that are part of the white blood cells and are responsible for antibodies) with excessive production of immunoglobulin or monoclonal M antibody (derived from a single type of cell) and infiltration into the bone marrow.

It is a rare and chronic disorder. It is estimated that his incidence it is 3 patients for every million people per year.

Its clinical manifestations are varied, and can range from nonspecific signs to those associated with changes in the blood due to the exaggerated production of antibodies. Fatigue, related to chronic anemia, is the most common symptom.

B lymphocytes are part of the white blood cells and are responsible for producing antibodies. Antibodies are proteins responsible for directly attacking external agents that invade the body and signal an alarm.

In the case of Waldenström macroglobulinemia, there is an exaggerated proliferation of B lymphocytes (plasma cells) that produce class M monoclonal antibodies.

To this day, still The specific cause of Waldenström’s macroglobulinemia is not known. It is considered a sporadic disease.

Waldenström macroglobulinemia is a rare disorder with chronic evolution. Its incidence is low, as mentioned above, but it is higher in whites.

Its development is more frequent between the sixth and seventh decade of life. The mean age of diagnosis is 65 years and it predominates in men over women.

Estimated survival for Waldenstrom’s macroglobulinemia is only 5 to 6 years.

The symptoms are varied, however, the most common are the following:

Read:  This month will start booster doses against Covid for older adults

As far as nonspecific signs are concerned, they range from fever without focus, weight loss greater than 10% and profuse night sweats, as well as general symptoms (poor condition, tiredness, anorexia).

Due to the exaggerated production of immunoglobulin M in the bone marrow, the blood thickens, so the flow is slower and there is a greater chance of obstruction. It is what is known as hyperviscosity syndrome.

Anemia also occurs because M antibodies adhere to red blood cells and cause them to break down.

In Waldenström macroglobulineia, the hyperviscosity syndrome causes symptoms such as the following:

The diagnosis of Waldenström macroglobulinemia is by detection of M antibodies in blood with a concentration greater than 3 grams per liter. In addition, the proliferation of plasma cells must be demonstrated in the bone marrow biopsy.

A supplemental immunofixation test is performed to verify that the M antibody is derived from a single cell type (monoclonal).

Initially, there may be hemoglobin levels of 10 grams per deciliter, representing mild anemia. This chronic form is well tolerated by patients.

The treatment will depend on the symptoms and the evolution

Waldenström’s macroglobulinemia tends to evolve very slowly, for many years, before requiring treatment. That is why in some patients (if they do not have symptoms or significant alterations) no approach is recommended.

In cases where the hyperviscosity syndrome of Waldenström macroglobulinemia is severe, plasmapheresis can be used. In this procedure, blood is drawn, processed in a machine that removes abnormal proteins, and then re-enters the body. In this way, the antibodies are removed and the viscosity is reduced.

Although there is little experience, some patients may benefit from bone marrow transplantation.

A pathology of difficult diagnosis

On suspicion of Waldenström macroglobulinemia a specialist doctor (hematologist) should be consulted for diagnosis. The initial manifestations are very nonspecific, so it is common for several types of cancer to be considered before the final verdict.

Although the estimated survival after diagnosis seems short, when there are no symptoms, the evolution can be several more years.