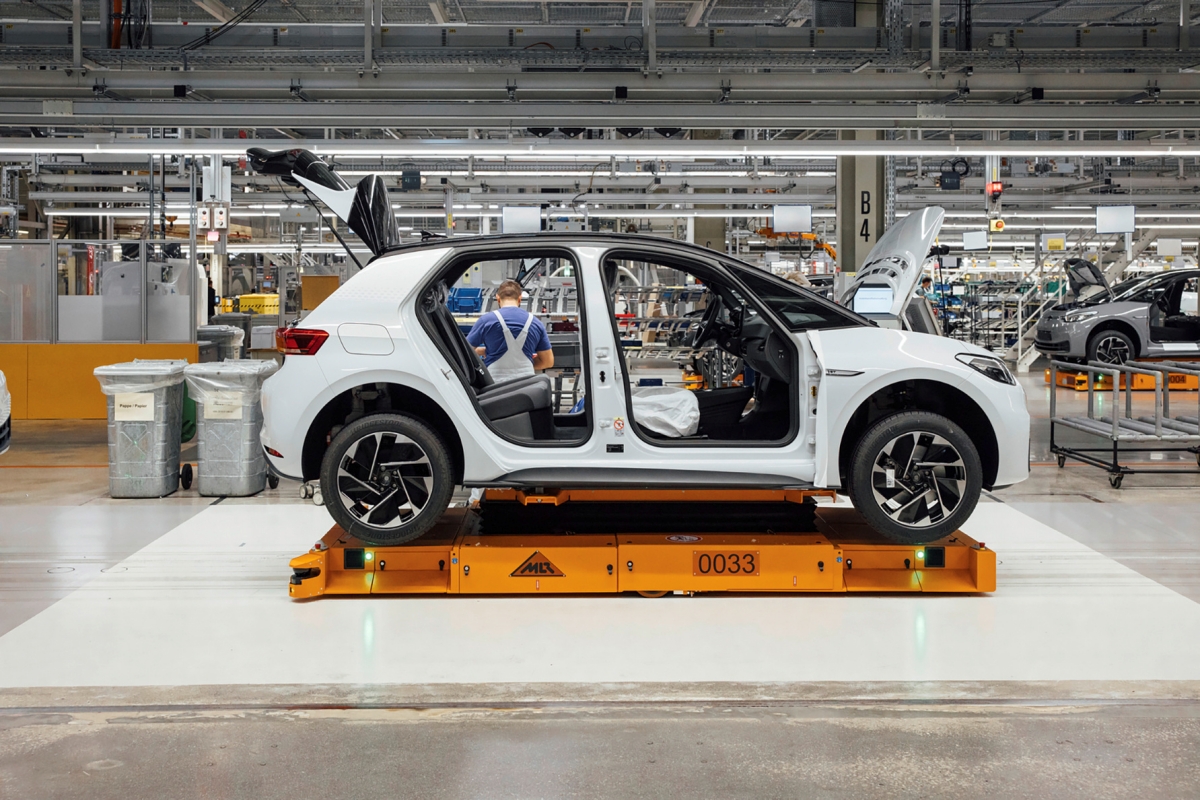 Volkswagen has set an ambitious goal for this year: to manufacture 800,000 electric cars in one year. With this, the German brand wants to reach the currently unbeatable production speed of the electric car market leader: Tesla.

Volkswagen is by far the brand that sells the most cars in Europe. And its automotive group, which includes firms as popular as Audi, SEAT or Škoda, is considered to be one of the most productive and successful in the world.

That is why it is not surprising that the Volkswagen Group wants to extend its dominance in European and world production to the electric car market. An increasingly strategic sector which, however, is dominated by an independent brand based in Austin, Texas, founded in 2003 and chaired by Elon Musk.

We talk about Tesla, a company that leads the sales of electric cars in Europe and that in 2021 sold almost twice as many electric cars as Volkswagen. Situation that the German company wants to change as quickly as possible.

Index hide
1 800,000 electric cars in 2022
2 Investment in line with objectives
2.1 Elon Musk announces news for Tesla at the opening of Giga Texas: a robotaxi and much more

The first step to unseating Tesla is increase production to 800,000 electric vehicles this same year. This has been confirmed by the head of Volkswagen sales, Hildegard Wortmann, in statements to Reuters.

This figure is related to Volkswagen’s goal of increasing the production of the electric models of the ID family so that they represent 50% of the total volume of the brand in 2030.

The problem is that Tesla’s numbers are not easy to match, as the CEO of the Volkswagen Group, Herbert Diess, has recognized. “It will be a close race, but we will not give up. I have to say that we did not expect our main American competitor to be so fast and so well prepared.”.

Read:  This is the hidden face of renewable energy and the electric car (and a solution is urgently needed)

Investment in line with objectives

There is no other: if Volkswagen wants to reach the production capacity of Tesla, it needs to make an investment that allows it to accelerate its pace.

With this in mind, the brand has already committed to investing $7.1 billion in electric vehicle production in North Americaenabling a production of 25 new models in this geographical area in 2030.

Elon Musk announces news for Tesla at the opening of Giga Texas: a robotaxi and much more

In addition, Volkswagen is already immersed in an investment plan of 18,000 million euros for the comprehensive transformation of its resources and facilities, as well as another 14,000 destined for the electrical offensive, 1,000 million for hybridization and 3,000 more for software development and digitization.

Within this framework of investment and expansion of the Volkswagen Group there is a budget of 7,000 million euros destined for Spain, including the construction of a battery gigafactory for electric cars in Sagunto, Valencia. In total, we are talking about an investment plan of €89 billionof which 34,000 million will be allocated directly to electrification.

Is it enough to overtake Tesla as the world’s leading electric car producer? Time will tell, but in the short term Volkswagen still has a long way to go to achieve this.

What can I do if the ends of my tape turn brown?