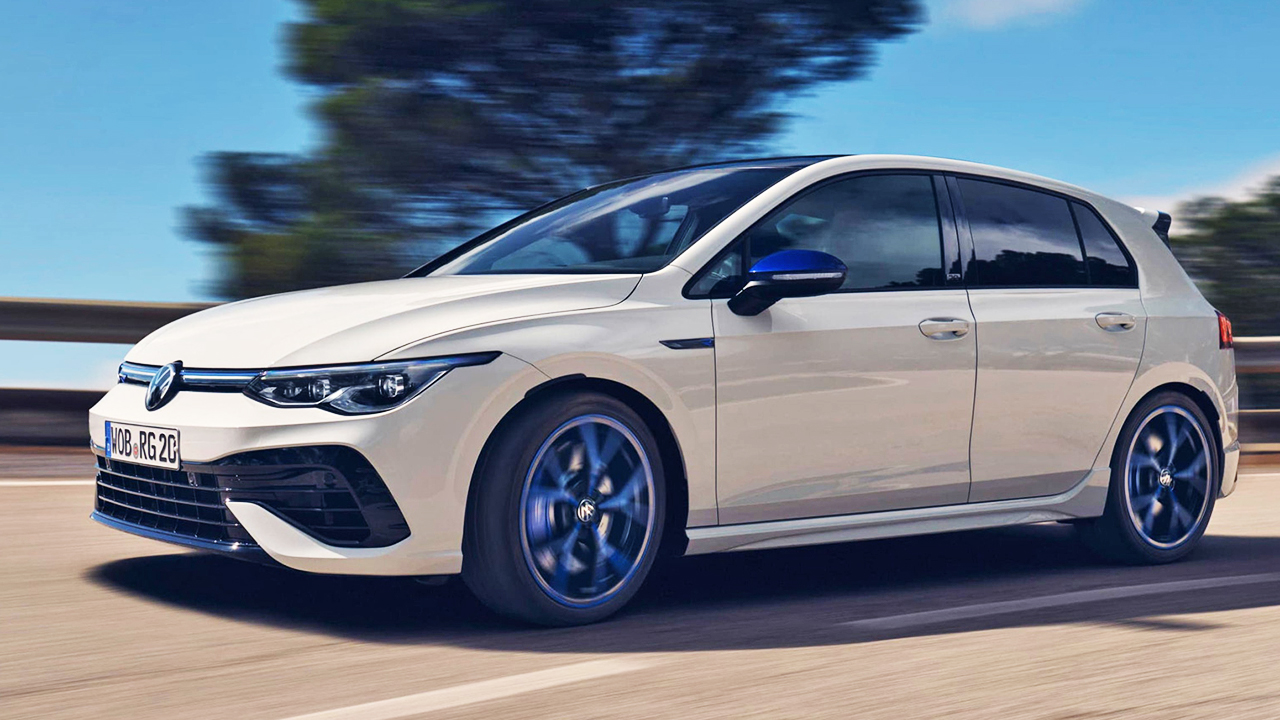 The new Volkswagen Golf R 20 Years has been presented in society. A limited edition full of novelties with which to celebrate the 20th anniversary of Volkswagen R in style. The Volkswagen sports division is celebrating and for this, there is nothing better than marketing the most powerful serial production Golf in history .

volkswagen has decided to celebrate in style 20th anniversary of its sports division. R is synonymous with high performance, exclusivity and radicalism in the German manufacturer’s range. To celebrate such an important commemoration, Volkswagen R
has decided to take as the protagonist one of the central pillars of its offer, the Golf. And more specifically the Volkswagen Golf R.

The 20th anniversary of Volkswagen’s sports division will be remembered for the debut of the most powerful series-production Golf ever created. The new Volkswagen Golf R 20 Years has been presented in society. A commemorative limited edition loaded with important novelties and, above all, with an engine that allows reaching a higher level of performance.

We are facing a quickly recognizable model. Logically, for the creation of the limited edition 20 years The Golf R has been taken as a starting point. The new Golf R 20 Years maintains all the characteristic features of the “standard” version. In addition, it incorporates differentiating design elements. The bodywork is available in two shades, Lapiz Blue and White.

The color chosen for the bodywork will influence the finish of the 19-inch alloy wheels. They will wear a glossy black finish if the bodywork is blue or, on the contrary, if we opt for a white exterior, they will adopt a blue hue. By the way, they are wrapped in Michelin Pilot tires. Other details to note are the exterior rear-view mirror housings, the badges with the number 20 and the new logo that is projected on the ground when the doors are opened.

Read:  The new Volkswagen Lamando is the compact coupe sedan you won't see in the West

As for the passenger compartment, if we go inside the new Golf R 20 Years we will find an atmosphere in which an even sportier atmosphere is breathed thanks to the new inserts and moldings.

Under the hood is one of the main keys to the 20 Years limited edition that debuts the Golf R. The German sports compact is powered by a 2.0-litre TSI four-cylinder petrol engine modified to reach 333 hp. We are facing an increase of 13 CV in relation to the model that we can currently find in dealerships.

The engine is associated with a seven-speed DSG dual-clutch automatic gearbox
and a system of 4Motion all-wheel drive. The brand has also made adjustments to the transmission in order to improve its performance. Especially when going uphill. Also, the turbocharger now runs at a constant speed at part throttle. This allows for a faster boot.

through the sports exhaust system signed by Akrapovic emanates the melody generated by the gasoline engine. And if that wasn’t enough, Volkswagen has developed a new feature called ‘Emotional Start’ that revs the engine up to 2,500 rpm at startup.

The marketing of the new Golf R 20 Years will take place in the European Union, the United Kingdom and Australia. At this time the price it will have in Spain is unknown, but we can advance, based on the information to which the specialized media has had access Coach, that production will be limited, but not to a certain volume of units. It will only be on sale for one year. The order book will open in select markets next June.