Volkswagen goes through the delivery market with an electric truck; Grupo Modelo buys the first five 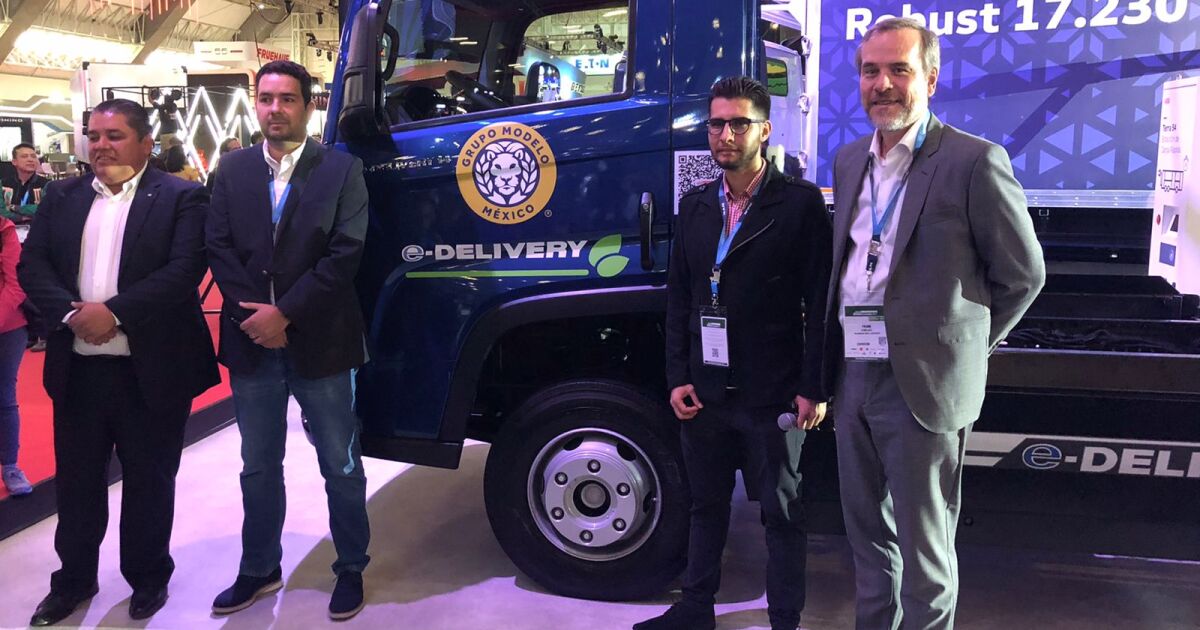 The first time that Volkswagen Trucks and Buses (VW) announced that it would bring its first electric vehicle it was in 2017within the framework of ExpoTransporte organized by the National Association of Bus, Truck and Truck Producers (Anpact) in Guadalajara, Jalisco.

After a “long journey of tests, of talks at our headquarters,” says Giovanni Juárez, VW’s director of sales, after-sales and marketing, The German manufacturer presented the model within the framework of the same event, but this time in its 2022 edition in the city of Puebla.

The company of German origin delivered the first five units to Grupo Modelo, which are destined for Monterrey, Nuevo León. Volkswagen will train one of its dealers in that city to maintain the units.

arrive with a 300KW electric motor, located at the rear of the vehicle, provides 408 horsepower and 2,150 Nm. Due to its physical-mechanical characteristics, it is capable of recovering up to 40% of the energy during braking.

For your introduction, the company carried out 12,000 test kilometers in Mexicowhich involved tours in cities, highways and mountains, taking into account the topographical particularities of the country.

Frank Gundlach, CEO of Volkswagen Trucks and Buses, tells in an interview with Expansion that the tests, which lasted months, were even carried out up to 4,000 meters high, near Toluca, to check the performance of the battery.

He adds that the firm begins marketing these five e-Delivery units, but for the coming year, plans to deliver more of these vehiclesdepending on the demand that arises in the market, so it does not yet have a sale perspective.