Volkswagen Arteon 2024, the need for a second “facelift” to stay alive 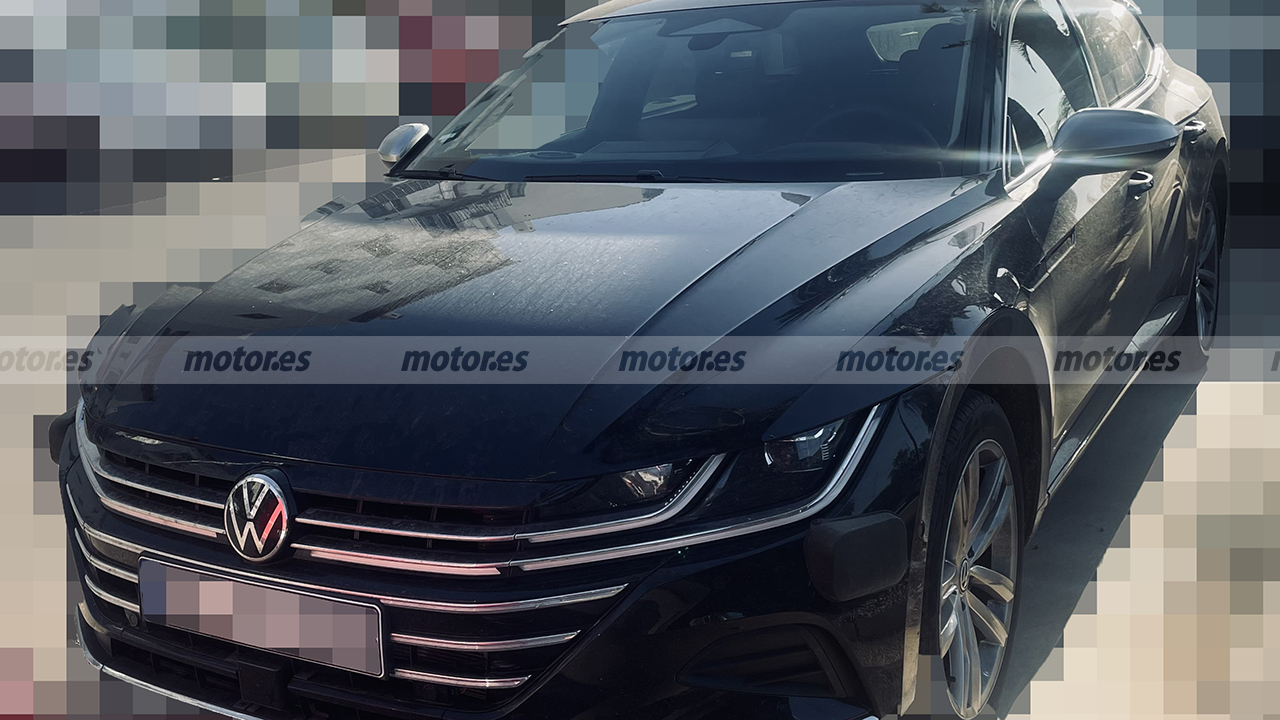 The Volkswagen Arteon will receive a second set-up. A last update that will allow the generation to face the rest of its commercial life. Development of a new facelift for the Arteon range has already started. These spy photos advance us the main keys of the novelties that Volkswagen will introduce.

Volkswagen has launched all its machinery with the aim of carrying out the development process of a very important renovation. The Volkswagen Arteon will soon undergo a new set-up. A second update that will allow this generation, the first, to extend its commercial life a few more years. At the moment there is no agenda for the development of a new generation for the Arteon range.

The development of the second “facelift” has begun, and proof of this are these spy photos. Our photographers have spotted in broad daylight a Test mule of the future Volkswagen Arteon 2024. A camouflage-free test vehicle. We can even peek inside! The main keys of the new Arteon have been revealed in these snapshots. Let’s go into detail.

The first thing we should point out is that we are dealing with a test mule created on the basis of an Arteon Shooting Brake. Let us remember that the Shooting Brake body variant was introduced as a great novelty in the last set-up suffered by the Arteon. Now, the German manufacturer is focusing on the most immediate future of this model in the process of transition to electric mobility.

The exterior of the test mule hunted in southern Europe does not present, a priori, changes. However, and if we pay special attention to the front bumper, we will realize that some strange temporary elements have been incorporated. It’s about the new sensors that will be used by driving assistance systems that will incorporate the new Arteon.

volkswagen it has no intention of excessively changing the exterior design. It is true that there will be cosmetic tweaks, but we should not expect big surprises. The evolution will be very small. Just what is necessary to transmit a fresher and more modern image. The really important thing will be inside.

The interior of the new Volkswagen Arteon 2024

Spy photos of the interior reveal where the changes will take place. Volkswagen is testing numerous items that will carry over to the future production 2024 Arteon. The central console, dashboard and instrumentation will be renewed. Special attention to the huge touch screen and digital instrumentation. Many of these components are provisionally placed. In the central tunnel there will also be new features, such as a new small lever transmission.

Regarding the range of engines there should be no big surprises. The latest information indicates that Volkswagen will maintain the same composition of the offer. That is, it will be possible to configure the new Arteon with gasoline and diesel engines. Now, they will be electrified with 48-volt light hybrid technology (MHEV). The plug-in hybrid versions (PHEV) will remain in the portfolio and will increase their prominence.

When will it be revealed? We must underline the fact that we are dealing with a test mule. The development process is at an early stage. If everything goes according to plan, it is expected that the launch will take place sometime in the second half of 2023. In any case, it will land on the market as a 2024 model.

Metaverse comes in second for Oxford’s word of the year

#podcast | If Alito gives in on electoral reform, there will be no alliance in 2024: Creel