Bullfrag
Home Technology Smartphone Vodafone becomes the operator that loses the most fiber lines in 2021... 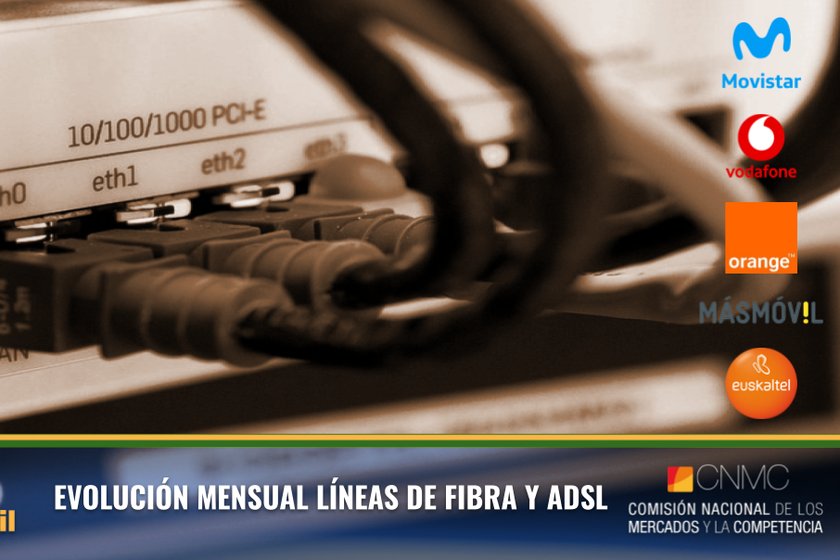 With the official data of the CNMC corresponding to the month of July 2021 in hand, we begin the review where we will analyze the monthly results of the transfer of fixed internet lines between operators, to deepen a more global vision of each telecom, including data for the month, the annual accumulated and the evolution compared to previous years.

After nine months with negative results, Movistar grew again in fixed broadband lines during the month of July for the second consecutive month, although its growth moderated to 2,700 lines won, compared to an Orange that about 11,000 lines were left, and Vodafone that returned to mark its worst record in recent years after saying goodbye to about 25,000 lines.

On the positive side, MásMóvil and the Euskaltel Group repeat as the operators that won the most lines, although the sum of 13,700 and 3,800 lines respectively, represented their more discreet growth than we have in 2021.

With respect to the month of July of previous years, Vodafone, Movistar, Orange and MásMóvil are the worst trend setters, the deterioration being notable in all cases. Only Euskaltel marked an upward trend.

Read:  Features of the Motorola Edge 20 smartphone with photos and price

Differentiating between access technologies (FTTH or fiber, HFC or cable and ADSL), with respect to last year the trend is maintained and almost identical figures are achieved with an increase of 1.3 million FTTH lines and a loss of 0.7 million ADSL, which means that approximately 600,000 lines have been migrated. With respect to last four years, the total of ADSL lines has fallen 2.78 million lines, the HFC loses 406,000 and users with fiber have grown by 4.5 million.

Regarding the evolution of the market shares reached in the month of July compared to the last four years, Movistar has lost 3.61 percentage points, Orange would have lost 2.34 points, and Vodafone lost 2.51 points. Tipping the balance would be the MásMóvil group, which grew 7.88 points, and Euskaltel, which gained 0.58%.

In Engadget Mobile | All monthly fiber and ADSL portability results.