Viva Aerobus is accused of giving flight to the Tigres: It leaves customers stranded 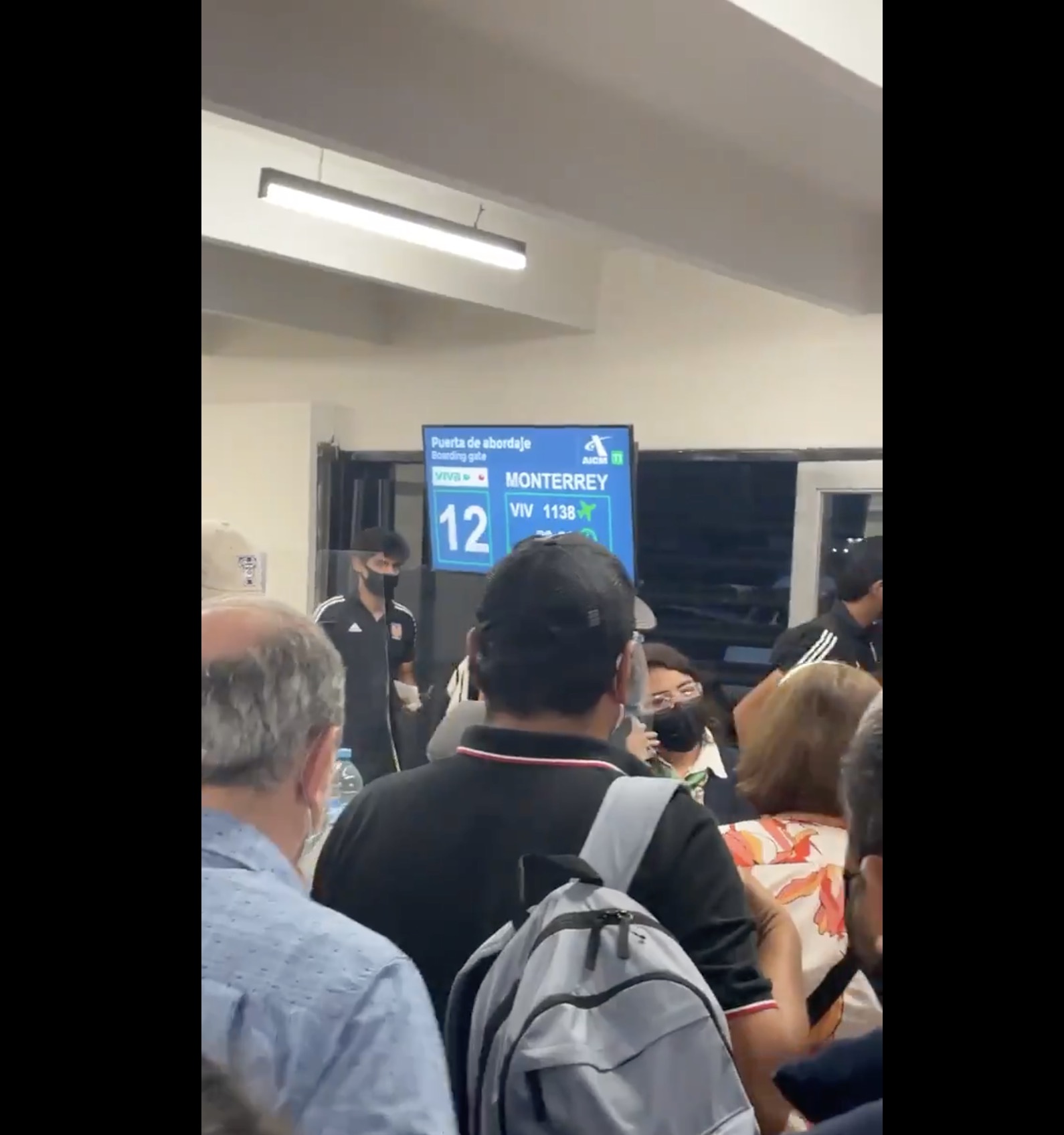 If there is something that the airlines in Mexico and the world suffer, that is without a doubt the flight delay. This aspect has become the protagonist of complaints from hundreds of passengers worldwide and now this type of complaint seems to have put both Viva Aerobus and the Mexican soccer team Tigres in check.

And it is that from social networks they have denounced the supposed delivery of a commercial plane already sold and they expected to approach dozens of clients, to the aforementioned sports squad, who managed to leave the airport, leaving many clients stranded who had been waiting for hours to take a flight that it would have been delayed on more than one occasion.

From social networks, the Twitter user identified as @Juantartico published a video in which various people are observed who apparently were trying to board a flight that would go from Mexico City to Monterrey, where their intentions to make the aforementioned trip, At least at the agreed time, they were stopped because Viva Aerobus, apparently, would have decided to close this flight to transport the players of Tigres, a team that the brand sponsors.

“Well it turns out that @VivaAerobus gave our flight to @TigresOficial and here we are at the CDMX airport with no solution @Profeco“Reads the message that accompanies the aforementioned video.

This publication was joined by many other comments where other passengers on the flight denounced the events attacking the service provided by the airline while accusing the soccer team of not respecting their fans.

In fact, some users assured that the solution provided by the brand at the time was the possibility of taking a flight at 1 in the morning, when the flight was initially scheduled for 8:50 at night.

Both Profeco and Viva Aerobus contacted users who expressed their complaint on social networks through responses that appear to be automatic.

Well it turns out @VivaAerobus gave our flight to @TigresOficial and here we are at the CDMX airport with no solution @Profeco pic.twitter.com/Ibt39aDwHC

Flight 1140 CDMX – Monterrey de @VivaAerobus. They delayed us since 8:50 p.m., thanks to the little ones @TigresOficial pic.twitter.com/Gncis85mx1

Ha ha ha @VivaAerobus it will never stop being garbage! And the @TigresOficial what up ? Out of loyalty to your followers, DO NOT grab and wait for the next flight! Fucking naquets

Sure, the players mainly the less guilty, but what a decision shit huh. Hold on tight @VivaAerobus

This matter is minor and the truth is that both Viva Aerobus and Tigres are beaten in terms of reputation.

Read:  This is how they react in networks after the premiere of "Luis Miguel, the series"

Regarding the brand, we cannot forget that projections provided by the Merca2.0 Research Department indicate that among the main problems of the airlines that cause annoyance among users in the country are unpunctuality (24.5 percent), the high cost and overbooking of tickets (21.3 percent), poor service during the flight (9.9 percent), lost luggage (7.6 percent), as well as the delay in delivery of the same (7.6 percent).

What happened, at least in the eyes of the consumer, hits the reputation of the airline in at least two of the aforementioned aspects.

Let us remember that, according to data published by Statista, people’s opinion of the company is the main factor (94 percent) that contributes or affects the reputation of a company, even above the recognition obtained (88 percent) or advertising (86 percent), a situation that takes other dimensions if we consider that 70 percent of people say that when making their purchase decisions, the reputation of the company that supports one is a fundamental aspect that, even, it has a greater value than the characteristics of the product itself.

Under this understanding, building a solid reputation for a brand today means more than being recognized in the market for certain particular attributes; managing public opinion through spaces such as social networks is a crucial aspect.