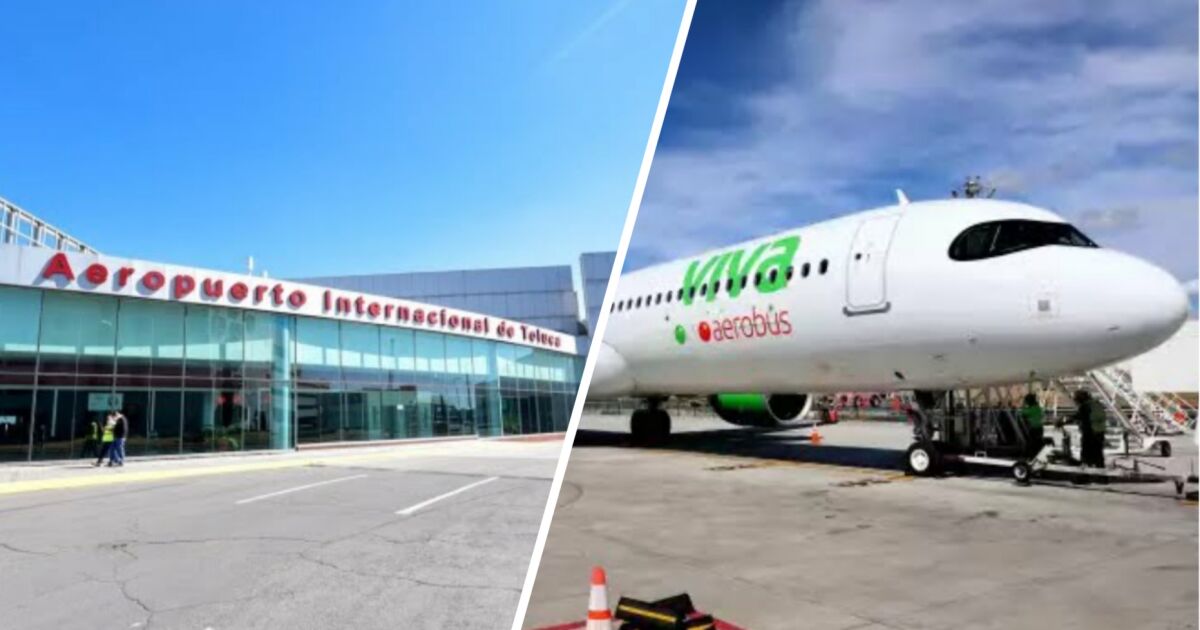 “With these four routes, we connect the State of Mexico with tourist and business enclaves in the country, thus favoring the development, accessibility and competitiveness of all these destinations,” said Juan Carlos Zuazua, general director of Viva Aerobus, quoted in a statement.

The flights will be operated with Airbus A320 and A321 aircraft, with a capacity of 186 to 240 passengers. Viva Aerobus’s announcement comes a week after it announced the opening of five new routes to the Felipe Ángeles International Airport (AIFA), as part of an agreement with the Federal Government to increase daily operations at the airport from 12 to 100.

Other airlines, such as Aeroméxico, also announced an increase in flights based on the agreement, which plans to move air cargo and charter operators from AIFA to AICM.